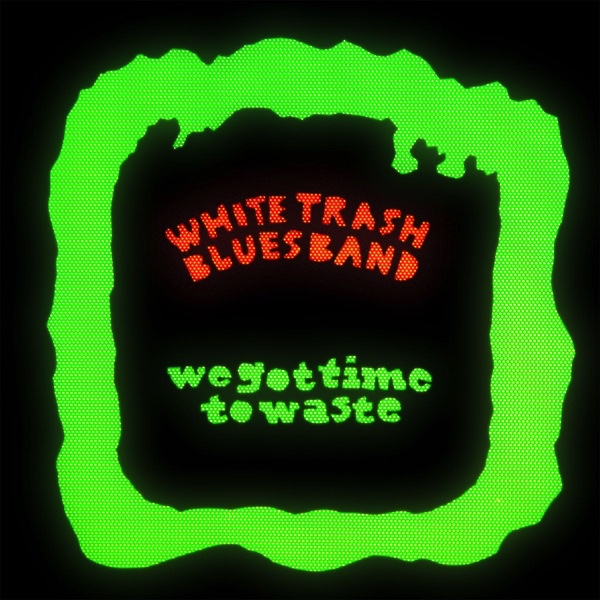 This band from Oslo may have dipped under you radar, in fact, they only hit mine when a friend sent me this album. With a title like White Trash Blues Band, my pre-conceived notion was a record of 12 bar tracks about getting up in the morning. Oh so wrong, these four Norwegians and one Aussie, formed WTBB back in 2018 to play simple rock and roll, with elements of gospel, soul and yes some blues included. It has taken them a while to nurture their identity, but with a large and influential amount of support, they have now managed to drop this debut, which came out back in November.

Of course each song has been written with a meaning behind it and the first, ‘W.T. Anthem’, is a short blast of inspired punk, dedicated to those who might like them ! ‘Mook City’ sustains the rawness and is about attempting to turn a miserable life around. With a kind of pop punk top end, there are some rewarding backing vocals to ensure it’s a shrill and joyous ride. I think the keys of Erling Zahl Urke add even more to the fun factor. The third track ‘Clean Up Your Life’ with it’s bouncy chorus, was originally by the Jackson Trumpeteers, but it’s pretty much unrecognisable, as the old style blues number has been given a total makeover with some additional lyrics. ’No Such Thing’ is more down trodden and I love the guitar hooks from Asgaut Bakken, that you hear in the lower levels. Fast and with the Ramones in mind, ‘Mizz Mizzng’ rips through chords without pausing. The lead vocals of Jan Magnar Hatlemark rattle the box and I like how he comes across on this, like a Scandinavian Joey Ramone. The title track, ‘Got Time To Waste’ is aimed at advising you to spend more time on yourself and indulging in things you believe in. A rather uncomplicated song that slows enough so you get the message and again the harmonies are spot on. A little more acoustic and with the skins of Paul Daniel in the foreground, ‘I Forgot How To Feel’ defines a broken heart. Warm and intense with that superb guitar slinging again. The vocals are robust and finely tuned making it one of the best songs on the album.

‘White C’ is another that fails to stop for air. It’s all out rock and roll and I like how they state the dedication and meaning of the song is too personal to divulge ! The idea behind ‘Big Dosser’, to quote from the band, is ’From the heavyweight giant Tyson Fury (boxing) – that’s what he uses to call his opponents when he steps up trash-talking to psyche them out’  WTBB do strike out on this one, it certainly has an amount of anger about it and conjures up visions of a street brawl. A cool drum intro, for ‘Quit The Devil’, which they choose for the title of a boy/girl failed relationship. It has a pleasant feel about it, despite the subject matter and reminds me of those early 90s bands that delved into the more psychotic themes. It’s a lighter trip on ‘Undertow’ which summons up more screaming guitar and the bass of Svein Andre Røe takes quite an epic stand. The chiming and fervour is so well spaced amongst the harder vocals, turning it into quite a bashing of a track. Last up is ‘Kept On Running’ and whoo, we finally get the bluesy bars. Actually it’s three and a half minutes of steamy and seductive music, which you can’t help but slowly nod you head to, simple but totally effective.

I’m not sure they realise it but WTBB are Nordic Garage post punk, as they do combine all the required elements. They set out to be fresh and energetic and I think that comes across on ‘We Got Time To Waste’. A dozen tunes, that the ‘Middle-aged men stretching the elastic’, (their description not mine ! ) have written with so much focus on what they believe in and whether it’s depression, anger or positive thoughts, the overall result is an amusing and enjoyable one.

Highlights –  Mook City, I forgot How To Feel , Undertow, Kept On Running .