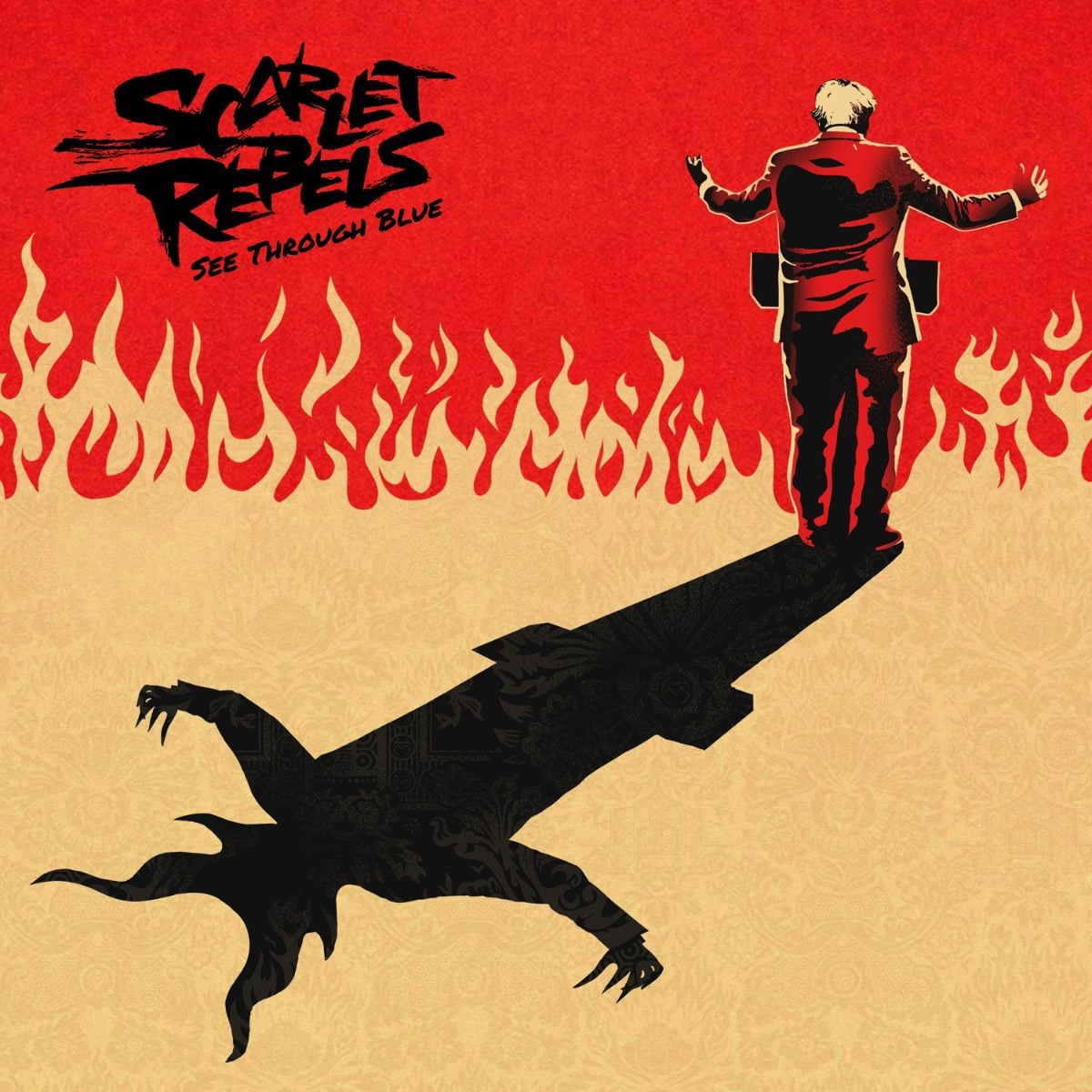 I walked up to Wayne Doyle recently, to tell him how much I was enjoying this album and being the unassuming frontman that he is, he replied with a nod and a genuinely humble thank you. In fact, he and the rest of Scarlet Rebels are so down to earth, always approachable and that’s one factor that makes them a favourite with fans. The main reason they are so well liked, is of course their music. Since they underwent a transformation and changed their name from VOiD, a few years ago and released the incredible debut ‘Show Your Colours’ in 2019, they have risen higher and higher. Now they are multi award winners, taking Best Band, Best album and Best new band in the last three years, with top media and music stations. This new album ‘See Through Blue’ consists of twelve tracks, the first five of which, are already available as singles and it’s a step up for the five Welsh guys, yet again. The response and reviews regarding the new songs have nearly crashed the internet and the outpouring over social media has seen nothing but praise and approval. So why is this album receiving so much attention ? Let’s look at the evidence !

It may be a personal statement but ‘I’m Alive’ reaches into your own soul and speaks volumes. Wayne cries out the lyrics with so much emotion and the guitar solo is delivered with massive chord handling, it’s a superb introduction. ’Storm’ should also be familiar with the Scarlet followers, having a chorus that can be shared by all. The guitar screeches again, providing body and another dimension to the track, towards the end. What I like about ‘London Story’ is that it’s a tale of romance, having feelings for a lost love is something many of us can relate to. ‘These Days’ has to be one of the songs of the year and we are only in January. Catchy beyond catchy and flowing without a single pause, you are presented with repeating lyrics and a smoothness of a rhythm that make the overall finish an absolute gem. ‘These days I’m neither left nor right, These days I’m not too far from flight, These days I’m just here holding on, These days have gone so wrong, They take their piece until it’s gone, gone, gone.’

The video below shows the band delivering to food banks, the donations are from fans at recent gigs.

Just when you think it can’t get any better ’Take You Home’ is equal in stature and is a song aimed at those who are feeling lonely. The underpinning hook and immaculate vocals, only give way towards the last quarter when a guitar solo is summoned for an impressive finale. The first ballad ‘I Can Sleep Now’ continues the theme, where the band’s tremendous song ‘Heal’ left off. It has the same gentle appeal and Wayne demonstrates his prowess and capability as a singer here. In contrast the next track ‘I Can’t Say’ is full on and upbeat. Gary Doyle’s drum kit is brought to the front and I love the kick he gives this. Be hard not to start dancing to it when you hear it , the jostling and vibe is infectious. ‘Take It’ has a subtle guitar riff that growls in the background and the more times I play this, the more I get into it. Breaking into further six sting fury and demanding vocals, it sinks into the skin. The second ballad ‘Leave A Light On’ is wonderfully written, I can see the phone torches waving during this already. Simply a delicate and adoring love song. ‘We’re Going Nowhere’ has a decent groove and ‘Everything Changed’ pulsates with a cascade of uplifting enthusiasm. Then like the final chapter of a good book the title song is left to bring us a conclusion. ’See Through Blue’ is a monumental piece, building and increasing with pace and then having a distortion of noise, that to me, reflects the anger and chaos surrounding us today, brilliantly done.

The pokes at authority are both obvious and hidden amongst these tracks and are credit to the writing ability of Scarlet Rebels. They also manage to put together differing themes, with ingenious musicianship and the talents of all members of the band cannot be understated. While all of this is happening, we have one hell of an album and one that’s going to hit the charts and stay a favourite with many of us all year.

Highlights  – These Days, Leave A Light On , I Can Sleep Now, I Can’t Say, See Through Blue.