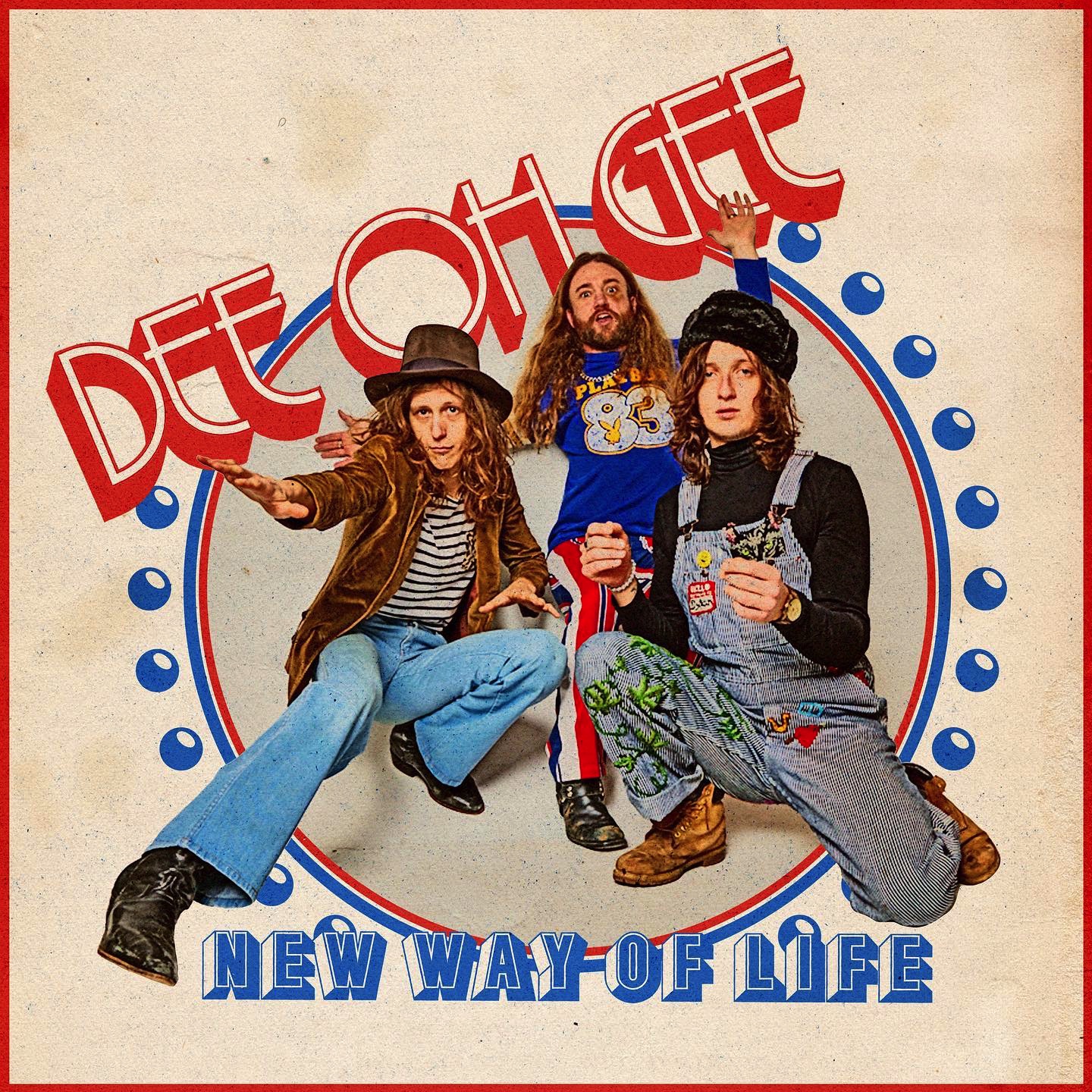 A new moniker, for The Blackfoot Gypsies, a change in orientation and now a trio. Aptly titled, ’New Way Of Life’ sees the Nashville boys take a wider stance from their Indie beginnings. A combination of Bluegrass and Rock with mixed influences such as The Beatles and The Flaming Lips, there is something pretty unique about ‘Dee Oh Gee’, which is the new title of the band.  Previous support slots have seen them with The Darkness, Buddy Guy and Sheryl Crowe and they have been heard on Planet Rock Radio quite a bit recently. So when I was handed a copy of this new album, it was on my playlist straightaway.

The first track, ‘Doesn’t Have To Be A Dream’ is a light and buoyant start to the album, an introduction that jumps at you, with a feeling of psychedelic love. ‘Lost At Sea’ casts a longer shadow, plucky strings and a slower tempo, it’s a mellow voyage that encapsulates the guys’ Nashville roots. The banjo, Whoo’s and rapid stomp of ‘Going To The Woods’ is fun filled and a joy, I love the way it carries on and on without an ounce of hesitation. The title track is more sustained and constant, building with guitar screeching, yet placid vocals, it slowly gets into your system and then remains firmly in place. The band go full blown Country/R&B on ‘Mask’ a jaunty trip of a song, that’s fuelled on whiskey from the local still. The single ‘I can’t take it’ is Beatles inspired and takes your breath away, stunning. See the video below –

‘Lay It On Down’ echoes more of Southern Blues as hazy lyrics are backed by softer keys and gracious harmonies. One of my favourite tracks ‘I Got Living To Do’ is pure rock and roll swagger. A raunchy rhythm and nonstop boogie, the bass is given some air and it’s just another that lifts the spirits, think ‘Johnny Be Goode’ with a twenty-first century upgrade. ‘I Got A Message’ also harkens to the Southern vibe, although more Black Crowes and Rival Sons, than Hillbilly, it repeats and flows with a plucky grandeur. Another that gets under the skin is ‘Looks Like Problems’ there’s something about the way it straddles the line and it’s such a comfortable song to just relax and listen to. As we reach the final number ‘Going Down To Texas’ it’s back to unrelenting boogie and twelve bar blues, which are inserted to pour Rock and Roll richness right over you.

I had no previous knowledge of Dee Oh Gee, however accepting the album to review has been a pleasure. What a radical take, on what is often seen as a standard genre. These young bloods provide contemporary Bluegrass and Rock, with lashings of originality.

Band Quote – “This album is the culmination of our influences put through our own filter of perspective. It’s our first step as a new band and establishing our direction. It’s made to share with others and to resonate personally.”

‘Contemporary Bluegrass and Rock, with lashings of originality’.

Highlights – Doesn’t Have To Be A Dream , New Way Of Life, I Can’t Take It , I Got Living To Do

Track Listing – Doesn’t Have To Be A Dream , Lost At Sea, Going To The Woods, New Way Of Life , Mask, I Cant Take It, Lay It On Down, Mason Dixon Line, I Got Living To Do, Truck Driving Song, I Got A Message, Looks Like Problems, Going Down To Texas.

Album is available via Bandcamp.Com  HERE