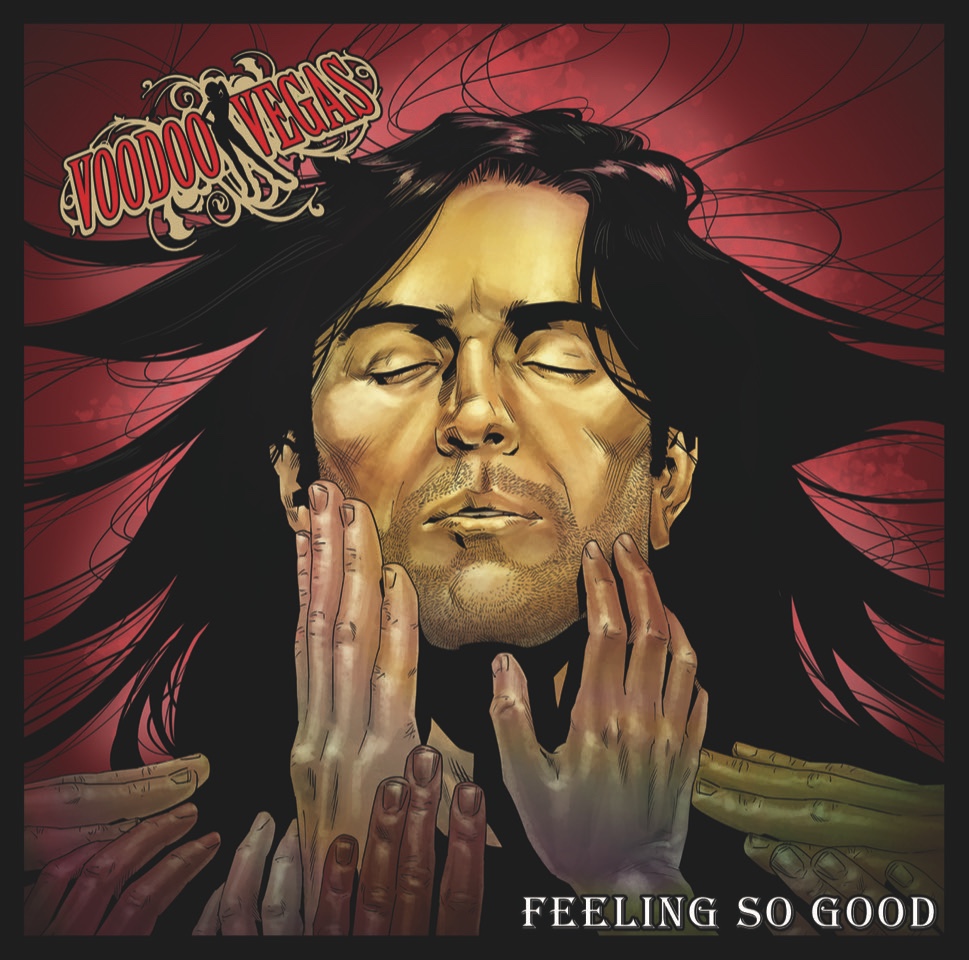 The time will soon be upon us when VOODOO VEGAS release their third album. Suffering at the hands of the Pledge Music catastrophe, when ‘Feeling So Good’ was being recorded in Spain, the band remained undeterred and have continued to tour and play festivals, despite the setback. Voodoo Vegas go back as far as 2012 and can be seen regularly not only in the UK, but also on the continent, a gig has even been lined up for Singapore next year. The Bournemouth based rockers certainly know how to impress as they toured with Gilby Clarke (Ex Guns and Roses ) during only their first year together.

‘Don’t Need Your Love’ came out as a single back in May and was well received, a flowing stomp of a rocker, it’s a brilliant introduction to the album. You are immediately in awe of vocalist Lawrence Case, who can certainly deliver. Sturdy guitar from Merylina Hamilton and Jon Dawson continue the rhythm as ‘Revolution’ follows. Sending a strong message with more catchy lyrics and easy on the ear vocals. After the slower ‘Follow Your Leader’ and moody grind of ‘Puppet’ there is another turn in direction as ‘Pretender’ combines fluid, punchy funk with some quite outstanding work from Case.

‘How Much Is Enough’ has quite a solemn start, chanting in Native American style gets the message across from the beginning. Full of more creative sounds from the guitarists that make this track stand out. There is an interlude with the instrumental ‘World Keeps Turning’ that lasts for a brief minute, before ‘Who I Want To Be’ returns us to the rocking theme. The title track ‘Feeling So Good’ is a powerful rendition, pumping and pounding it also has great instrumental solo’s and spellbinding riffs. ‘Come On Over’ allows the rhythm section of bassist Ash Moulton and Mike Rigler on drums to shine. It demonstrates what all round talent Voodoo Vegas consist of, as Lawrence Case again, raises the level in the most charismatic way. The uptempo ‘Love Shines’ is the 10th and final track, it is wonderfully messy, so differs from most of the previous songs.

A spectacular listen, ‘Feeling So Good’ is really exceptional, a lot of diverse styles collaborate to bring an album that you can play over and over, still hearing something new each time. Much anticipated, it is released on November 1st, but you can pre-order a copy HERE

‘An Album you can play over and over, still hearing something new each time’.

Highlights  – Revolution , How Much Is Enough, Come On Over