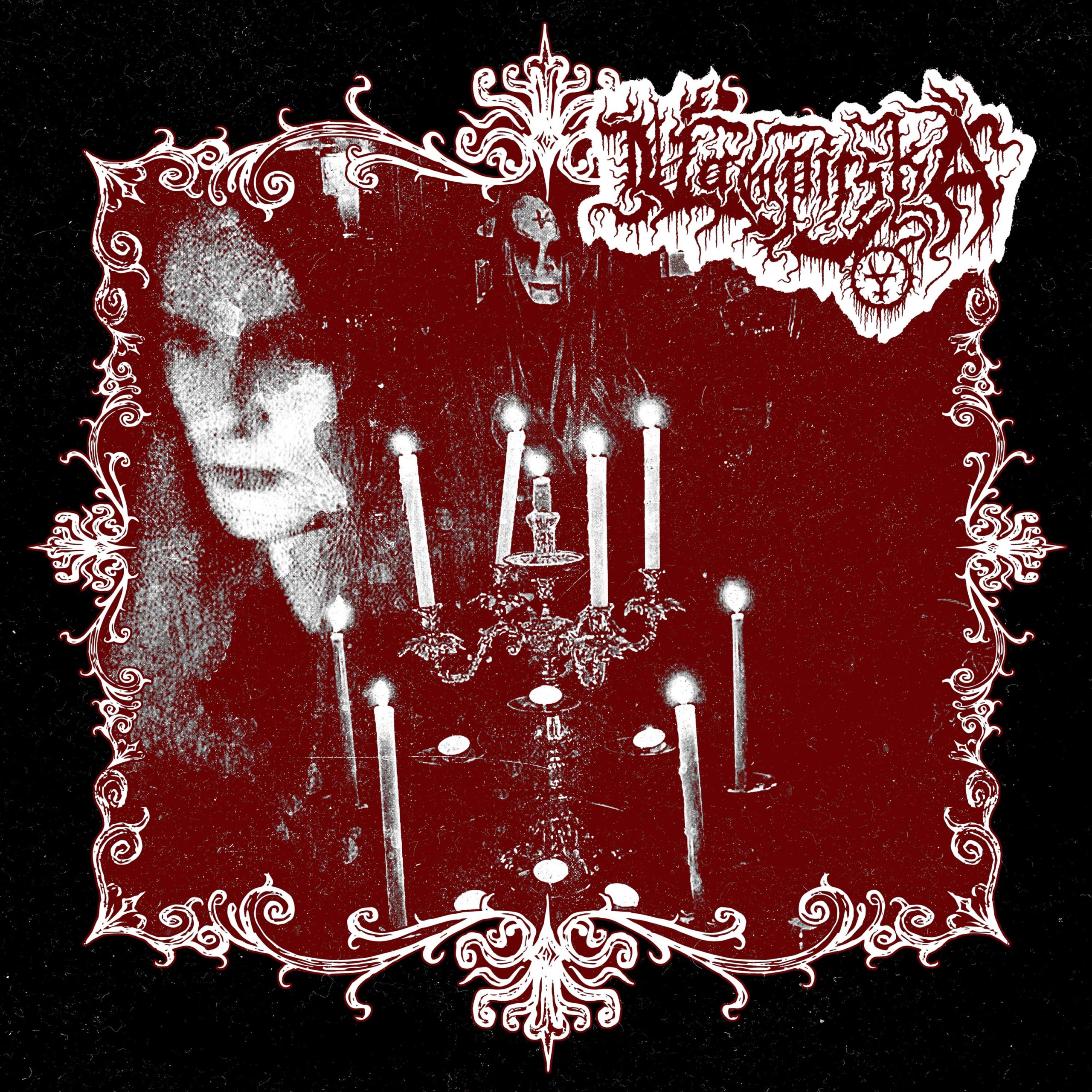 Vampirska had a lot of irons in the fire this past year, abound in three mysterious, profound and luscious splits released together with Glemt, Hermites, Saidan, Forbiden Tomb and Wampyric Rites. And yet, despite having its vampiric hands full of vicious creations, teased us with creeps-giving Astral Transfixion: My Heart Devoid of Any Entity, a track spelling the upcoming full-length album.

Vermilion Apparitions Frozen in Chimera Twilight is – oh, irony – just about to see the light of the day, being released 1st March 2022. As always, Vampirska’s cryptic entity portends a few solid pieces of raw black metal to come. The upcoming release is composed of six lengthy and malign tracks, starting with a grim and permeative intro Dreamblack: Drowning in Anhedonia, greeting with listless vibes. Next is the harsh beauty of Midnight: An Illusive Vision into the Boundless Sky of Mourning Stars with Prominent Eyes with its howling blizzard-like shrieks, absurdly warmed the cockless of my heart. Even though this track and the whole album falls into vampiric black metal aesthetics, it’s not keyboard-heavy. Organs appearing in the second track are a sophisticated touch and sombre completion of this bittersweet stunner.

The next piece, Astral Transfixion: My Heart Devoid of Any Entity, feeding ravenous souls with a storm of smashed cymbals and a wall of tormented shrieks, evolves at the end into a trip of ripped and fading sounds. It’s also the deadliest and strongest track on the whole album, and my heartwrenching guilty pleasure since its release in October. Pareidolia: The Bringer of Poison & Toxic Passion, coming right after, composes of the fairly spacey and melodious escapade of sounds, where blasting guitars are interlacing with bleak organs, reflecting the mind’s pareidolic illusions, seen during sleepless nights. The penultimate track, Vermilion Apparitions: Five Hundred Sleepless Nights… Drained by Distress, All I See is Red…, is an almost ten-minute long ballad of an oppressed and obsessed soul, desperately thirsting for something mysterious and forever out of reach… This sad lay is, in so many words, told by crying guitar, drum cracks and echoing shrieks. The Vampyric Condition: Romanticism & Mystique Masked by an Empty Face… to Never be Seen Again…is a grievance and no mistake. Looped sinister riffs and tremolos, combined with squalling blasts, topped up with haunted vocals, leave no delusion – behind the romantic mask of eternity, there’re never-ending sadness and emptiness. The last one is a raw, yet atmospheric display of what’s the most delightful in the whole album.

It’s a solid and self-defending release. Vermilion Apparitions Frozen in Chimera Twilight brings a fresh scent of darkness. I wouldn’t say it’s a groundbreaking album, but definitely one of Vampirska’s best. For fans of raw extremes, looking for something full of ritualistic and strong passions.

Highlights: Astral Transfixion: My Heart Devoid of Any Entity, Midnight: An Illusive Vision into the Boundless Sky of Mourning Stars with Prominent Eyes, The Vampyric Condition: Romanticism & Mystique Masked by an Empty Face… to Never be Seen Again…

Vermilion Apparitions Frozen in Chimera Twilight is available via Inferna Profundus Records from 1st March 2022 and can be purchased here.