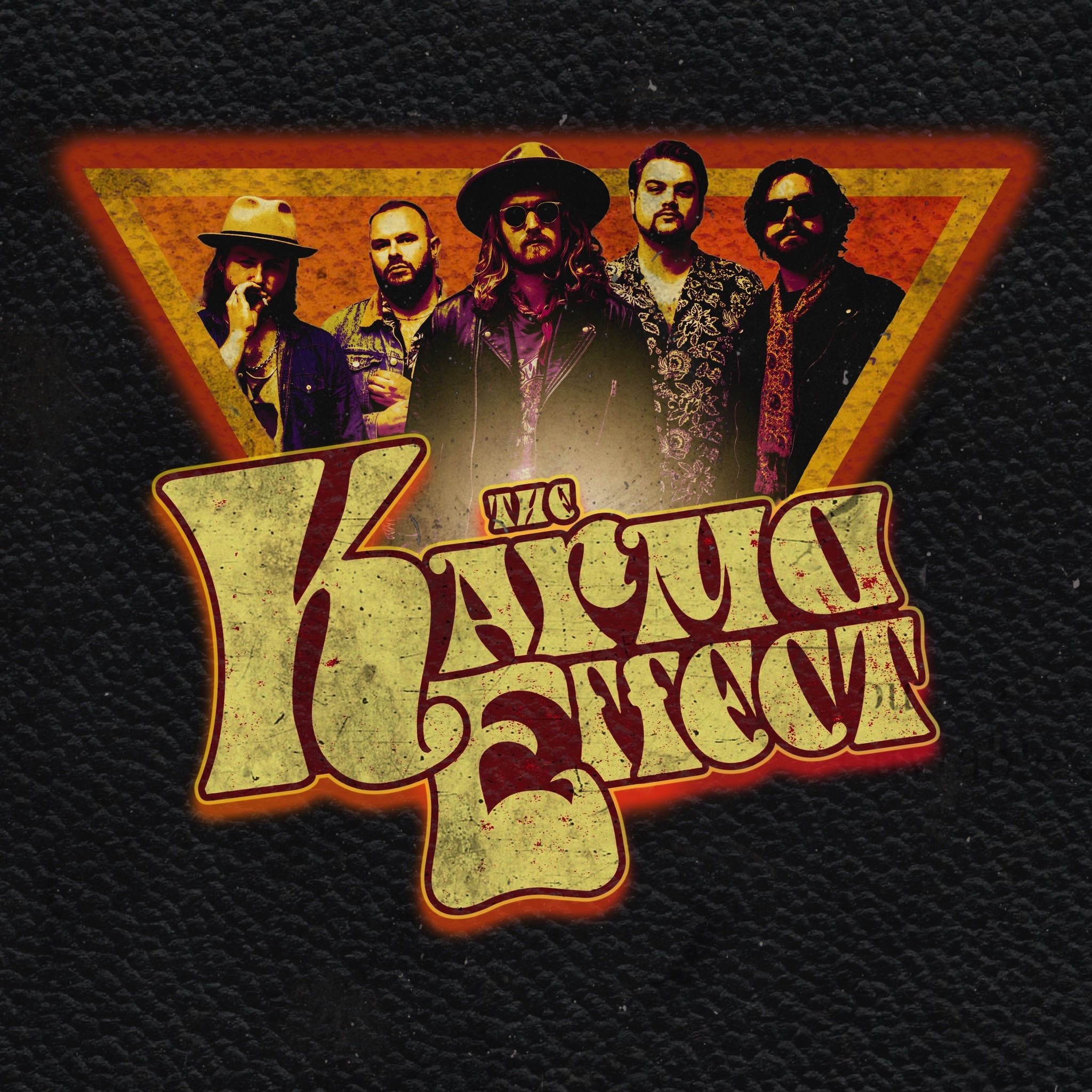 Forming a band at the start of a pandemic may not have been the wisest move, but this is what happened to Henry Gottelier. He was all set to release a solo project but with friends and acquaintances joining up with him, it soon turned into a band and The Karma Effect was created. However, lockdown failed to prevent the band writing and producing songs, even if they were in separate bedrooms and only had zoom calls to interact. Eventually they managed to release a few singles and this led to them being signed up by TMR Management. Their first gig was only in June 2021, but since then they have emerged as one of the hottest new bands around. Recently being able to get into a studio and record the tracks, means March 18th sees the drop of the self titled album and a launch show in The Crown Inn, Old Oxted. Also, the guys are already being added as support for a few well known bands, such as Scarlet Rebels and Revival Black. There are Eight tracks on the album, including the single ’Steal Your Heart’ which reached #2 in the Amazon Rock charts.

The next single due out on March 2nd is first up, ‘Doubt She’s Coming Back’ is a fiery up beat piece that, although simple, has this mind blowing hook, one of those you have to keep playing. It’s almost the same with ‘Mercy’ which swims along with a smoothness that’s just delicious on the ears. I like the boldness of ’Save me’ and the strength it has. A track with gospel influence, that sees Henry’s vocals delve into every note with such warmth and passion and the keys of Seb Emmins are enrapturing. I can imagine them playing that one day with a full choir. ’Stand’ is a mellow song, but again has a suppleness that this band seem to be able to capture and retain without any difficulty. ’Steal Your Heart’ did really well as a single and was probably the introductory number for many of us. Strains of Southern rock are the base layer for quite a punchy track, think Bad Touch and The Answer as a guide. Henry’s voice is maintained at a high level and the harmonies soften it, so overall it’s a good combination. ’Testify’ strolls in with laid back Southern attitude and the gentle rhythm rises now and again to deliver subtle guitar chords and some serious strumming from Robbie Blake, with plenty of harmonies added. The album glides effortlessly into the next song, ‘The River’ which kicks as it rambles and digs in with another adhering melody. The final offering ‘Wrong Again’ is in the same vein and there are more decent guitar strokes from Robbie overlapping the drums of Ash Powell and Liam Quinn’s bass.

For a band as new as The Karma Effect, this debut is quite astonishing. To put together eight songs that integrate so finely and to have such a seamless result, is something even longstanding bands would struggle to achieve. I like their sound and how cool they come across, having a keyboard and two guitars increases the richness and Henry Gottelier has an incredible voice. Safe to say they are going to be busy from here on in.

‘ Eight songs that integrate so finely and to have such a seamless result, is something even longstanding bands would struggle to achieve’.

Highlights  – Doubt She’s Coming Back, Save Me, Steal Your Heart

THE FORTHCOMING DEBUT ALBUM ‘THE KARMA EFFECT’ OUT 18TH MARCH 2022