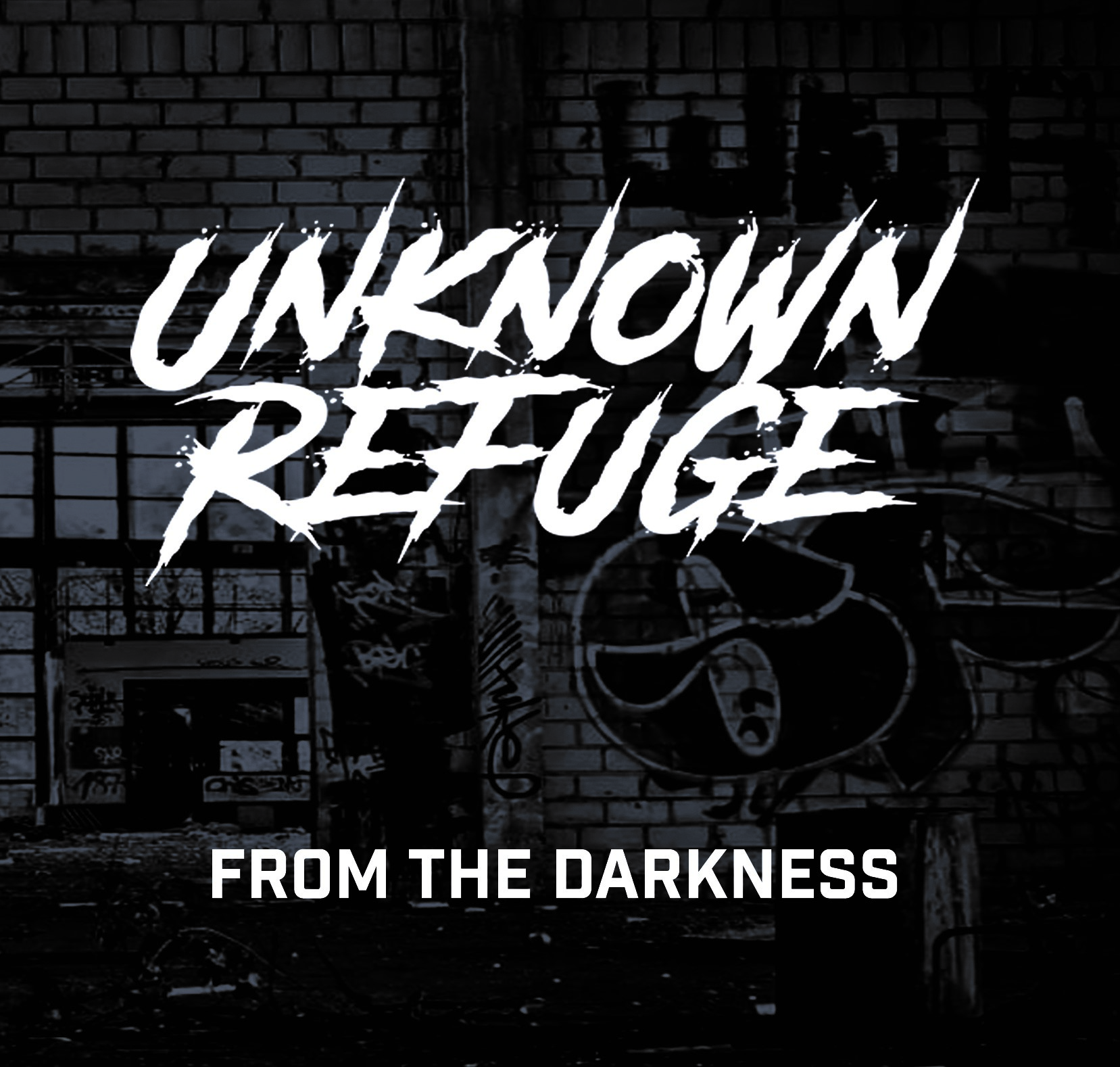 These guys are Bolton based , but met while studying at the Music and Performing Arts Service in Salford. Alex Mancini and his friends joined forces in 2016 and it didn’t take long for them to start winning titles, like the Salford Battle of the Bands Competition. Over the past few years they have changed personnel and developed their style and sound. With the profits from a load of gigging they have managed to fund their album and after 4 years in the making, it’s finally ready. My first encounter with Unknown Refuge was at the Stonedeaf Festival in 2018, when they headlined the awesome Friday night party. All I remember is a group of very young men, with a massive amount of support, playing with ferocious energy, well it was a party ! Since that show they have eluded me on the road, so it was a pleasure to get a chance to listen to ‘From The Darkness’ which drops on Friday 26th March.

Like a ghost walking in the moonlight , the eponymous intro is just over a minute of eerie tinkling piano, low notes and ominous steps full of trepidation. It’s a superb lead into the first track proper, ’To The Light’ and yes we come from the darkness to the light. Bit of a classic NWOBHM feel about this one, loud anthem sounds and bashing riffs with a screaming guitar filling in the gaps. I doubt these guys were able to witness the bands of the 80s first hand, but they capture that classic Brit ‘Old School’ magic on this one. On ‘Kicked To The Floor’ crisp guitar playing is soon bonding with heavier drums by Morgan Deveney and a deeper melody ensues. The pace is slow and thudding and the title is well fitting, it rolls and gathers a more pulsating tempo and we hear an increase in screeching strings towards the end. I’m beginning to get where Unknown Refuge are taking us. A decent mix of drums and gritty guitar get ‘Battle Hymn’ into gear. A punch drunk rhythm and a few backing vocals create a lighter rock aura and it spans with effortless quality. Intensifying drums and pounding see it out and there’s more of that incredible guitar from Jack Tracey.

’Shadows’ has a misleading introduction, a simple bass and cool chords. But the pleasantly is soon over, striking drums and the mother of all riffs take control to back up Alex Mancini’s vocals. There’s a feel of Pantera’s ‘Walk’ about it and you remember how that stuck in your head ? Well this number is pretty damn close to that. ‘Palace Walls’ continues the heavy onslaught and fret racing fingers are in full control. The ambiance is totally engrossing, then we reach the last third and the descending ladder to hell, low penetrating and as fierce as you can get, wow love it. ‘Wall Of Lies’ reminds me a little of Wayward Sons, it has that slower and meaningful aspect to it. Repeating and building chords give it a touch of class and again Tracey delivers on his axe with stacks of added rhythm guitar, by way of Harry Skinner. ‘If The Gods Be Good’ have the lyrics –

‘Lands Are Burning People Turning, Fighting Riots In the Streets, Men and Brutes All Like Will Survive, Woooooooah’

It is quite a political message and also very accurate, when considering recent events. It flows uncontrolled like Mercury and the menace is tactfully absorbed. The old school rock effect, is back with a vengeance when we reach ‘I’m Not A Bad Guy’ a loud mash up with continuous riffing and almost a drum solo. Going out like a runaway train, with grating guitar, this is ‘Unknown Refuge’ paying homage to the likes of Maiden and Saxon. A folky Jig from the Isles, is the way ‘Journey’ embarks on its path. Getting into a steady tempo with bounce and inspiring lift, it ends the album on a high plateau overlooking all in its wake.

A very bold debut and I like Mancini’s writing, he uses Greek Myths and Ancient Wars, as influences on tracks such as ‘Shadows’ and ‘If The Gods Be Good’ and these are a credit to his skill. The overall variety on ‘From The Darkness’ makes this a promising album and the band will gain a host of new followers after hearing it, there’s no doubt about that. I enjoy the way they revive the old school classic sound and give it some renewed energy.

‘A classic NWOBHM feel about this one’

Buy ‘From The Darkness’ CD: www.unknownrefuge.co.uk

Pre-save ‘From The Darkness’ on Spotify: https://distrokid.com/…/unknownrefuge/from-the-darkness-2