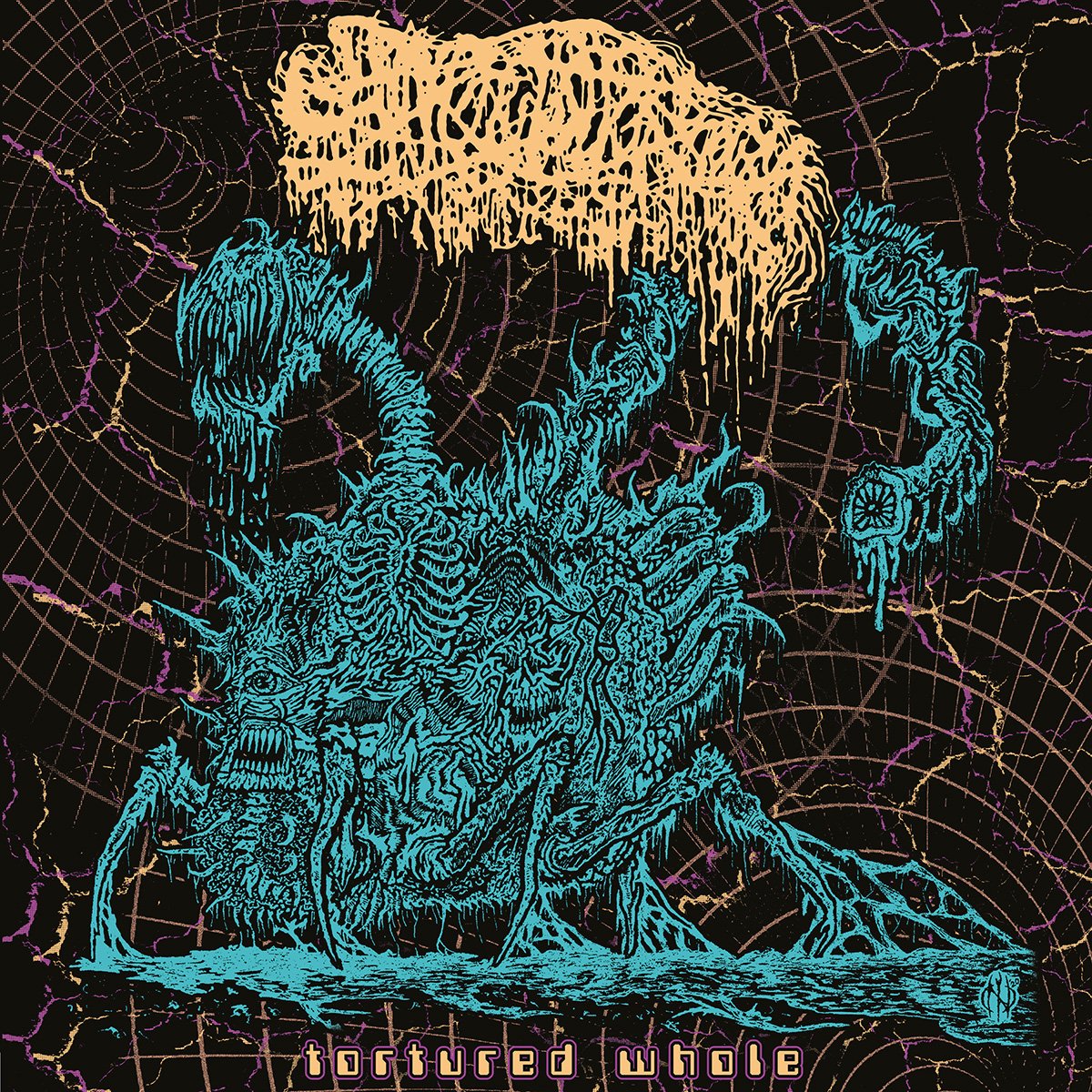 After a well received EP in 2019, four piece Ohio band Sanguisugabogg are on the cusp of releasing their much anticipated debut full-length of their self-described brand of ‘down-tuned drug death’, so let us find out exactly what that means!

“Sanguisugabogg” – a name comprised of the latin word for “bloodsucker” (that being “singuisguga”) and “bogg” which is a nod to both band founder and guitarist Cameron Boggs as well the English slang for “toilet”. So yes, quite the combination and it is a staple of how the band do not take themselves particularly seriously; this is also prevalent in some of their music videos, if you are brave enough to watch them however. Despite their tongue-in-cheek appearance and outlook, their music is absolutely crushing and a force to behold.

‘Tortured Whole’ is a love letter to old school death metal and the over the top putridity that often comes along with it, it is one seriously gory death metal sludge fest and fans of Mortician, Bolt Thrower and other classic heavy hitters will feel right at home spinning this record. Throughout the album is a generous helping of riffs that pack some serious weight to them and the combination of groovy chugs and wild harmonics make for prime headbang material. Single ‘Gored in The Chest’ is a great example of the riff work and fits right into the old school death metal groove.

A couple of other stand out tracks include ‘Dragged By A Truck’ that is a powerful and punchy stomping ground and highlights some superb drumming by Cody Davidson. Another is the title track ‘Tortured Whole’ where we expand out into some dynamically changing rhythms and leans more towards the death doom styling as opposed to “full speed ahead” type of death metal. One thing to note however, is the sound of the snare drum, it is clear to see they are aiming for that traditional death metal snare where there is a lot of space and reverb around it, but here on ‘Tortured Whole’ it sometimes misses the mark by sticking out like a sore thumb and all of your attention will be focused on that and not the song as whole.

Sanguisugabogg have also featured a couple of instrumental interlude tracks that help to break up the pacing and attempt to add a little atmosphere – but as there isn’t much sign of these sounds in the rest of the album, they feel a little out of place. Charmingly entitled tracks ‘Pornographic’ and ‘Interlube’ sound like snippets from the soundtracks of Stranger Things and Blade Runner respectively and while interesting enough on their own, they don’t seem to quite fit with the overall experience.

Even with quite a substantial build-up of hype, Sanguisugabogg have produced something not quite generic but not quite innovative either and sits somewhere in the aether of  the “new old school” death metal realm. There is certainly enough here for fans of the genre to get to grips with and thoroughly enjoy, particularly with the riff work and solid vocal performance by Devin Swank. Beyond that however, it falls short of being something that lives up to the hype surrounding it but still serves as a decent first-step for Sanguisugabogg to build upon, especially if they look to incorporate some of the atmospheric sounds into their main content it could be quite an exciting album when they get round to their next gore soaked effort.