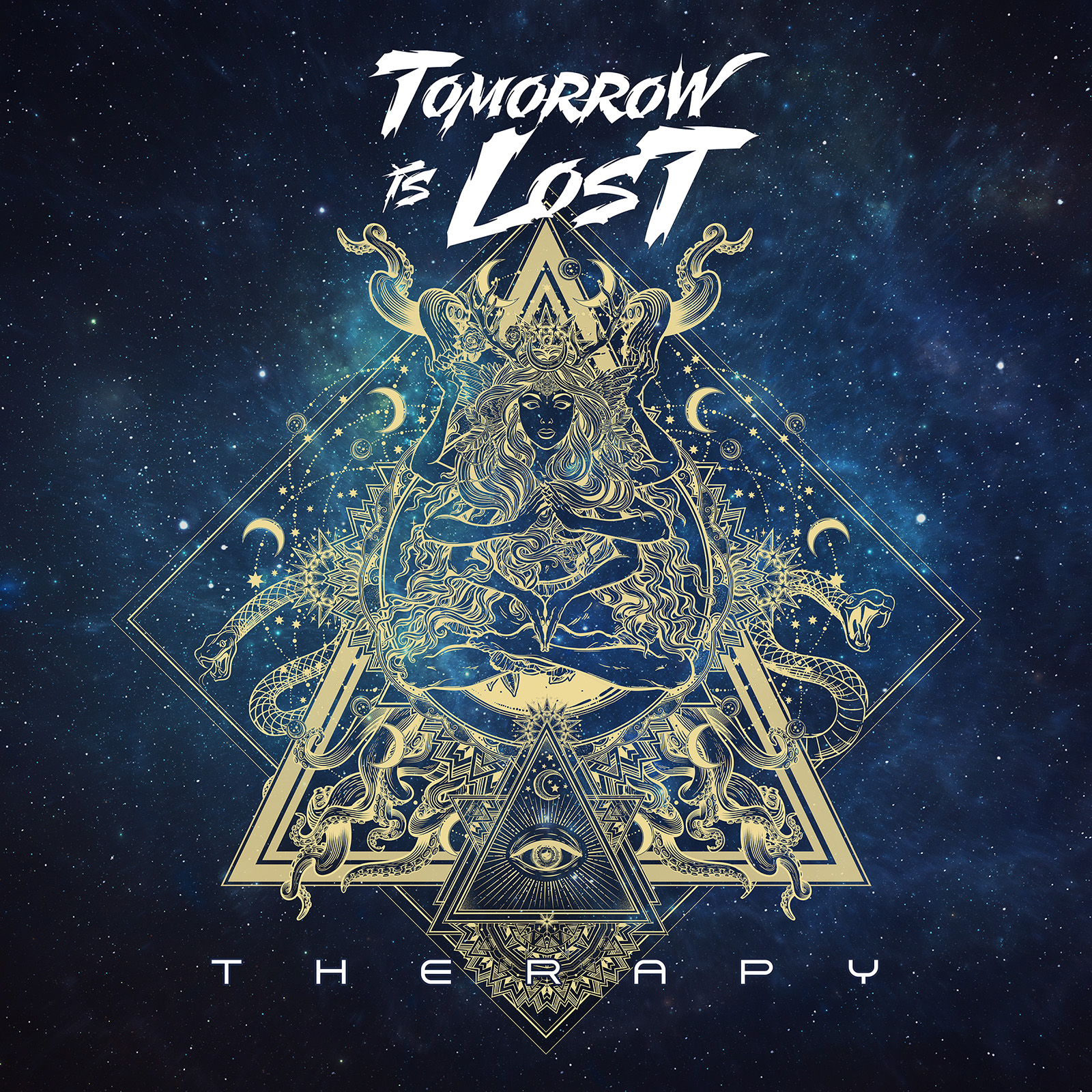 Just a few years old, the Tyneside band Tomorrow Is Lost are quickly making a name for themselves as a hard working band that deliver live. With air time on radio and BBC Introducing, their EP ‘The Shadowman’ received great reviews and garnered them a good fan-base. They follow this up with their debut full length album, ‘Therapy’, released via Eclipse Records on 13th March this year.

With incredibly melodic and beautific vocals, it would be easy to compare TIL to the likes of Halestorm or Kane’d, and I hear a little Shirley Manson in there, but this is a band that stand apart from the get go, their storytelling lyrics and powerful vocals coordinated deliciously with a hard and heavy instrumental, forceful and compelling, powering the songs forward.

After a short instrumental intro track, the pounding drums and reverberating bassline which open ‘Wildchild’ are matched with almost angelic vocals and forge towards a snarling and angry chorus. Lots of attitude and so good to listen to.

‘Smile’ sees a distorted vocal which builds to a powerful bridge and chorus, which are simply impossible to resist. Grungey riffs hook me in and this track embeds itself in my mind. Not to be predictable, the surprise groove changes in ‘White Noise’ are intriguing and enchanting, high-pitched ethereal vocals become more earthy and incredibly harmonious in a loud and assertive chorus which blows away the cobwebs.

‘Self Destruct’ is a real stand out track for me, a gentler vocal rising towards a big chorus, more melancholic and terrifically multi faceted and emotive. That voice! I adore ‘Black And Blue’ too – a stunning display of vocals which propel a more subdued instrumental, with a growling chunky bass to die for. The song tells a story and is so emotive I feel every word.

‘Hideaway’ is characterised by a massive riff, heavy groove and sing-along chorus but to be honest is my least favourite on the album, not that I don’t like it but it doesn’t grab me as much as the other tracks.

The emotionally-charged ‘Too Young To Know’ opens with an acoustic guitar and angelic vocal and builds mouthwateringly slowly, at the 1 minute mark a more insistent demanding vocal leads to a soaring chorus then the track becomes altogether heavier musically. And I just love the screaming guitars.

A buzz of energy signals the start of ‘Electric’, which is again both fabulously melodious and catchy. This song is so in your face it melts your lipstick. The different style vocal in places illustrates the true flexibility of this great singer, and the grungey feel reminds me of listening to Garbage for hours and hours on repeat. Love it.

‘Pause Rewind’ is more uptempo, fast and furious with gnarly guitars, and the multi layered and theatrical ‘Therapy’ closes the album, the music chugs along and the vocals transport you away, lost in the lyrics.

This is an astonishingly great debut album and one of the most satisfying albums I’ve heard in a while. The vocals are rich in both texture and complexity and the interplay and connectivity between these and the heavy instrumental is sublime. A perfect blend of melodic hard rock with hints of grunge and punk, this is a real treasure trove of melodies and emotion. My only reticence is that most songs are under 4 minutes in length, meaning it is over far too quick for my liking, otherwise I love it.