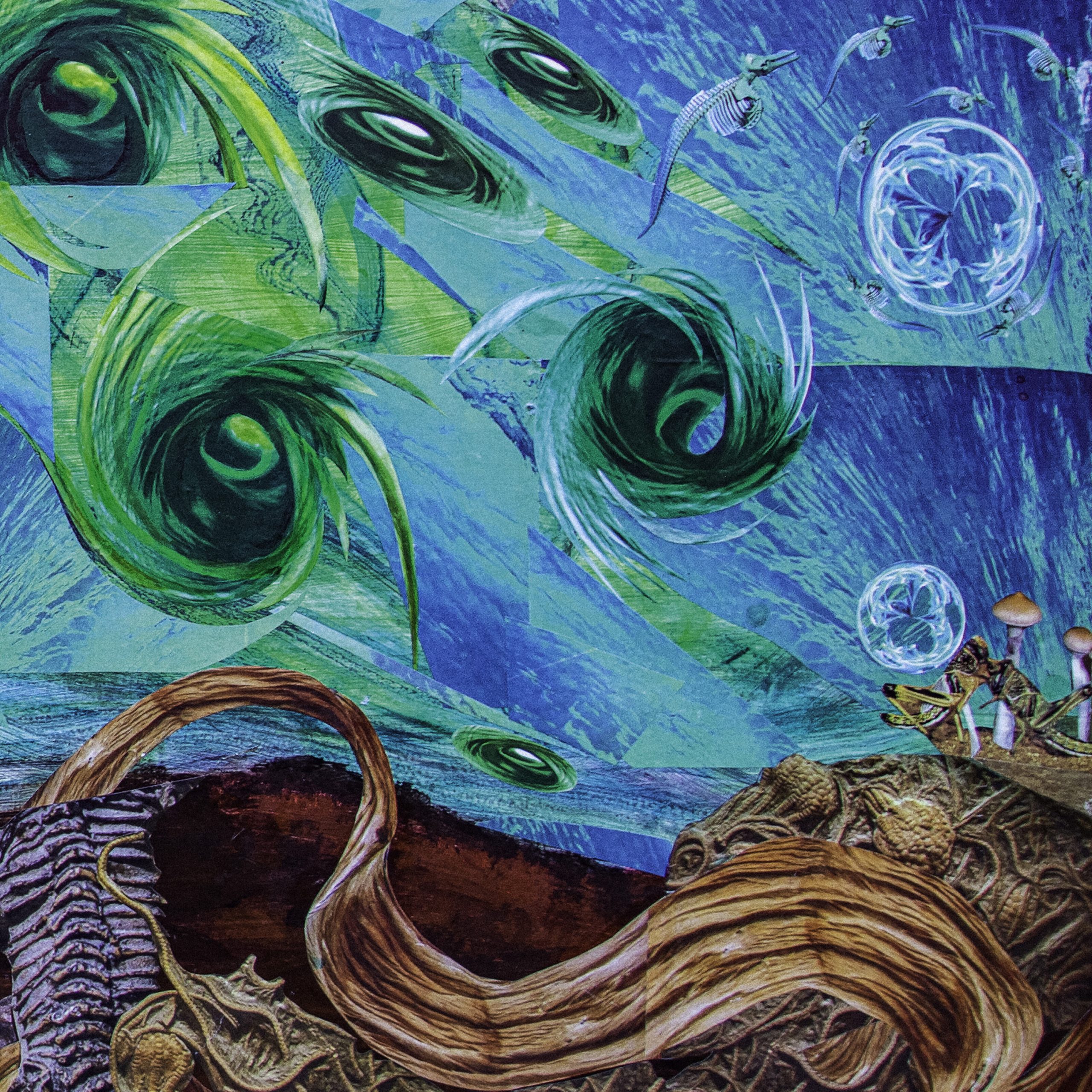 For those who don’t know, Intronaut are a band from Los Angeles that play a mindbending, jazzy, highly technical style of metal, with elements of post-metal and stoner sludge. The Direction of Last Things came out over four years ago, and Fluid Existential Inversions marks the longest break between albums for the four-piece, not least due to line-up changes and a small hiatus. After former drummer Danny Walker was fired after domestic abuse allegations a couple of years ago, Intronaut have brought in Alex Rüdinger, known for his stickswork in Whitechapel and the Faceless. With large boots to fill, can Rüdinger do it? In short, yes. His chops are just as impressive as anything Intronaut have done previously. As strong as their preceding albums have been, Fluid Existential Inversions raises the bar even more in terms of musicality and quality of songcrafting.

After a short intro that sets the scene for the album, ‘Cubensis’ is the first ‘proper’ track on the album. Released previously as a single, it is a shifting, mind-boggling track that allows the bass to take the lead in many sections as dual guitars battle it out at the top. The drumming is simply crazy, as it weaves in and out of intricate jazz rhythms, locked in with the guitars. Rüdinger also employs some jaw-droppingly impressive percussion patterns on ‘The Cull’. ‘Contrapasso’ is a little more straightforward in approach, but with all the same power. It has a beautiful, ethereal section from the middle, which sends the listener up into space. Intronaut are experts in creating these floating atmospheres, honed to near perfection over their many years of experience in the band. With soft, well-harmonised vocals phrased from far outside the heavy metal genre, Intronaut do not settle for complacency for one second. The softer moments are sprinkled throughout the album, and provide a beautiful contrast to the dizzyingly heavy sections.

It could be easy to focus on the lighter parts of an album, as an obvious contrast when examining an album in the metal genre. Yet ‘Pangloss’ has an absolutely crushing opening section, and even goes to evoke Meshuggah. Their heavy sections have a bludgeoning sludgy quality, but still as if the riffs have transcended above typical –isms from this genre. Fluid Existential Inversions seems to have benefitted somewhat with the absence of ‘excessively’ long song lengths, with only a single track reaching over seven and a half minutes. This has taken nothing away from their ambitious approach to songwriting, and each track still flows from section to section, which may be disparate in isolation, but as a collective are highly cohesive.

It feels as if Intronaut can only get better and better as time passes. With a myriad of elements to the music, this is no easy listening, although it is easy to listen to in the sense of the slick production, where no note goes unheard, buried in the mix on any instrument. Each different soundscape drifts in and out seamlessly. Intronaut have proved on Fluid Existential Inversions that they are the modern masters of combining dreamy atmospheres, brutal metal grooves and jazzy, proggy wizardry. Long may they reign.

Fluid Existential Inversions is out NOW on Metal Blade Records