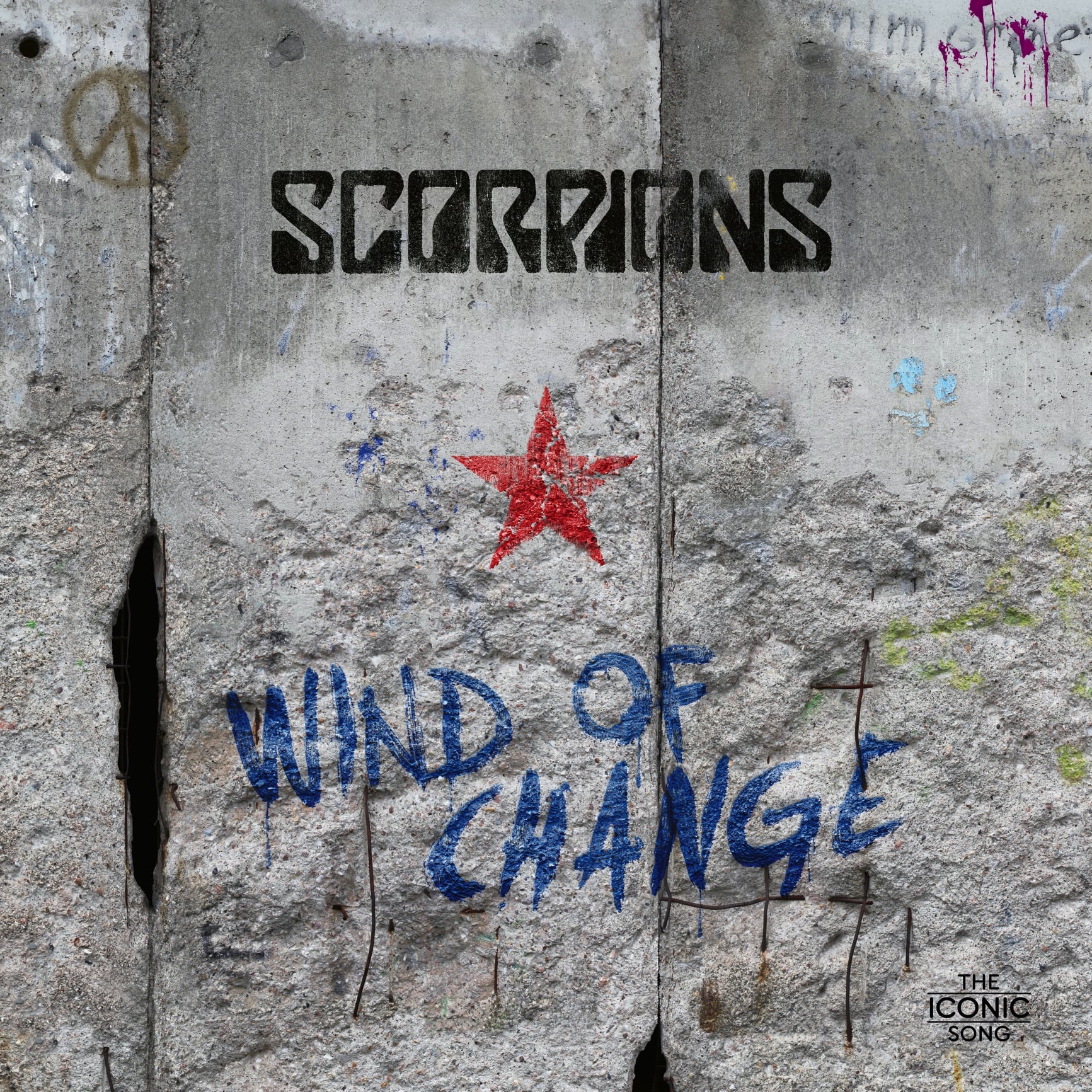 Back in 1990, The Scorpions album ‘Crazy World’ featured the track ‘Wind of Change’. That was 30 years ago and coincided with a major event. After the end of the Soviet Union in 1989, and the bringing down of the Berlin Wall, on October 3rd 1990 Germany was reunified. ‘Wind of Change’ became the soundtrack for the ‘fall of the wall’ and the end of the cold war. The power ballad, was written by vocalist Klaus Meine, after the Scorpions played the Moscow Peace Festival at the Lenin stadium in 1989. He was taken aback by the Soldiers of The Red Army, who were acting as security, but joined in with the crowd as the band began to play. The song is full of words that bring hope and a feeling of optimism, so it’s no wonder that it still holds such feelings of endearment with the German people and many Scorpions fans worldwide. It is truly a masterpiece and remains fresh to this day, and one could say with the current epidemic, its words are even more relevant in 2020.

The song is probably one of The Scorpions most melodic, a gentle and soft reflection, with strong vocals and mainly just a piano in accompaniment. It builds slowly and quietly in stature during the chorus and the heartfelt dedication of Meine is so apparent. A guitar solo embraces the mood in response, as the ballad comes to a close. An inspirational piece of work and epitomises all that was taking place back then. Meine really captured the moment, not only with the lyrics but also with the rhythm and tone of the song, the events couldn’t have been portrayed any better musically.

“When we came on stage in the Lenin Stadium and started the show with “Blackout” , all the Red Army soldiers, who function as security, threw their hats and jackets in the air, turned to us and became part of the crowd. The world was changing right in front of our eyes … It was unbelievable! “ – Klaus Meine, 2020

So how do you commemorate a song that signifies such a notable part of European history? Well, Scorpions have the means to do it in style. A Deluxe Box Set was released on 3rd October to coincide with the 30th Anniversary of the German Reunification. Containing a CD and 12-inch LP with 5 versions of the song, being a Russian, a Spanish, the original from Crazy World, a previously unreleased demo and my personal favourite, one with the Berlin Philharmonic Orchestra, which is over 2 minutes longer than the original. The latter was on the 2000 album ‘Moments of Glory’ and if you have never listened to a rock ballad played by an orchestra, then you have to watch the video below, because it is something I recommend and will make every hair on your body stand fully erect. Also in the box is a book with 84 pages of rare photos by the band’s photographer Didi Zill, which has been put together by the former Editor in Chief of Metal Hammer, Dr Edgar Klüsener. There is also a song sheet for the vocal and piano arrangement, an interview with Klaus, and a piece of the Berlin Wall, specially designed with the Red Star symbol and hand written words ‘Take Me to The Magic of The Moment’ by Meine. This Deluxe Box Set is limited to only 2020, but a further release is due on Black Friday, 27th November, which contains most of the same items but without the piece of the Berlin Wall. Costing about £65.00 for the Deluxe Set and £55.00 for the Black Friday version, it’s not a cheap offer, although I suppose while aimed at devoted Scorpions fans, there will be plenty of interest within the general rock music audience who also appreciate the link to the historical events.

I have added the Lyrics as they are so beautiful and as mentioned above, still relevant to this day –

Down to Gorky Park

The world is closing in

Did you ever think

The future’s in the air

I can feel it everywhere

Blowing with the wind of change

On a glory night

Where the children of tomorrow dream away (dream away)

In the wind of change

Walking down the street

Are buried in the past forever

Down to Gorky Park

On a glory night

With you and me

On a glory night…

“In times of COVID-19 and all the wild conspiracy theories in these extremely trying times, “Wind of Change” is like a hug, a good friend from a time when the hope for a peaceful world seemed to be fulfilled. The dream of peace lives on in this song.” – Klaus Meine, 2020

See below for more links on how to order and what is enclosed in each offer:

Deluxe Version Available Now at 65,00 € VAT included, Includes 84-pages hardcover book with rare and previously unseen photographs, Vocal and piano arrangement, Piece of the Berlin Wall, 5 versions of the iconic song, incl. one unreleased on CD and 12“LP. The edition is hand numbered and limited to 2020 units.

To be released on November 27, 2020 (Black Friday), 54,99 € VAT included, includes 84-page hardcover book with rare and previously unseen photographs, the vocal and piano arrangement, 5 versions of the iconic song, incl. the first demo on CD and 12” LP

‘truly a masterpiece and remains fresh to this day’