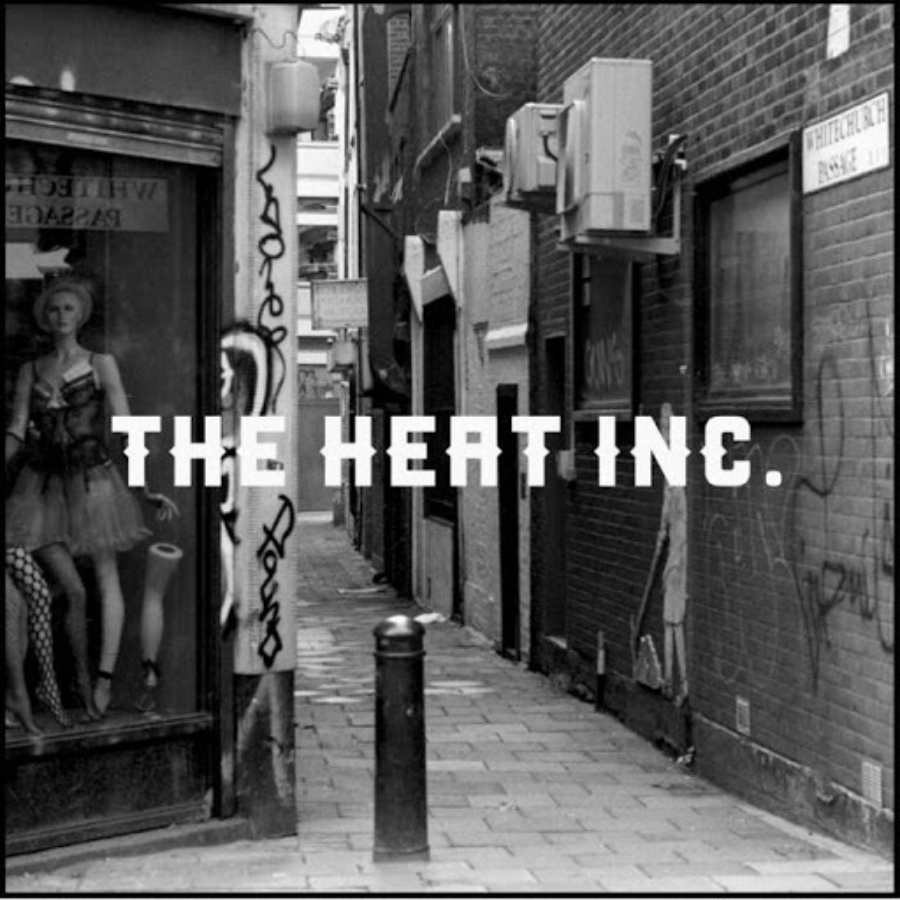 ‘The Heat Inc’ are causing a bit of a stir up the ‘Smoke’ where they are based. They have received a lot of attention recently in London and it’s spreading fast, following the release of their singles, ‘Raptors’ and ‘Your After Love Song’. Both of which came out on Melted Dino Records. Describing themselves as quite simply a Rock and Roll band , you will have to listen to this debut EP and make your own mind up when it’s released on the 26th. However, in the meantime here’s what I thought.

‘Down In The City’ comes crashing in all over the place, with slapping bass lines care of Nicolas Rigot and shin kicking drumming from Maurizio Vitale. This is Rock N Roll from the depths of London’s alleyways. When the vocals jump in from John Dodd I’m immediately thinking, this is a Cockney Iggy Pop coming through the wire, what an amazing sound, low and evocative. Now the scene is set we stumble along the cobbles, like a group of drunken sailors, bashing into shop windows, such is the tone of this first track. All the innocence and creativeness combines to pressgang you and you’re onboard ship before dawn. The debut single ‘Raptors’ has the same rawness and pace. A gutter dragging riff and nonstop chaotic bounce, drag you out of your comfy chair without any effort. A slower intro to ‘Sammy Swing Easy’ and we get a touch of the blues. The guitar strings of Marco Simoncelli stretch over the frets providing an edge of twang and Dodd utters exquisite lyrics, touching on the essence of Bowie and Ziggy Stardust, with his smoke city cries. All in all, it’s an anthem builder in the end and it certainly captures your emotions.

‘Polaroids’ tells the tale of images of loved ones and how they develop over time. I guess a lot us dig out the albums and wonder at old photos. This song has a chill about it, but it’s a coldness that needs to be told. As it ambles with an unsophisticated rhythm it’s drenched with Dodd’s reflections. Almost theatrical but again full of creative interactions, it’s a dark and sinister song. Quite superb in many ways, clever and carried out with a lot of thought. The second single, ‘Your After Love Song’ is the last of the five tracks and musters its strength from the onset. Treading with determination and powerful strides its a heartfelt melody on one hand and a boundless bundle of joy on the other. Never deviating from the path, it’s one hell of a number.

I love this type of band, The Heat Inc are one of those that take the basics of rock and juggle with it, creating a sense of optimism and then elevating your heart to burst with adoration. Quite simply it’s Rock ’n’ Roll, the way it should be played, not overcooked to perfection, no outbursts or lengthy indulgences. Just grab the guitar, get up and do the music, which is very often the most pleasant and enjoyable. The Heat Inc, do indeed incorporate a warmth and probably burn a few candles both ends, they must do to achieve this atmosphere, of deeply moving backstreet rumble. With this EP, keeping it simple is the key and it raises a few glasses to those rock n roll heroes we all admire. Long may the The Heat Inc continue to glow.

‘Rock ’n’ Roll, the way it should be played’

Highlights – Down In The City, Raptors, Your After Love Song.

The Heat Inc. is:

To purchase the EP, go to :  www.theheatinc.bandcamp.com   It was recorded at  – RYP Recording Studios in North West London, with producer Michael Smith (Elvis Costello).