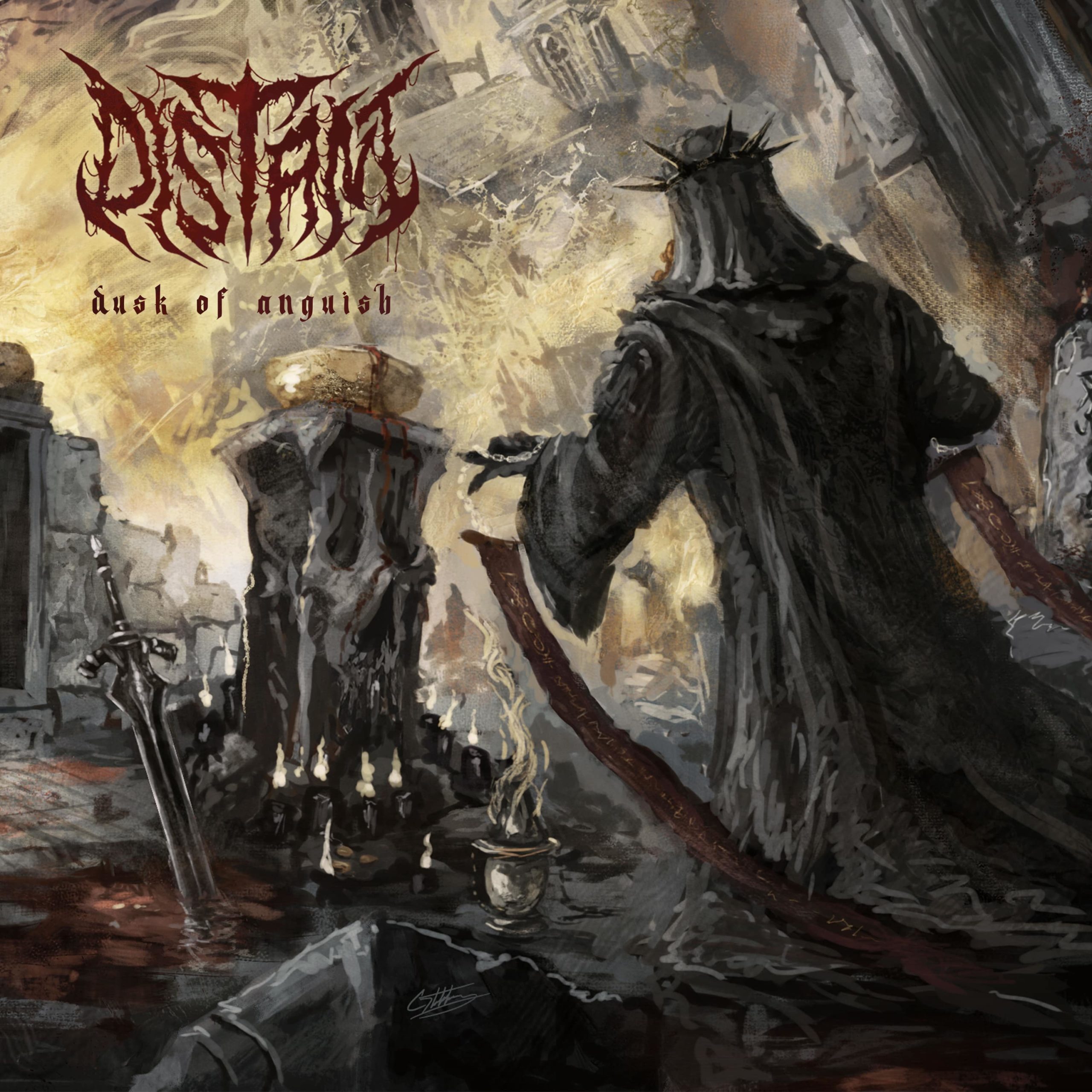 Deathcore, much like its more commercial cousin- metalcore, has become much maligned in recent years. It can often feel like we’ve heard all the tricks these bands have to offer, so Distant will have to bring something particularly interesting or unique to make Dusk Of Anguish a record that I can fully recommend.

In my view there are two different styles of deathcore. The first is savage, aggressive and leans much closer to the genre’s death metal roots. The second tends to lean on nu metal influences to bring bouncy grooves to the mix. Distant have placed themselves at a bit of a cross roads here. Their riffing often apes the more groove-oriented terrains, but the beat downs do often come across as closer to a brutal death metal approach.

There is never anything wrong with trying to pull from multiple sources of inspiration, but this requires delivering in quality on all aspects that you pull into your song writing. The Eternal Lament has an opening riff that comes right from the groovy deathcore playbook, but the mechanical way in which it’s played saps any bounciness from it. This leaves the song feeling like a chugging barrage of bland, low-end riffing.

At least we can play my favourite game- waiting for the breakdown, right? Sadly not, a satisfying breakdown feels like everything suddenly comes together, with the sole purpose of crushing harder than anything that’s come before on that track. The breakdown on Cryogenesis is an example of how this just doesn’t work on this album. When the breakdown drops in on this track, it doesn’t feel heavier, or more impactful that anything that came before it, because everything that came before it is the same low-end chug-fest, but at a higher tempo. Slowing the pace, sadly doesn’t make a breakdown work. You don’t get that satisfying, punch in the gut sensation that a good breakdown should bring.

So, have Distant delivered a twist of their own, that will satisfy our ears along on top of their riffing? Kind of. Throughout the album there are scattered electronic elements, that are used to conjure a creepy, horror soundtrack-esque tone. This is an interesting concept, but it’s not delivered in a way that feels cohesive with the rest of the record. When Architects and Bring Me The Horizon use electronic elements, it feels like a part of the whole. Here it feels like you’ve been presented with a mediocre roast, then someone has approached with some cheese and sprinkled it across your meal. Sure, the cheese might be nice in and of itself, but it doesn’t feel like it needed to be there, and nor does it address the seasoning issues with the rest of the meal.

Sadly, I can’t bring myself to recommend Dusk Of Anguish. The core of the record is nothing more than fine, and exists in a world where we’ve heard this all before. A couple of little moments of joy would really elevate this record; the sensation of wanting to headbutt a hole in a wall is indispensable on genres where breakdowns play a large part. Hopefully next time out Distant can bring these elements together slightly better and give me that feeling I’m looking for.