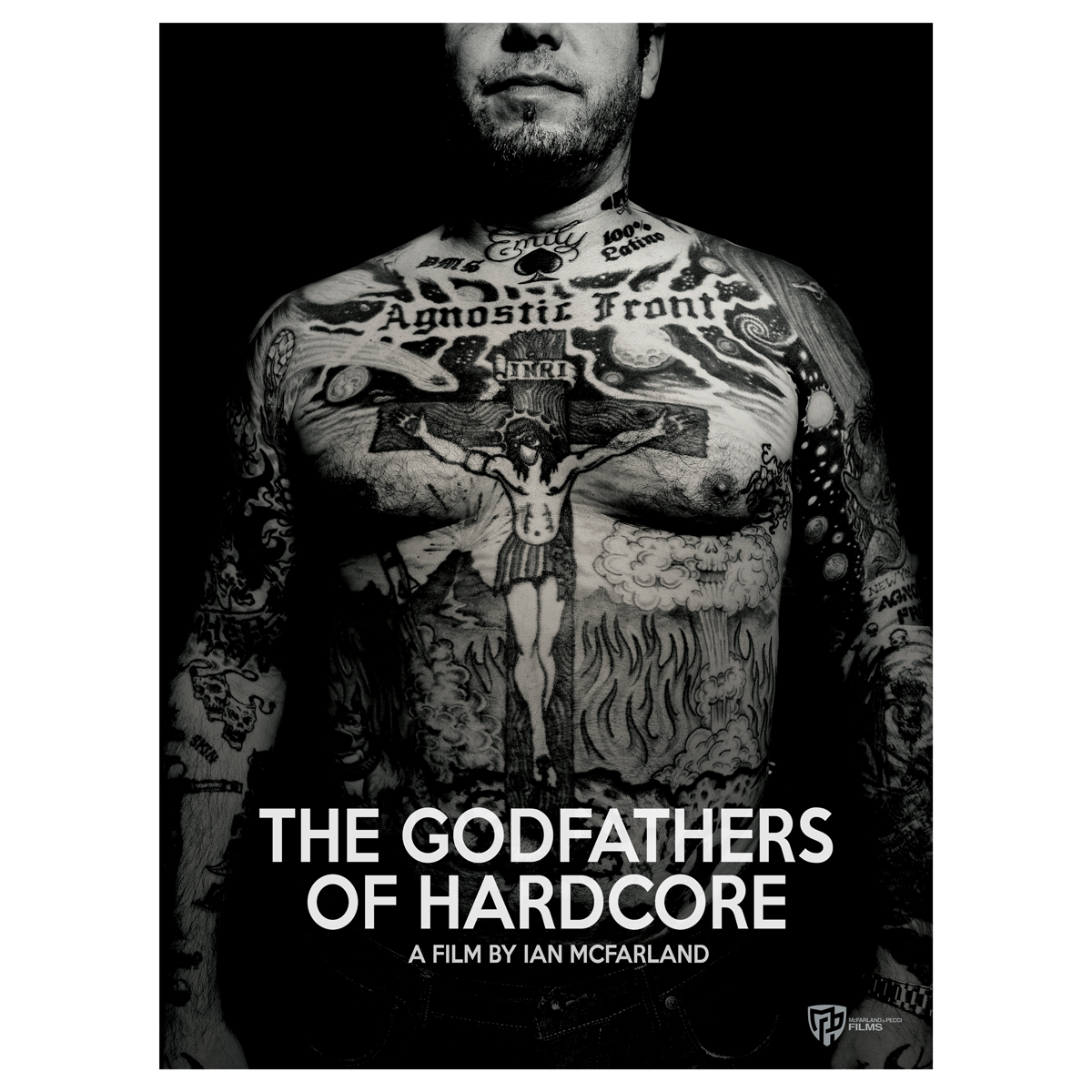 Good documentaries should be engaging and enjoyable even if the viewer is not familiar with the subject in the first place. The Godfathers of Hardcore focuses on the two core members of iconic New York hardcore band, Agnostic Front. Whether it succeeds in portraying them in an interesting, engaging and accessible way is what we’ll be discussing today.

Vocalist Roger Miret and Guitarist Vinnie Stigma are the focus of the documentary, and their dynamic is instantly on display. Miret is portrayed as a more serious, level headed individual. He handles the business side of the band, he worries about his family and kids, he always seems to be working on things or spending time with his family. Stigma on the other hand is a ball of youthful exuberance, he’s playing pranks, telling jokes, chatting to friends, and constantly has fun. This is a dynamic that’s instantly understandable, it’s easy to see how the two men have worked together for nearly forty years at this point. When the tone is staying serious or depressing for a long time they can use Stigma’s genuinely entertaining antics to give the viewer some relief, whereas Miret is often used to anchor the film to deliver information after Stigma does his thing.

While the film doesn’t have a narrative through line it is all tied together with theme. The central theme is clearly family. Found family in specific. Whether it’s the way Stigma and Miret consider each other as brothers, or the way the New York hardcore scene is talked about as a group of young people who found people just like them. Miret, specifically, gives us a lens into this theme, his struggles to be a good father to his kids while constantly being away, trying to improve on what he seems to consider his failures with parenting his first child. He talks about the way his wife helps with his mental health. Miret’s brother Freddy Cricien- vocalist for Madball- makes an appearance to really underscore the family values of the scene. Stigma’s contribution to the theme comes down to the fact that every time we see him out in public on the streets of New York he bumps into a close, personal friend. They share stories of Stigma in his youth, the sort of thing an uncle, aunt, parent or even cousin would tell your friends to embarrass you. The way Stigma and Miret’s whole family come together and just have a good time to support Miret after he learns of his heart problems toward the end of the film just underlines how close the pair are, and how much family matters.

Archive interviews and live clips are interspersed throughout the film. They really establish context and tie together what could be fairly disparate scenes and topics of discussion. While some fans might be disappointed that these aren’t used to cast a light on the legendary NYHC scene of the 80s, the film clearly doesn’t want to be about that- there are plenty of other media discussing that period- any more than is necessary to give context to Agnostic Front in the modern day. Their music is used throughout the film but not in a way that someone who isn’t a fan would be put off. Instead it acts as a hook for people who might not have checked out the band before. The clips also underline how genuine both men are even after all this time and success. In the clips, the speak and engage with interviewers in a similar way as they do in the modern day. Though today they seem to be a bit older and wiser, they still have the same straight forward, no bullshit attitude they had in the 80s.

The Godfathers of Hardcore is successful at enticing people to connect with Agnostic Front. It inspired this writer to go on a full deep dive into their music. It’s a perfect entry point for people who might not have checked out Agnostic Front before, and maybe even people who aren’t fans of hardcore. Ultimately a documentary is supposed to be informative and entertaining. The Godfathers of Hardcore is both. It’s a charmingly personal look at two legends that will impact you emotionally.

The Godfathers of Hardcore is steaming now on Showtime.