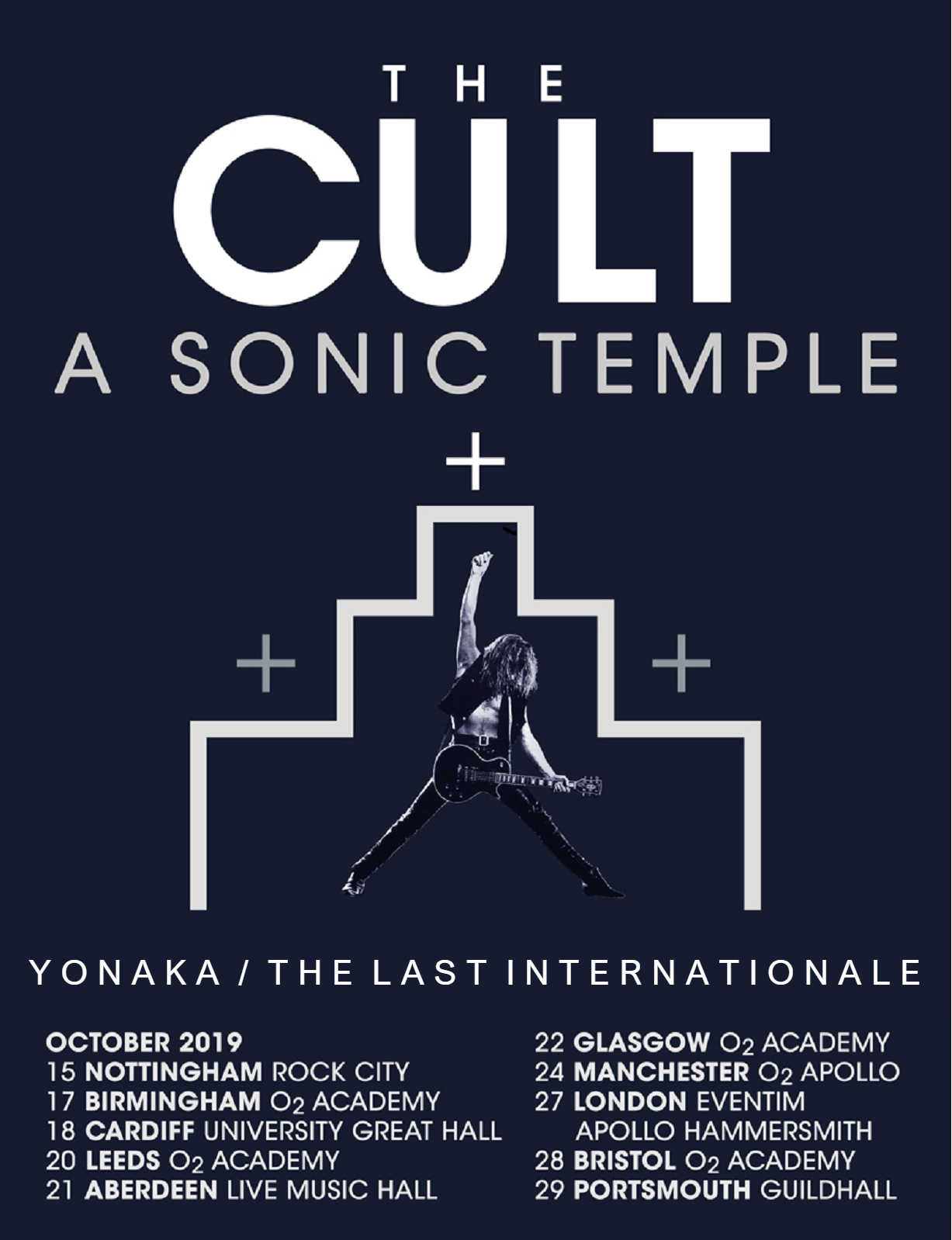 17th October: The Birmingham O2 Academy was not only a solid affair – but a packed one but one where the depth of all acts was in overflow. The vibe was electric even as all queued from the Pagoda ring road to the venue.

With some over-dramatic queue times, I managed to make my way in as *The Last Internationale had just started their set.

The Last Internationale had previously ventured in Birmingham in March to a far more smaller affair, this time they had shone to a more vibrant and embracing crowd. From the front of the stage to the corner bar – getting a step forward into the crowd and closer was tough going as everyone was shoulder to shoulder that early and from my first eye fluttering view to the stage they had shown that there was something far more special this time around.

One thing that couldn’t be faulted was edge and encapsulating vocals hearing Delia (Paz) own the stage from the get go before she was then joined by the band and emanating depth on to the crowd. Heads turned and ears twitched as the short set imploded on everyone from all corners of the room – floor to balcony.

With such tracks as Killing Fields, Life Liberty And The Pursuit Of Indian Blood, Hit Em With Your Blues, Hard Times and a rather aural orgasmic rendition of A Change Is Gonna Come (something that had drowned the crowd and had people lip syncing in her own style) and too many people shouting “Grace Slick” to each other… TLI’s depth and groove soaked performance was none other than head-turning. By the time I managed to edge closer their set was over. Solid!

Now it’s been an elevating 6 years for this NYC outfit and with the release of their first EP to the more recent Soul On Fire and a movement which will show some rather more explosive impact to come in the future for sure.

Now for a crowd so locked and not budging so early during TLI’s set, you knew there was something special. I look forward to more experience of TLI in the near future..

Further on to Yonaka. By the time the band had got to the stage and Theresa, Alex, Rob and George stepped onto the stage I had managed to slide around to the far right of the stage with some chest pounding sonic rumble from the bass. A tight but intense performance. Now it doesn’t seem that long ago they played The Castle and Falcon here in Brum and now on to the release of their debut album, Don’t Wait ’till Tomorrow from earlier this year. Naturally Theresa and Co now have a more hard and solid fan base. Drenched in an audible odyssey of depth laden vocals, it wasn’t hard for our eyes to be flitting from side to side of the stage. With the crowd not moving it was hard trying to take in everything when we were locked like Lego bricks super-glued together against the smaller bar. A band I WILL be checking out again!

Then we got to The Cult. Something that has to be highlighted… With any legendary Goth/Alt bands performing there is always a depth and warmth with the crowd. 5 pints in and i’m locked between friends and two twin sisters from Coventry who are in full flow. Even though it has been 30 years since the release of Sonic Temple there cannot be one fault.

Now I mentioned before the crowd were like Lego bricks locked – by the time The Cult got on stage – we were all swaying like half chewed Stickle-Bricks casually slid together but with a solid atmosphere and shared vibe.

As a long serving fan of the band and naturally trying to soak in every detail, it was a Carlsberg laden crowd that pulled everyone who dared step forward into a bubble of intoxicating love. Ian steadily warmed up from Sun King through to American Horse with Billy in full form from the get go. A small strings section for their performance of Edie (Ciao Baby) and everyone was then in full flow and they swung into Rise. The sound from all corners was immense and by every bugger screaming “Hear comes the Rain” from floor to ceiling was nothing short of spirit lifting (I haven’t heard a crowd that loud and all smiling since playing Rain to a full dance floor when I last DJ’d a fringe event at Whitby Goth Weekend). By the time of Spiritwalker, Fire Woman and Love Removal Machine the crowd were in full flow. The encore swam by and (naturally) had to feature THAT song…. (ahem).

I kept itching to see one of my drumming heroes, John Tempesta but only caught a glimpse towards the end.

Soul laden, Duffy windmills, solid bass from the sound crew and a firm set from all bands that night I would say it was all over far too soon! Until the next time from this Lil’ Devil…

*With thanks to Duff Press.