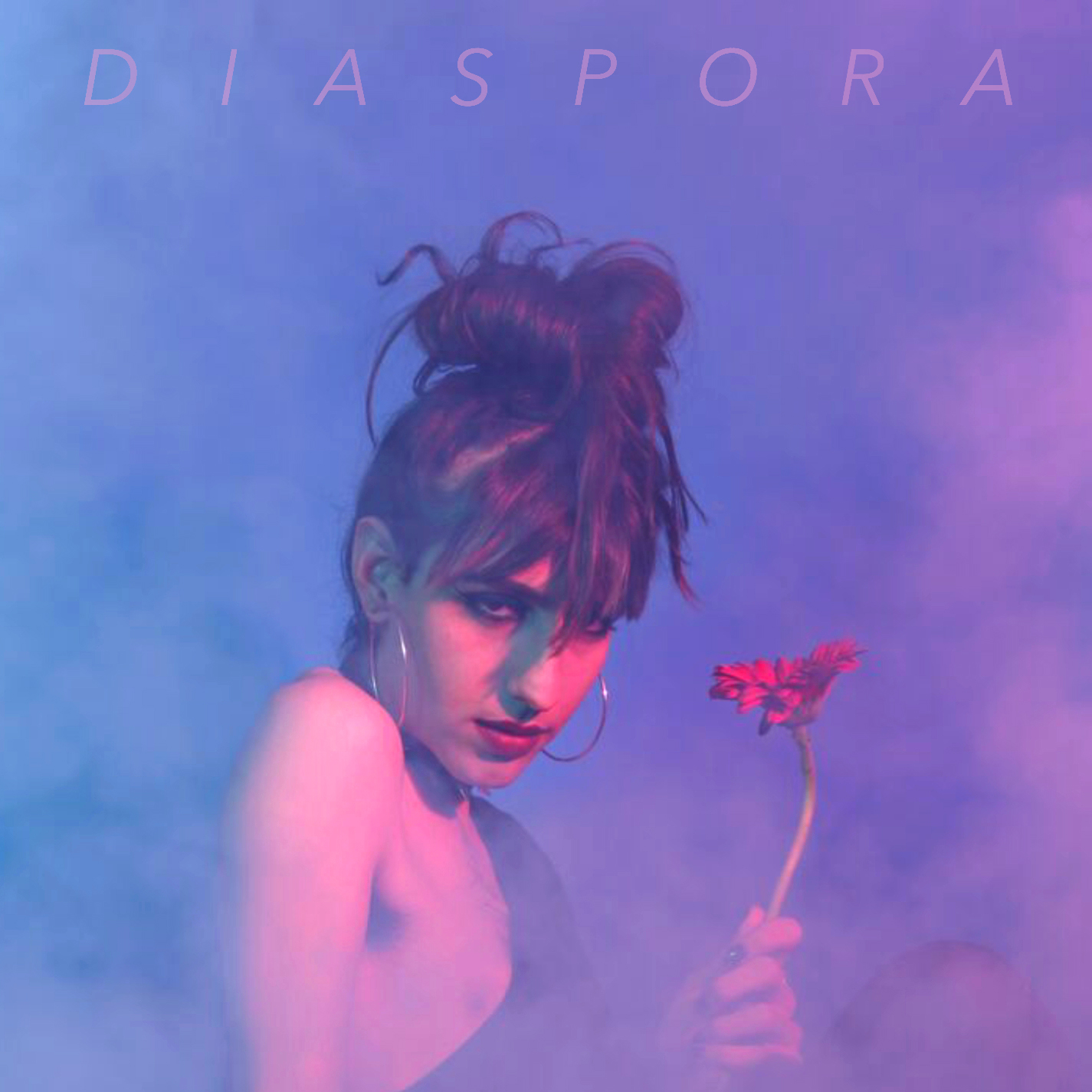 The Bedroom Witch is an artist whose music includes spell chanting and harmonious story-telling, whose description of themselves is “Misunderstood Maker of the Veil”. This Los Angeles character started creating music in 2011, and has already released several albums. I was very intrigued by this record, and really wanted to see what The Bedroom Witch was all about. Seeing Diaspora was Dark Pop/Electronic music, it made me think of Broods or Luna Vexa. But was this record what I had expected?

Certain songs, like “At The Gates“, arguably seemed a lot like Chillstep. Fast-paced tech with a blanket of melodic electronic music had me very much on the fence to begin with, as it was quite different to what I was expecting. Maybe I was homing in on the “dark pop” vibe all too much, half expecting the lovechild of Halsey and Marilyn Manson to sprout out of the mist smoking a joint of sage.
I do like the artwork for this album, it’s very tranquil and expressive. Yet the image shown above didn’t resinate with me, at first, to link up with a Dark Pop genre either, at least in my mind. It goes back to that Chillstep vibe I keep getting from them, as opposed to an electronic dark pop band. However, as I revisit particular tracks and read up on the backstory of this alias, things start to make more sense and fall into place. This closeness with nature and the elements does seem to be more fitting to the character of The Bedroom Witch, as opposed to the songs individually.

I do quite like the song “Capricorn“, it’s very soothing and melodic. I’d play this music when with friends or driving down a country road, all that sort of stereotypical movie stuff. It’s got some 80’s vibes going on in there too, which is reoccurring throughout the album. “Grieving Spell” is also another song I enjoyed. After looking deeper into the works of The Bedroom Witch, the five minute track has a music video which is styled into a short horror film. It shows two apparent friends going from a champagne getaway to a dark seance ritual, and being taken over by a dark evil spirit.
Though it is safe to say that there are some songs darker than others, the second half of this album remains far lighter in comparison to tracks like “Sea of Insects“, which is noticeably the darkest sounding song on this album – and is like an opening track for Donnie Darko.

Overall, it’s a good album. I enjoy the 80’s vibes I get, whether they are purposeful or not. I like the stories behind the songs, I think they’re well thought out, and the chanting of spells is an eerie touch. It gives the music character and a ton of backstory – which keeps it interesting. The album artwork is stimulating, well thought out and simple. I think that, going forward, it would be nice to finely tune what sound the artist wants to be known for, as there are a few things going on – and as a listener it was quite hard to tell whether they wanted to go down the route of dark and mysterious or soft and light.

You can find The Bedroom Witch on Facebook here.