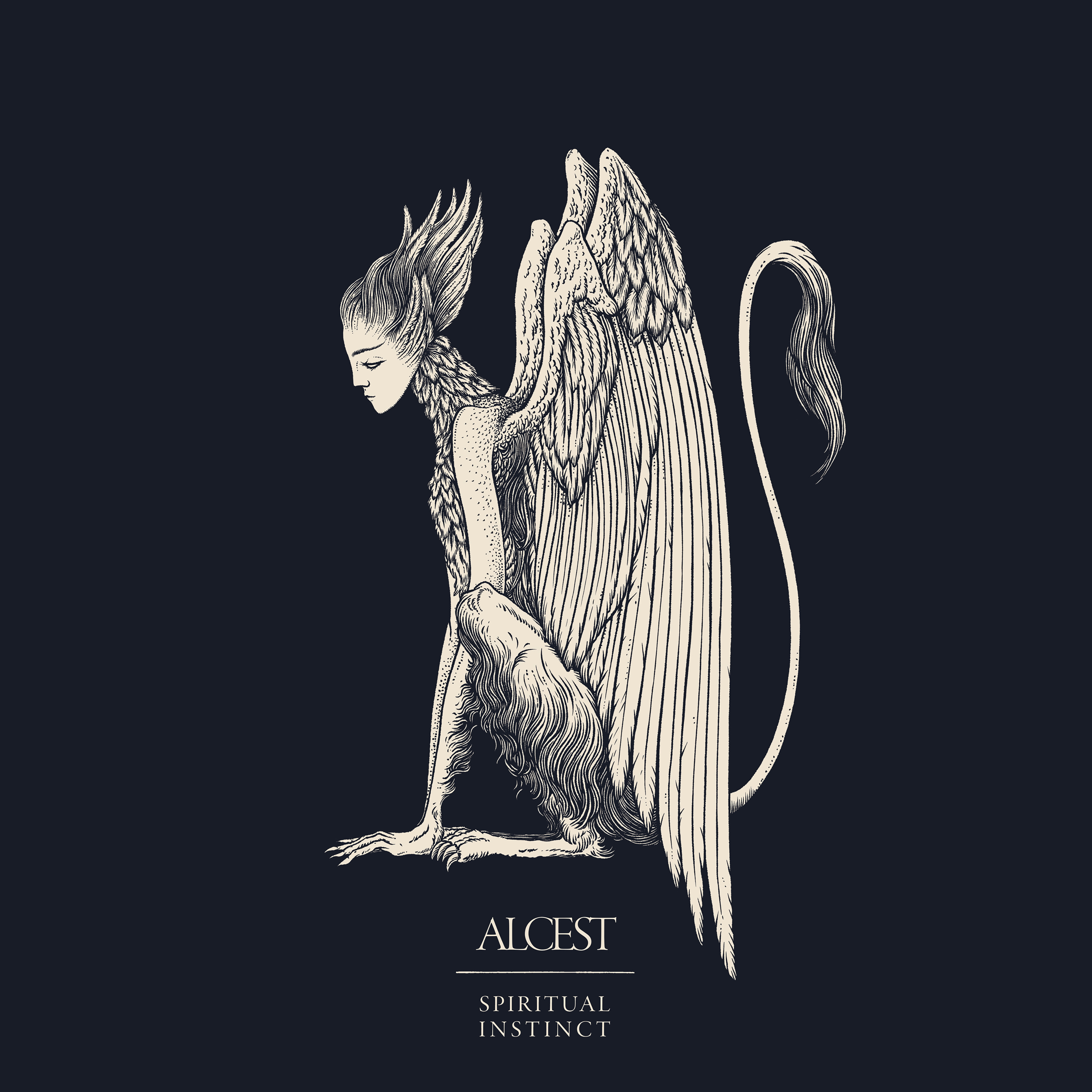 The French metal scene has been dominated, in recent years, by Gojira and Betraying The Martyrs in the mainstream. However, in more underground circles, Alcest have been beloved pioneers for a long time. Their take on post black metal is both unique and inspirational. If Spiritual Instinct is to stand shoulder to shoulder with their beloved back catalogue, then it must deliver in both quality and innovation.

On a first listen, it’s obvious that Spiritual Instinct has very little black metal in its formula, instead it leans firmly on more post rock elements. Sure, opening track Les Jardins De Minuit has tremolo picked guitar lines, classic black metal chord progressions and rasped screams, but the majority of the vocals are clean, almost chant like. This trend continues throughout the album, the clean vocals being placed in amongst the lush, well produced instrumentals which push into cleaner territories. “Placed in amongst” is the best way to describe the vocal production, where in most more linear, immediate albums vocals become the focus of the song, Spiritual Instinct mixes the vocals in such a way that the whole musical canvas is integrated together. Songs become intricate, swirling journeys with no one piece being more important than any other. This is enhanced by the excellent production that makes each distinct element of each song clear and understandable. One may have to listen to a song repeatedly to hear everything that happens; on Sapphire, for example, there is a faint synth pulse in the intro, an echo effect added to the snare drum and several impressive bass parts scattered through the song.

I’ve criticised many albums in the past for their lack of noticeable hooks. While Spiritual Instinct lacks hooks, it is clear- as with most post rock influenced albums- that hooks are not the intention. The goal of the album is to wrap you in the layers of its musical world and carry you on an emotional journey. The key to Spiritual Instinct’s greatness lies in how this journey differs from others in the genre. Most albums like this take the listener on a linear journey in each song, from A to B in a straight line. Alcest take us through valleys and over peaks, with the swells and dips of their music, through an album long journey. It starts sinister and brooding and ends in triumphant catharsis at the conclusion of the title track, along the way it touches almost every other emotion imaginable. It’s an album that shouldn’t be listened to casually, the most is extracted from it by fully committing and engaging with the journey. If you can give it that engagement it will touch you somewhere along the way.

Alcest have crafted another excellent album in Spiritual Instinct. It may fairly far from black metal, but there’s no reason that a long-time fan of their music should be put off by that. It’s an album that’s simultaneously accessible and challenging. Easy to listen to but requires deep engagement to truly fall in love with. Give it a chance and your attention, it could easily worm it’s way into your heart.

Spiritual Instinct is out now via Nuclear Blast and can be purchased here.