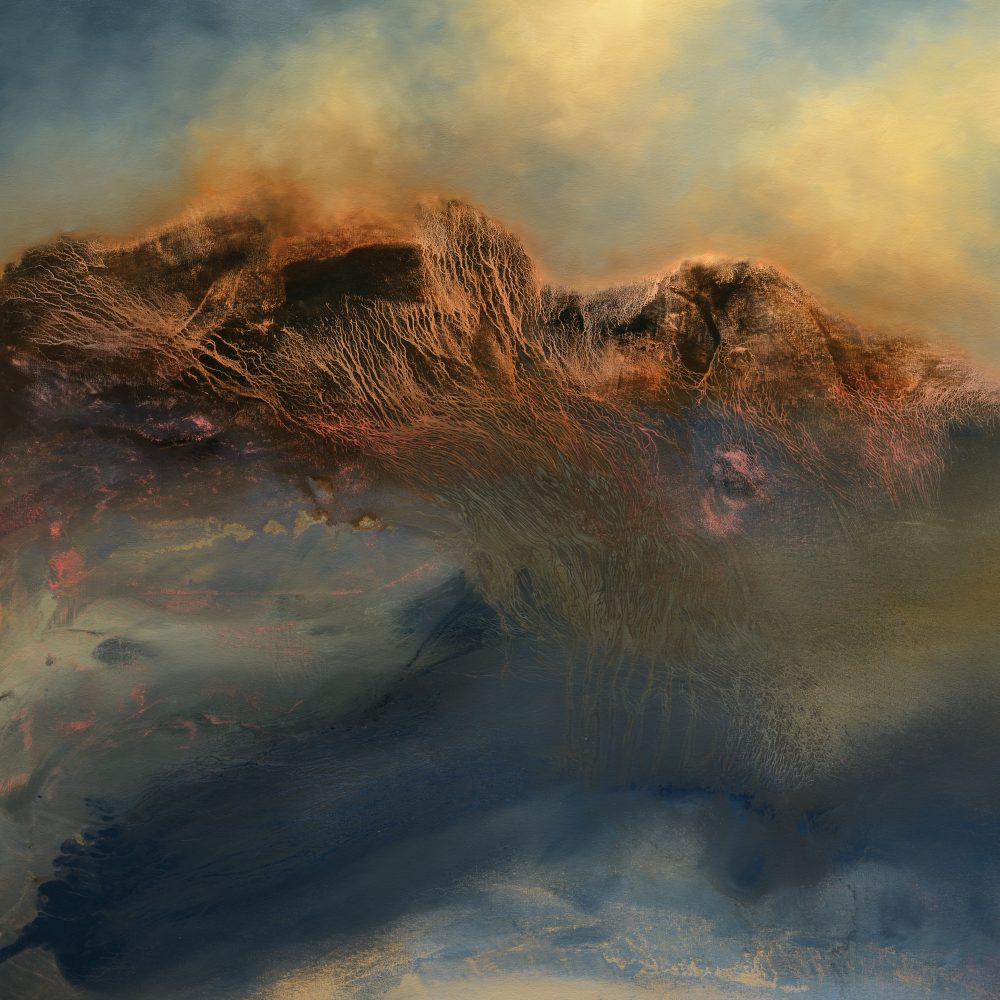 The drone metal masters are back shortly after their last release. Sunn O))) spoilt their fans in April 2019 with Life Metal just to return few months later with Pyroclasts. Both records are inextricably linked, as they were created at the same time during recording sessions in July 2018. The band continue their pioneering experiments with heavy blends of drone, noise and black metal which began in 1998 and have been praised, acclaimed and widely recognised as the leaders in the genre.

The Pyroclasts was created as a result of improvised, modal drone which was part of a 12 minute practice exercise to open and liberate creativity in the beginning and at the end of recording sessions for Life Metal. These improvisations were tracked to 2” tape and recorded later by Steve Albini. The musicians behind Pyroclasts are Tim Midyett, T.O.S., Hildur Guðnadóttir and core members Stephen O’Malley & Greg Anderson. As a shadow album of Life Metal, Pyroclasts shares same abstract renderings, dark radiance and cold saturation backed with frozen in time, aethereal miasma. However, it feels more raw, less polished and stripped down compared to its older sister, which makes Pyroclasts unique and great in my humble opinion.

Pyroclasts is composed of four independent tracks, living their own life. Opening track, Frost, builds an ice-cold atmosphere with its low and harsh tones created by dropped tuning, additionally intensified with sounds of biting wind. It serves shivers of freezing cold that transpose the mind to ice-bound lands with no return. The second track, Kingdoms, with its rich, radiating and abyssal notes full of extemporised harmony vouches that Pyroclasts is not just a mere warm up sketch but a living proof of a symphonious, growth-oriented experimentation of the genre’s masters. Ampliphaedies continues a natural and slow evolution of heavy sounds allowing the music to transform, change, shift and freely form without unwanted rush or forcing Sunn O))) to determine any particular direction for the track. This is thanks to uneven distortions blended with erratic reverbs, synths and screeching, slowly fading away guitars. Closing track, Ascension, is a loud squall that transforms to a wall of cascading sound, vibrating, floating and rising. This allows the listener to be thrilled by deeply buried instruments.

Listening to Pyroclasts is exactly just like having a peek behind the curtains on great masters focused on their mystical work. The name of the album coming from volcano fragments being hurled through the air during volcanic activity exemplifies the idea behind it. It is far more than just a practice – it is allowing their creativity and techniques to weave and flow; letting them be and change slowly at their own free pace, just like pyroclasts thrown into the air in a super slow motion. The album is dedicated to the memories of Ron Guardipee, Kerstin Daley and Scott Walker. Pyroclasts is an amazing and mature piece of art and display of unlimited skills. Once again Sunn O))) set an unbeaten standard for drone metal.

Pyroclasts is available from 25th October 2019 via Southern Lord Records and can be purchased here.