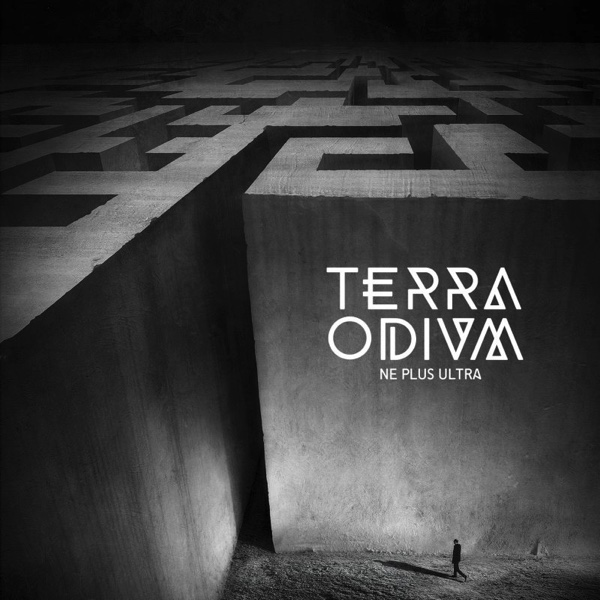 First and foremost a translation from Norwegian into English, ‘Terra Odium’ means The Hatred and ‘Ne Plus Ultra’ roughly turns into The Highest Point Capable or The Most Excellent.

Terra Odium are made up of three Norwegians, singer and guitarist Øyvind Hægeland (Spiral Architect, Arcturus) guitarist Bollie Fredriksen (Manitou) and drummer Asgeir Mickelson (Veil Of Secrets, Spiral Architect ), who are well known metal heroes in their native land. They are joined by two outsiders, none other than bass player Steve Di Giorgio from Testament and Jon Phipps of Dragonforce, who lends his expertise on Orchestration and Synth. The guys have only been in existence since 2020, but are not strangers to each others work, having spent time together in various bands, both past and present. Drawing on all their influences and describing themselves as Tech/Prog Metal, Terra Odium have all the experience and knowledge to create something different, so this debut album, which is released on June 11th, must be eagerly awaited, by not only all the Norwegian metal fraternity, but also fans of the likes of Dream Theater, Death, Tool, Etc. ‘Ne Plus Ultra’ consists of just seven tracks, however they are all lengthy, one being nearly twelve minutes long, so the album runs for nearly an hour.

‘Crawling’ emerges with some sci-fi sounding synth wizardry before the lunge into a stack of menacing bass from Di Giorgio. The vocals are brought in and are definitely prog influenced, so the track, which is over six minutes, starts to mould into the desired shape. The bass however, is the main feature throughout the first half. As the music intensifies and more levels are added, guitar and bass blend and the result is a very firm and dramatic starter. ‘The Road Not Taken’ is bolder and from the onset there are power chords colliding with the warlike vocals to provide a song that has no misgivings. The shredding is rampant as Øyvind is let loose and the forces just mash up to deliver intricate and then pulsating episodes.

I adore how ‘Winter’ has an introduction that manifests into a riff that rises and descends without any remorse. The echo on the vocals gives the impression of doom and the bleak coldness of the season in question. Guitar notes cover the whole neck and lance you like shrapnel with their impeccable accuracy. ‘Winter’ is just over seven minutes in total and has time to merge the shredding with some of the more, classic prog effects. The range of Øyvind’s vocal cords are on display during this song and he does indulge us with his remarkable range, with guest Kjetil Nordhus appearing in tracks, for the lower octaves, it’s like having a descant and alto, what a superb partnership. ’The Shadow Lung’ is a race of speed metal with some distorted riffs and higher lyrics. Whirling like a helicopter out of control, the track swirls and dives. Guitar strings are bended to the extreme and sound amazing. The twelve minutes of ‘The Thorn’ turn it into an epic encounter. Building in stature but maintaining a slow and slithering rhythm, it takes us on a journey, like the gradual spreading growth of the title. There is a vast amount of guitar in play, but you can’t discount the underlying throb of Asgeir’s drumming, pinning you against the wall. Getting into a set motion mid way and letting the strength of the vocals carry it away, ‘The Thorn’ ends in a spiral of twisting stems that constrict to bind you from within.

‘It Was Not Death’ grows gradually, starting with classical guitar notes, yet there is still an air of trepidation. The vocals are almost a monologue from Øyvind, stern and controlled, telling the tale like a gothic horror. After five minutes the walls crumble and distortion enters the ruined hall. Briefly but enough to give the last few seconds a lasting taste in your mouth. ‘The Clouded Morning’ was the first single and released back in April. Static riffs and a heavier directness, below the glorious vocals and from the off there is a pounding from the rhythm, that runs with the orchestral additions. Moving forward with rapid fret work and a melting grind, the track rewards you with everything you would expect, from a group made up of Prog Metal experts. The song is from the poem by ‘Jones Very’ which begins with the line ‘The morning comes, and thickening clouds prevail, Hanging like curtains all the horizon round, Or overhead in heavy stillness sail’

While Prog Metal began back in the 1980s, the sub genres are now a list as long as your arm and there is way too much diversity to go into detail here. However, it’s amazing how the music is still evolving and pouring into other territory. Terra Odium are quite extreme even for the Prog/Tech Metal world and this is mainly down to the input being from differing sources. What a brilliant way of combining one genre with another, yes it’s been done before, but Terra Odium take on the challenge with gusto. Full credit to Øyvind for having the insight, to create this mega force of a band.

Highlights – Crawling, Winter, It Was Not Death.