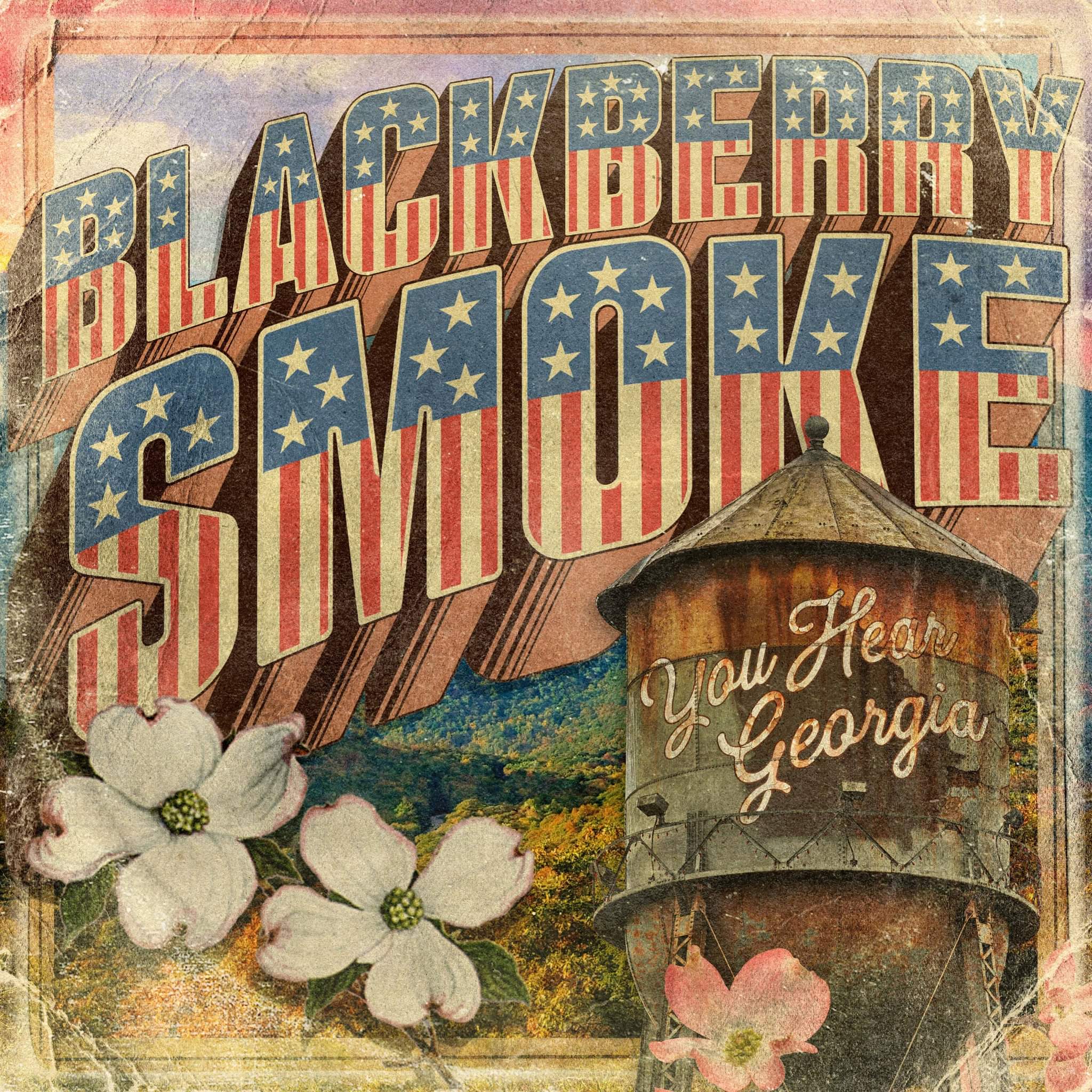 Blackberry Smoke is an American rock band from Atlanta, Georgia, and they have just released their 7th album in their 20 year career. ‘You Hear Georgia’ is an absolute belter which demonstrates how Blackberry Smoke are still thriving and hoping to log a fifth US chart topper. This is an album that deserves a real listen, headphones on and eyes closed, letting the world just go on by, and that’s exactly what I did. More than once actually; I lost most of the day to this record and have no regrets.

I fell in love with the opening track, ‘Live It Down’, on first play; it’s a smokin’ start to the album has my booty shaking! This is a fun and funky song which has a relentless rolling riff, expressive vocals, a hint of sleaze and a massive chorus which makes me want to party! The piano adds that touch of class and I am sold in that I know this will be a great album.

Title track ‘You Hear Georgia’ is slower paced, lighters in the air style, with a deliciously rich, southern drawl and grumbling guitars which echo in your soul. It’s a magical journey full of new layers on each listen.

‘Hey Delilah’ is funky as! Smooth and uncomplicated, this is one for sitting in the garden at dusk with a beer and a cigar. ‘Aint The Same’ is more country than rock but catchy as hell and easy to get lost in. This song on the breeze does indeed make your troubles drift away…

Featuring Nashville star Jamey Johnson, ‘Lonesome for a Livin’’ is an epic country lament on lost love and heartbreak, chock full of soul, surely a slow dance favourite and a graceful portrayal of misery. I feel I’m not selling this here but it is a great track focused on heartache in the style only Nashville’s finest could achieve.

One of my favourites on the album, ‘All Rise Again’ featuring Warren Hayes is a strong and powerful, uplifting track. I love the funk of the blues guitar! This song is made for arenas; lights down, the sweet smell of hops in the air and the cold barrier to your front and centre. The screaming guitar solo brings out my inner air guitar and I come over all Starsky and Hutch.

‘Old Enough to Know’ develops from a beautifully stripped back intro to an enjoyable, folky track which hits you deep in the feels.

Absolutely a new favourite song of mine is ‘Morningside’ – dark and rumbling with a retro feel which reminded me of 60s classics like The Animals (but far less gloomy). The vocals sound far away and this adds a stoned, chilled vibe, a little surreal. The riff reminds me so much of Holy Water by Inglorious that I can’t get either song out of my head! I had this track on repeat and lost an hour just listening and relistening. The stunning guitar work is the cherry on top of a song full of drama and emotion. Bravo.

‘ All Over the Road’ is a country rock up-tempo party, Lynyrd Skynyrd style, that makes you glad to be alive. A strong close to a wonderful album, ‘Old Scarecrow’ has yet another addictive and unforgettable riff.

This album does not disappoint. There is not a bad song in here and in fact several caught my eye (or ear) and have become firm favourites already. If you like southern style rock, a little rock with your country, give this a spin. You will not regret a second.

To find out more about Blackberry Smoke check out their sites:

Stand outs: Live It Down, Morningside