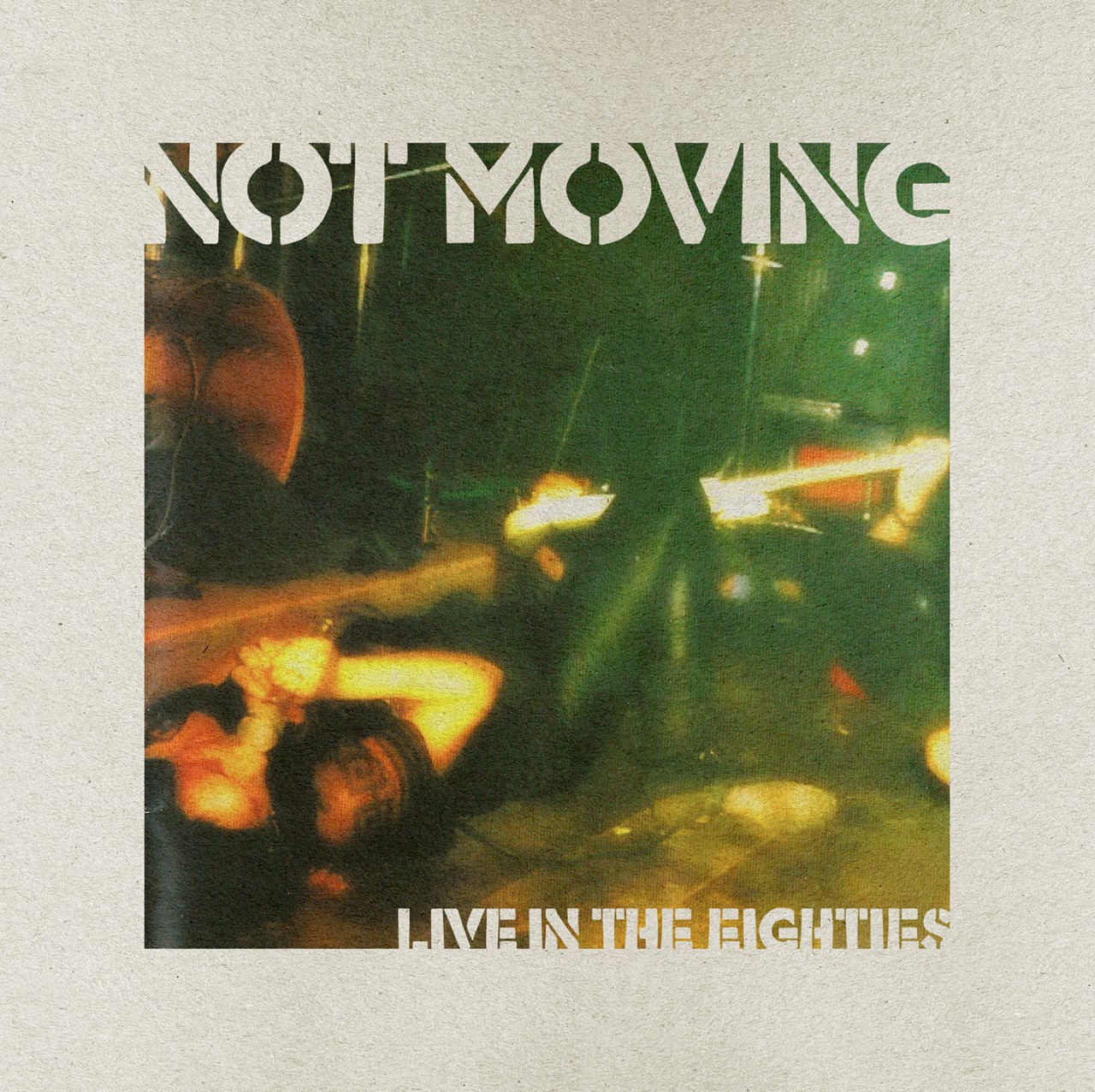 Punk band ‘Not moving’ has returned with a banging re-issue of their critically acclaimed “Live in the Eighties” album, but the question stands, how does it hold up against the punk powerhouses of today?

After having some hands-on time with the release I can say that it’s a unique listen. It’s 100% classic punk, it has an inspired feeling that obviously draws from bands like ‘The Cramps’ and ‘X’ and it takes from the classic legends of punk, but adds these little spins that make it a totally special experience.

The Italian Punk band has been through a number of lineup changes through the years, losing most of the originals in 1988, but in 2019 the OG roster combined forces to bring us a re-release of their most acclaimed album. Being a reissue I’m not going to bore you with something that’s already been said, so I’ll just give you a rundown of my favourites.

Fourth Track ‘Spider’ is something to behold. It’s fast-paced, it’s got this LA punk feel, the vocals are out there, it just feels like what punk should feel like, and it’s definitely one of the heavy hitters on the release. The song reminded me of the old-style Sex Pistols, (but on more speed), the underground garage sound of the band gives it that Johnny Rotten-esque style that punk seems to revolve around. But it’s not a perfect 5 stars, the song has some shortcomings. The over distorted instruments, while sounding punk as hell, take a lot away from the grainy vocals. At times the vocals were completely indistinguishable from the instruments, which is a shame because the lead singer, Rita Oberti, has that perfect punk voice, I would have just loved to hear it take centre stage.

Another song that is a must-listen on the album, is ‘Cocksucker Blues’. What a trip! The song has this country blues style that honestly is just screaming to be in a Tarantino film. I’m fully expecting Uma Thurman to walk into an 80s restaurant with this in the background. Vibes, just pure vibes. I feel that the rest of the album should have followed suit, the instruments meld well, the vocals are punk yet distinguishable, and it genuinely ends with me wanting more from it.

My third and final favourite on the album would be ‘Break On Through’, this song has a great feel and it’s punk, it’s just pure underground punk, but it does something that truly sets it apart from the rest of the album, it taps into their psychedelic routes. ‘Break On Through’ has this little riff that keeps on playing that takes me back to the 70’s psych scene,  it’s like a Hendrix style backing solo that just thrashes out while Rita and the rest of the band utterly nuts. It’s weird to hear punk and psychedelic thrown together like this was, but the utter craziness of the whole song just forces it to meld together in a weird way that works, and it’s a great touch to their psychedelic origins.

All in all ‘Not Moving’ is a fantastic band, it was an absolute trendsetter back in the day, but punk in this style hasn’t been seen around for a while, now days it’s all about hardcore punk and clean-cut like ‘Harms Way’ and ‘Code Orange’, so we will have to see how today’s generation takes a bit of classic.

Order the re-release of ‘Live in the Eighties’ through Go Down Records here.