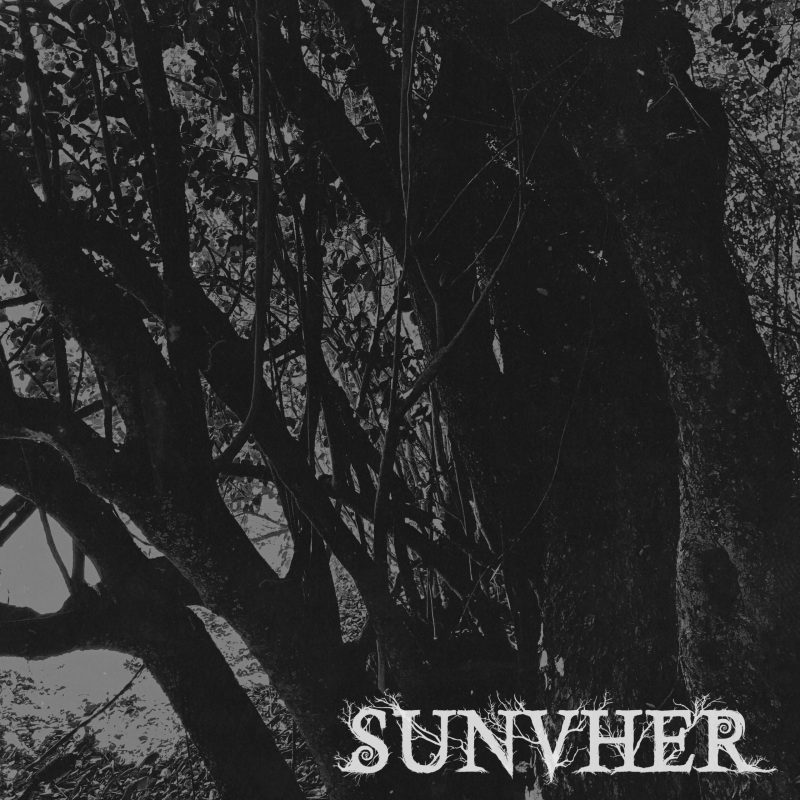 Let’s admit it – we all need some time off, even, from the stuff we love. Like they say, enough is enough, and at some point, I felt quite a strong need to have some change from harsh black metal, just to clear my mind and possibly to inspire and soothe it with something different. However, I felt a bit like a lonely hitch hiker left alone on an empty road in the midst of a myriad of choices. Luckily, I met someone who decided to have some rest from his everyday life too, but being a step further than I was. He found his sweet and fresh treat and was happy to share it with me – and this is how I discovered Sunvher.

Sunvher is a one-man project formed by Jorge Cisternas M. in Coquimbo, Chile. As an idea to create, it started when Jorge was looking for a creative way to have some time off from his main project called progressive stoner band Humanotone. Despite the fact Sunvher officially was brought to life in 2019, its first drafts were created in 2014. The author chose to dig up dusty old concepts up and revive them with new compositions. Reshaping and rearranging the old ideas started in February 2019, spawning 9 well-polished tracks, packed into a 50-minute long, self-titled debut album. The mastermind behind the project completed his work in April 2020 and announced its release date to 31 July 2020. Sunhver is promoted by 2 remarkable tracks, Broken Clocks and The Earth Weight, that you’ll fall in love with supremely easily. They are a perfect entrée whetting the appetite to discover more.

The album opens with a melodious riff, starting the first track titled Just For Tonight, quickly changing to a gripping cascade of sounds. It has a variety of harsh vocals and cleanly sung parts, beautify complementing each other and backed with irrepressible beats. It’s a very powerful opener that would make you at least beat out the rhythm on the table with your fingers without even realising it. The second track is promoting Sunvher is a wonderful composition named Broken Clocks. I remember the very first time I’ve heard that one, I was amazed. This magic tune beginning the song bewitched me with its floating melodiousness, melting into charming and warm vocals, making it so easy to loose myself in and to forget about the reality surrounding me. Melodic riffs tuck the track in, allowing it to change and develop foggy post-rock and blackgaze touches. The third track, Unsatisfied, is a short instrumental interlude gently ending Broken Clocks and giving some air before the next composition titled Hunger. This track starts with a fast-paced drums and guitars utilised to evolve into a pure form of atmospheric black metal energy and ethereal post-black vibes. It is definitely one of the strongest moments of the whole album. This lovely, evanescent touch is continued in Stored In The Ether. Melancholic guitar riffs opposed to softly muffled vocals create a wistful atmosphere, bringing back memories as the title suggests stored somewhere in the ether…

Eternal Moult, the sixth track of Sunvher, is another instrumental piece, closing a melancholic part and building some space for more hazy movements. First of them is The Earth Weight, the second track that promoted the album. Subtle melody introduces a spiritual feeling, backed with mild vocals turning into a bawled chorus, again leaving enough room for sound expansion. These expansions can be discovered with further listens. When Winter Died is a beautifully composed track, using the effect of a wall of sound contrasted with vocals, shrieks and piano. This creates a subtle doze with a very foggy feel. The melodious bridge nicely connects the woven story part with an unrestrained instrumental sound evolution, enwreathing the overall shape. The last track of this unique album, Glows Again, gathers, develops and puts ideas and techniques used before into this 9 minute long piece, unfortunately, at the same time, spelling the end of Sunvher. It is a great conclusion, combining cloudy, but very melodic riffs, adroitly mixing post-black vibes with well structured, yet free-flowing composition.

Jorge is a very careful, talented and sensitive observer of nature, able to craft and transfer his subtle views into the language of touching music. With Sunvher, he created a door leading to the other dimension of his own, intimate and spiritual perceptions – a beautiful world, covered in fog hiding ethereal secrets. This wonderful dimension built with subtle atmospheric black metal elements entwined with post-rock and blackgaze touches is worth being discovered and returned to many times to discover its invisible arcanum.

Sunvher is available as a self-release from 31 July 2020 and can be purchased here and on all major streaming services.