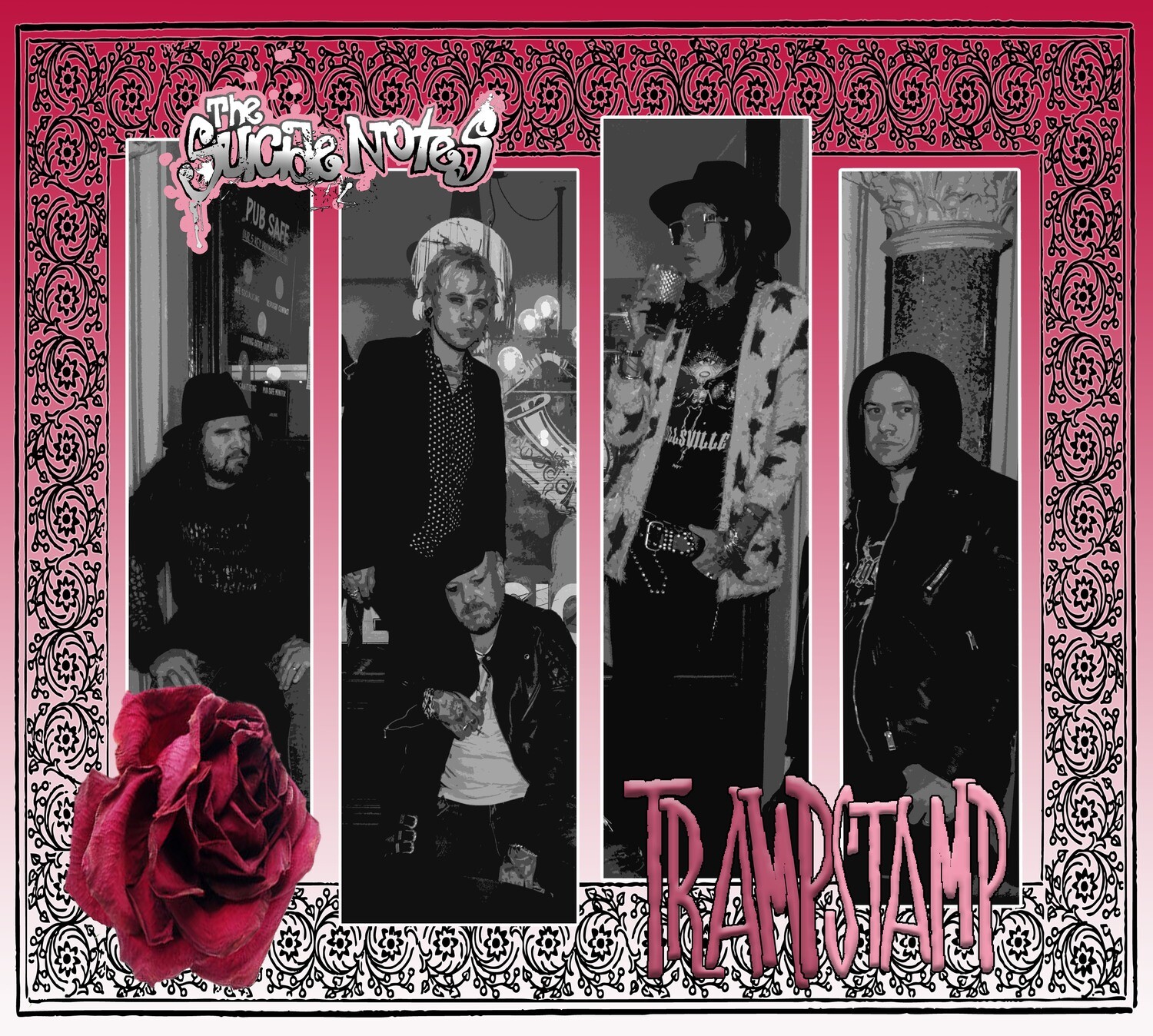 After the success of ‘Pleasures Of Despair’ the Suicide Notes have released another EP. ‘Trampstamp’ also consists of four tracks and any fan of bands like the Dog’s D’Amour, Hanoi Rocks or even The Faces will enjoy these lovable reprobates. A blend of sleaze, glam and good old rock and roll, they are a band that delight with shameless bar room antics and debauched charm.

Blistering strings introduce ‘Rollin With The Punches’. Lowdown and explicit, it’s a pulverising song, that bombards you with fast and relentless chord changes and undeniably seductive vocals from Billy Tee. Soaring guitars come in to layer the rhythm and the pressure remains until the last note. You could be forgiven for thinking ’Snakes Grin Within’ is unrehearsed, as the result sounds a little shambolic, but you would be wrong, the band know what they’re doing, this is unabated rock and roll at its finest, the way it should be played. ‘Dead Flowers’ is a cover of the Rolling Stones song, the band offer up a worthy version, as it wanders just as smoothly as the original. The fourth number is ‘Black Dog Howlin’ an acoustic version that is so different from its appearance on the ‘Pleasures’ EP, where it’s thrashed out with no remorse. Here it’s slowly counted in and this stripped back adaptation is simply divine.

I adore the Suicide Notes, for me they represent how a band can achieve so much, by just going with a gut feeling, writing and performing, knowing the end product doesn’t have to be polished or precise and sadly it’s something we don’t see that often today. Head over to the bands social pages for a link to order your copy of Trampstamp and look out for them on the road, they are both spectacular and captivating on stage.

‘A blend of sleaze, glam and good old rock and roll’