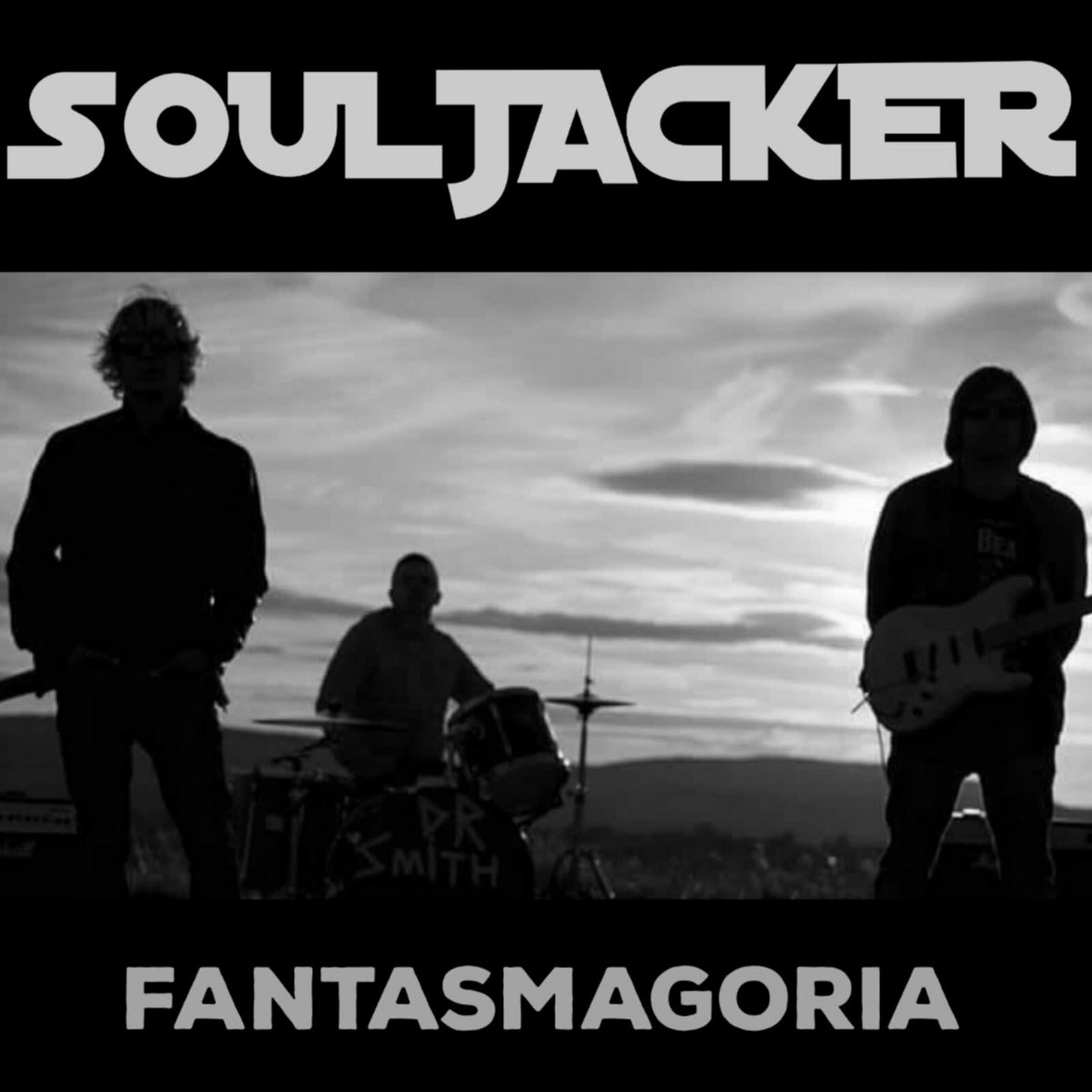 Despite this album being out since last December, I couldn’t refuse the offer of reviewing it. Quite simply because Soul Jacker stood out for me during the NWOCR Webfest 3 last August, when I noticed a band with something different on their plate. Forming back in 2018 and residing in North Wales, the Alternative rockers have since grabbed the attention of media both here and across the pond. Having the likes of Tracey Jackson as social media manager and renown photographer Mick Hutson on board as Tour Manager and also being signed to the Californian based Atomic Records is no mean feat. The record deal was mainly down to them winning a ‘Banger’ music award in the states for their EP ’Nocebo’, which was on Liverpools ‘Evolution Records’. Plague restrictions meant the debut album ‘Fantasmagoria’ was delayed for nearly a year, but in the meantime Atomic re-released demos under the title ‘The Rhostyllen Sessions’ which gained the band even more radio airplay in the US. Singles from the new album have been dropped since January 2020 and Soul Jacker are ready to go, just as soon as the Covid all clear is given.

‘No Way Out’ is the first of the eleven tracks on ‘Fantasmagoria’ and it enters with whirling and thunderous noise. The rumble on the guitars is nonstop and with the added eerie vocals, it makes for an exciting introduction. I like the fact that Soul Jacker add psychedelic as an influence, because there is a large helping of cosmic activity that would lead to presume the guys were fed loads of ’Hawkwind’ as babes. Next it’s straight in with ‘Nobody Loves You’ and the riff is low, grinding and extremely galvanising. Andy Salter pours out vocals that hang heavily in the air and spit at you with no compassion. The distortion of guitars by Salter and Dan Robson alongside the simple drum technique by Damon Robson make this track a creation that is totally mind blowing. The instrumental guitar interlocking midway breaks the rhythm and provides depth before the riff reappears. ‘Dr Smith’ was out as a single last year, we ride a little higher in the saddle as the more Alternative waves come through. Immense drums are in tune with chiming notes and a stack of hooky lyrics and as we delve into a chorus of glorious simplicity, it’s unashamedly aimed at those who enjoy the likes of The Dandy Warhols/Bauhaus/Devo, however the sound is so generally addictive it’s impossible not to like.

‘The Animals’ echoes with a serene and hypnotising melody. Repeating chords are backed for the three and a half minutes by tantalising lines from Andy and the song just reverberates with punishing and relentless beauty. ‘Fast Natured’ is more US Punk in style, with New York raucous behaviour and a stash of loud and pleasurable discord. The album takes a breather when we reach ‘Watercolours’ like a stream it flows, bubbles and trickles. The message is plain tho, our lives are a blank canvas that we paint ourselves.

‘High Heels’ carries well after the previous track, a rolling journey that lets us sit back and enjoy a few classy bass lines from stand in man Mike Revill, ( The permanent bass player slot is now filled by James Donnelly), there’s also a showpiece guitar solo. ‘(Like A) Dandy Warhol’ is very much in the namesakes vein. Sweet, sticky and elegant, with off the grid vocals and more dynamic guitar screeching, in contrast to the sugary lyrics. Less than three minutes long but ’Mary Jane’ has plenty of ‘Whoo-Hoos’ and pumps with churning attitude. ‘Destiny’ is a true ballad, a stripped down affair with an acoustic approach. Gracious and alluring you find yourself holding your breath, as it captures and embraces your heart, mesmerising and beautifully written. Last track ‘Run’ is also slower to begin with. However the feeling of solitude soon fades as the song builds and grows in dimension. It would have been easy for Soul Jacker to go out all guns blazing, so to finish on a deep and engrossing number like ‘Run’ sort of rounds ‘Fantasmagoria’ off with a sense of achievement.

Glorious, messy and divinely sporadic, this album should carry a health warning, it’s so good. I like the way Soul Jacker take Space Rock, Alternative, Punk and Classic Rock and pour all the ingredients into a cauldron. The resulting mixture is like a musical aphrodisiac, stimulating and arousing all the tastes and desires we crave. Discovering something totally different, that we enjoy listening to, that’s always a special moment isn’t it ?

Soul Jacker already having a strong following and have supported Toploader and The Fratellis, but you can’t pigeon hole them as being in just one genre. I anticipate this is just the beginning, a promising future surely beckons for this band.

‘Glorious, messy and divinely sporadic, this album should carry a health warning, it’s so good’

Highlights  – No Way Out, Nobody Loves You, Dr Smith, Destiny.

Fantasmagoria was recorded at the  Amp Recording Studios in Wrexham with producer Nino Ericco.

You can listen to, buy a CD or download the album here :https://souljacker.bandcamp.com/album/fantasmagoria