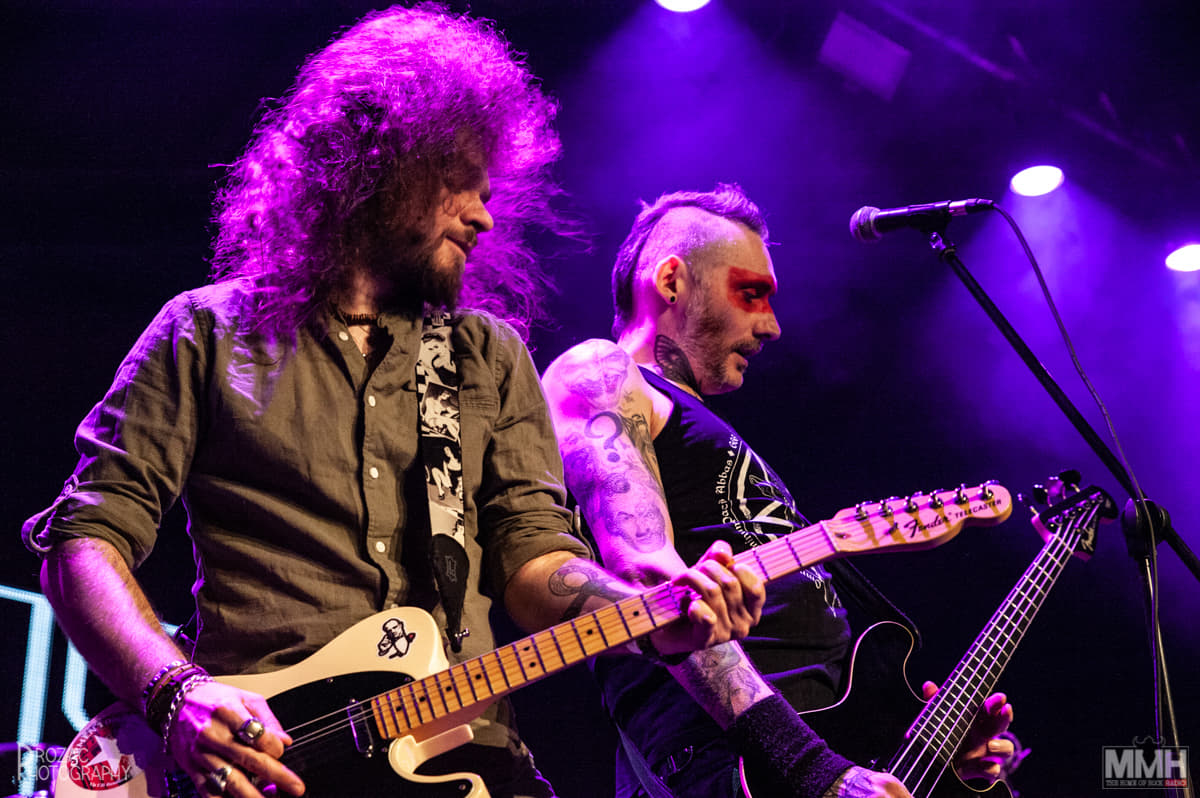 This was a rare treat to see Edinburgh’s finest exports She Burns Red in the Midlands, opening for Wayward Sons, Toby Jepson having previously produced the She Burns Red EP ‘Take Back Tomorrow’.

Those already in the know made their way down front as the opening chimes of biggest single to date ‘Copernicus Falls‘ rang out (affectionately named on my breakfast show as copper knickers!) and it’s great to see a large crowd amassed and animated for the band tonight.

I’ve been championing this band for some time now and it’s a real treat to witness them at KK’s Steel Mill, a venue famous for its awesome sound quality and stage production, it showcases them in the best possible way to a largely brand-new audience and only confirms my thoughts that these guys really stand out from the crowd and have what it takes to go further. My personal favourites are up next ‘Gone‘ and ‘Crosshairs‘ demonstrating their edge and grit, which is what sets them apart from the nwocr by numbers formula.

The infectious energy and striking form of Frontman/bass player James McCulloch is anchored and complimented by the solid might of frontman/guitarist Andy Moore, the cherry on top is lead guitarist Naz supplying some great solos and drummer Scott Hanlon keeping it all rolling big time! The band are sounding in fine form!

Now it gets exciting, three new tracks are aired tonight and I’m genuinely eager for the release to see where it takes them next. ‘Killing Time‘ with its infectious drums and bass, the melancholy beauty of ‘Out Of Darkness’ and the stonking big chorus of ‘Rise and Fall‘, all fine fine songs and they’re sounding huge! The imminent new single ‘Rise and Fall‘ 100% sees She Burns Red poised to level up, if this doesn’t set their name on everyone’s lips on the current UK new rock scene then I’ll eat a rotten haggis!

The band close with ‘Tell Me How It Ends‘ and I can tell you how it ends… She Burns Red are about to blow up with the release of their strong af new material and you’ll be hearing and seeing a lot more from them in 2022 and beyond. Don’t just take my word for it, just look at the line of Wayward Sons punters saying and I quote “I’d never heard of you guys before, brilliant set, new fan made” this was the general consensus after the show and you can’t argue with that, mission accomplished.