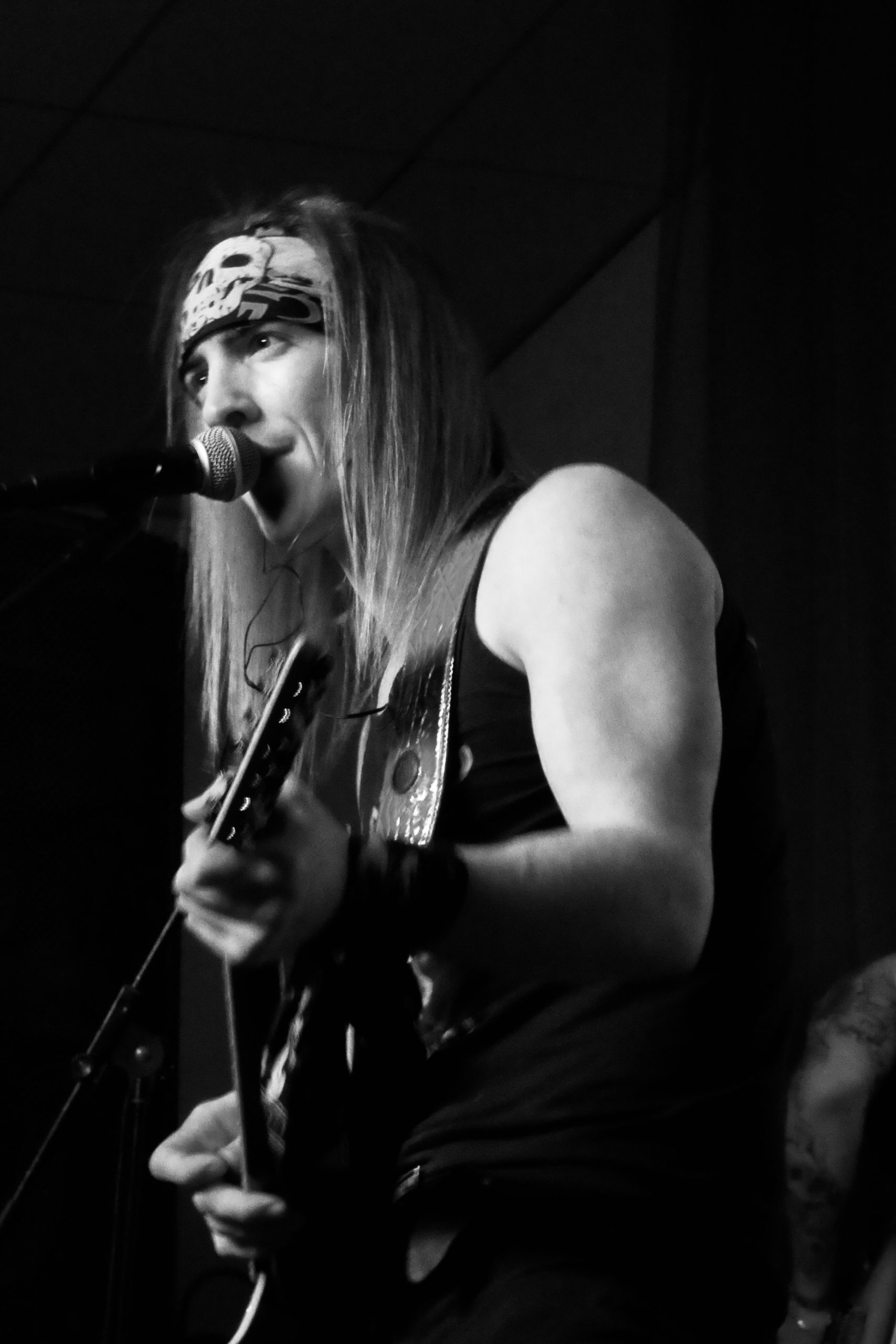 A band from the West Midlands, White Tygër have been entertaining their devoted followers for a few years now and are one of the heaviest of covers bands in the area. But hey you wonder, what is happening here, covers ? Let me enlighten you, apart from emitting really decent renditions of our favourites, ranging from Metallica to The Beastie Boys ( ! ), these guys also include their own stuff and tonight there are four original numbers on the set, which I will concentrate on. The Regis is a newish venue and I think the band are the first rock outfit to grace the stage, there are a few initial problems but they are soon overcome and note, it’s a decent room, having a large bar, sound desk and restaurant next door. Plus friendly security ! Quite a crowd in for the lads tonight as they do have a huge following and this is a local gig for them. A set list of around twenty, this is going to be a long one, but White Tygër are experienced enough to keep going long into the night.

‘Permanent Vacation’ is the first White Tygër number of the evening, an evil ‘Metallica’ style riff churns over and over, by way of guitarist Chris Hingley and Nip ’Tygër’ Turner leads with some evocative licks. These guys certainly know how to handle themselves up on stage and with Jack Ryland Smith ( Ex Gin Annie ) on drums, they produce this thundering piece of work. Plenty of harmonies are thrown in for a chorus and that screech Nip supplies towards the end is impressive to say the least. In between the Bad Company, Van Halen, (where there is a brilliant extended version of Eruption and guitar battle of note) and Jacks solo, which ends in flying drum sticks, we encounter ‘Midnight Lovers’ the second of the WT songs. A swagger of a tune and a ride of true sleaze, it gels together with softer melody and an easy going tempo. A superb guitar solo adds a layer of emulsion to the proceedings and the audience love it.

They dish up ’Speed Demon’, another that is full of riff fulfilment. It’s good to watch the band in action as well, they have cemented an electric stage presence that can only be achieved by performing together over time. Dual guitar shredding by Nip and Chris and rapid bass from Ste Timmins, certainly enhances the senses. It even has a decent change of rhythm mid way to infuse extra width. The songs keep coming in quick succession, Pantera, Iron Maiden and a lengthy AC/DC cover of ‘Whole Lotta Rosie’ that sees the guitarists take to the floor and bar, for some up-close and personal interaction. Then it’s time for a short break before they return with an encore. I have to say that their last original track ‘No Fucks Given’ is an outstanding ear-worm. It’s a massive riff shaker and I wish this had been the same length as ‘Rosie’, as it was over, way too soon ! This track has got to be heard to be believed so watch the video below.

There’s a nine track debut album in the pipeline and the eponymous single is due for release next week. Melodic and uplifting it’s a singalong, but with plenty of muscle. Having a juggernaut feel of positivity and those crucial fret weaving interludes, it’s got all the segments and attitude of a classic, think Crüe/Poison/Tigertailz at their best. I certainly hope the rock radio DJ’s blast this on the airwaves as much as possible, you need to hear this band !

For quite a while now, I’ve thought White Tygër would fit in on the circuit with their original work and now they’re taking the next steps in achieving that. As well as the debut album ‘This Is The Life’, a setlist of original songs is in progress, that will allow them to get those slots on the road, that they deserve. White Tygër are on the cusp of metamorphic transformation and you heard it here first. They are determined to get noticed and if you need any convincing, head over to the Youtube channel for more impressive vids.

There are a number of shows planned all around the West  Midlands, where they will unleash songs from the album. A list of all the dates can be found on the WHITE TYGËR Facebook page and Website. For now, shows will be a mix of covers & original work.