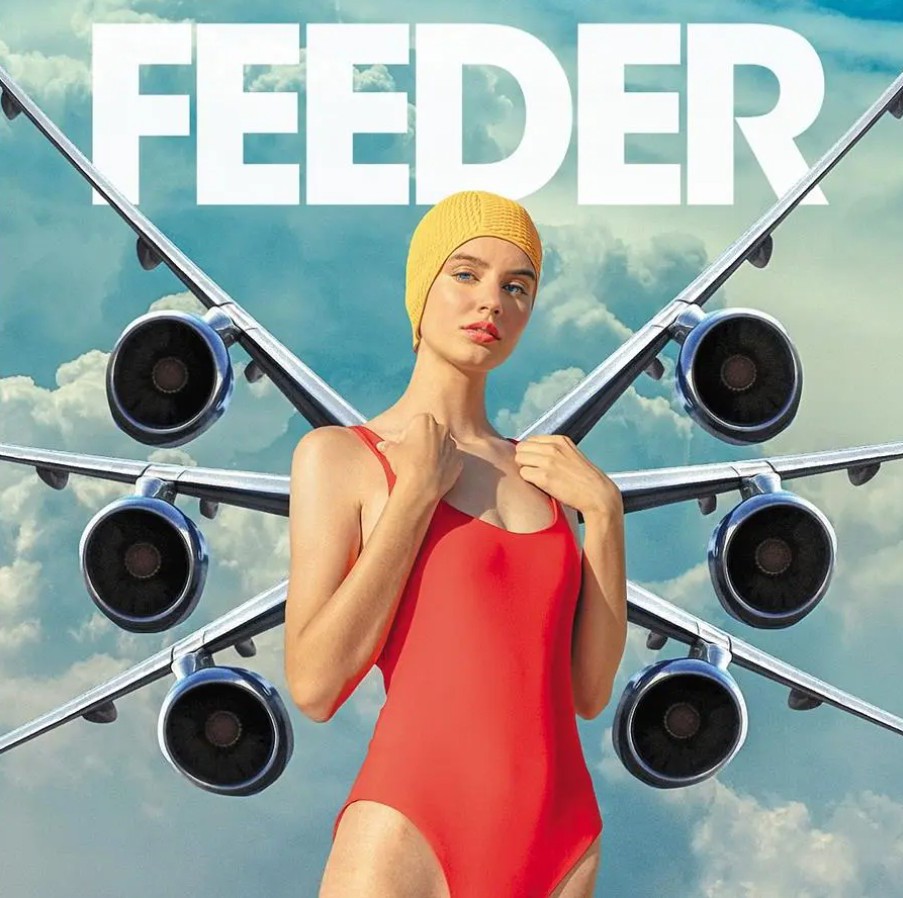 So, the new Feeder album has arrived.
The album was preceded by 4 singles, so truth be told we had a good idea what the band were up to.
Thankfully, as a long term fan of the band it sounded as if the band were back in full fuzzy riff form.
But the strength of the singles don’t really provide this marvelous album anywhere near the justice it deserves.
This is a band that in all honesty could kick out just about anything and the fans are going to pick it up and buy the tickets for the tours.
Despite this flattering knowledge, the band have yet again pulled together a magical blend of beefy, distorted rock and melded it with beautiful and light pop melodies as only they can.
It’s always been the ace up their sleeve.
The overall style of the song hasn’t mattered. From the huge riff filled beast of Stereo World on Polythene all the way through the poignant and epic Summers Gone or the multi layered build of Oxygen from their most popular one two of Echo Park and Comfort In Sound, across their career they have displayed a knack for squeezing in a melody.
And they have done it again.
The slow burning opener The Healing sneaks in with its mellow guitars leading up to a huge chorus, next up the title track smashes in the doors with a monster 90s inspired Bush-esque riff, bringing the heavy but also a majestic chorus that sets up camp in your head, running on repeat after the first listen.

When It All Breaks Down lulls you in before dropping a gurt big groovy riff for the hook that has you pulling the stank face.
Magpie is epic with a wonderful and simple call and response refrain that will be golden at shows.

Decompress is the heaviest thing the band have punted out for a few moons and it’s great to hear the band flexing something noisier.
Slow Strings is a welcome and slower change, pulling the classic Feeder trope of having a tranquil and calm song in the third quarter, before eventually rolling into the fantastic acoustic closer Desperate Hour.

Feeder haven’t reinvented the wheel with Torpedo, but they have put together a quite frankly near perfect collection of songs that display everything that have enabled them to have an almost 30 year career.
This is a great album now, but give it a couple of months and it’s going to sound amazing in the sunshine, be it with the windows down in the car or in the back garden with some drinks, let this album into your collection, it’ll make things better.

Torpedo is out now via Big Teeth Records.