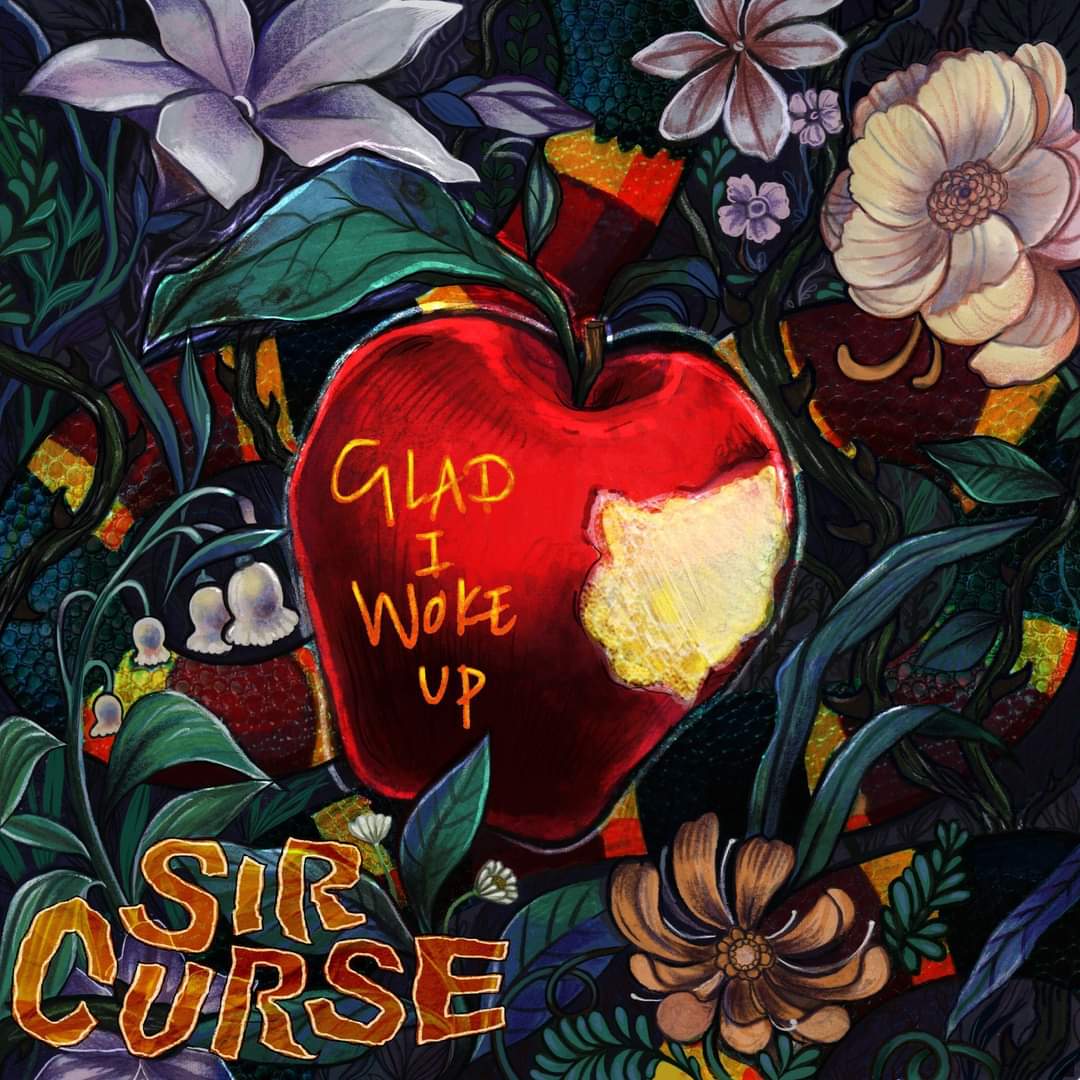 I first heard Sir Curse a few years back when their chaotic, melody laden single dropped into the InBox, I remember the first listen very vividly and thinking to myself, how the hell does this work? It really shouldn’t, but it does, and it’s soo much fun.
Roll forward to their latest offering Glad I Woke Up and what, if anything has changed?

Well, in true Sir Curse form, it’s very paradoxical as not a lot and quite a lot has managed to change at the same time.
The first noticeable thing is that this is a much more streamlined affair, much calmer, and without meaning to cast shade over the rest if their work, it feels more focused.
But at the same time, there are many layers of music and instruments happening within the song just like before.
But instead of feeling like everything was fighting for its place, it feels more harmonious.

Before felt folky, rocky, indie, punky, skanky.
Some of that has survived, the folky bits are still lurking, as are the indie vibes and the delicious pop punk flavoured chorus.
But the main melody and verses feel much more electronic and synthy.
I couldn’t ever really pinpoint a style or influence before, but the main melody and verse vocals in particular ooze Imogen Heap influences. The slight polka flavour to the intro also reminded me of Fiona Apple at her bounciest.
The band are pairing this with the b side live rendition of Coraline, which you can check out below.