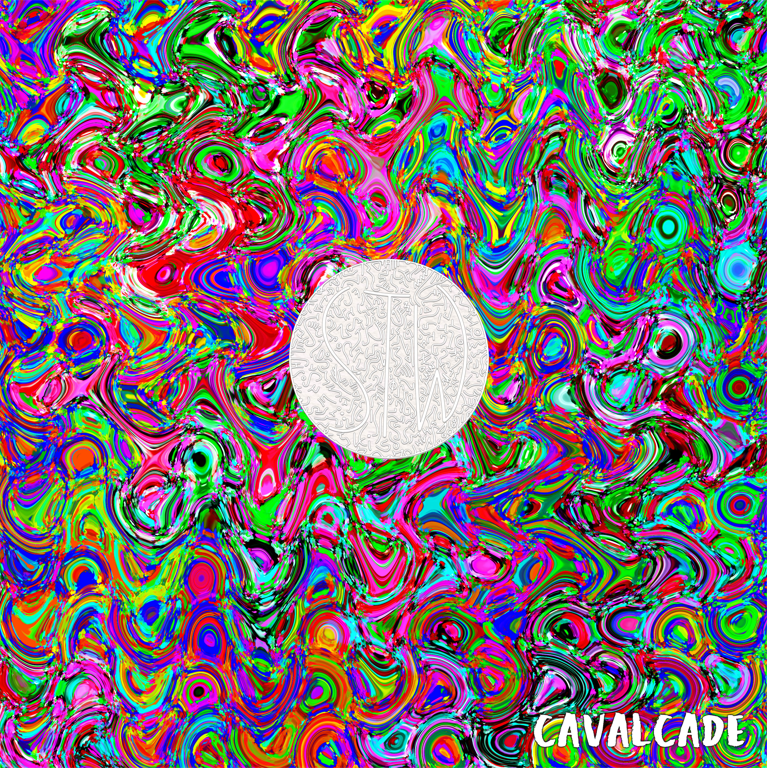 ‘Swallow The Weekend’, the latest release from London lads Cavalcade, is a showcase of cool, and a highly anticipated release of fresh material. Crowdfunded in the past and thoroughly indie, this band has been biding their time. This EP has been five years in the making; the time and effort was clearly channelled effectively.

I was impressed with the production values, and can’t wait to see what else this collaboration with Golden Robot will yield. A small (but crucial) feature I enjoyed was that Cavalcade didn’t show their hand from the start. The title track is a firebrand and the glue that holds the rest of the EP together.

Instead we begin with ‘Feels Like Home’, a good introduction to the band’s energy and the direction that the rest of the EP will take, though perhaps not as catchy as ‘Dreaming About’ or hypnotic as ‘Sunshine Child’. ‘Feels Like Home’ features relentless percussion heavier basslines than the other fare. The vocals are wrapped around a regional accent and clear emotion, and it’s a joy to hear the authenticity in each syllable. It will appeal to fans new and old, but also represent that transition to new material, with different aesthetics and messages.

‘Dreaming About’ was the unexpected treat for me on the EP, and in my opinion the standout track. Far from a filler track, it feels poppier than what came before it (and I mean it in the best possible way). Blending new styles and old, it breaks up the heavier tracks and really prepares us for ‘Sunshine Child’, which finishes up as the last track.

‘Swallow The Weekend’ is thrilling. Definitely the perfect choice for a lead single. This is the drinking song, the ‘Let’s Dance To Joy Division’, the song to play when you’re happy, sad or your life is spinning out of control, the everyman indie. It’s bread and butter handled deftly and I see it being played at many a house party for years to come. The bassline is so catchy you’ll know it from the moment it kicks in, having only heard it once before. Instead of heavy, these vocals become sensual while still maintaining the manic (and welcome) energy of the tracks that came before.

The soft percussion leads us into ‘Sunshine Child’. It’s dreamier than ‘Dreaming About’, ironically enough. It earns its Summer of Love-esque title with its sentimental lyrics and building of crescendo, but still has a quintessential Cavalcade feel, morose chords and one last hammering of those drums for a dramatic end to a short but sweet EP.

My main gripe I suppose is that I wanted more. But this isn’t a big deal, when it seems that this band has a bright future ahead, and more time to improve on the solid foundation it’s laid with this EP and their past catalogue. More of this please, and don’t skimp on the basslines!