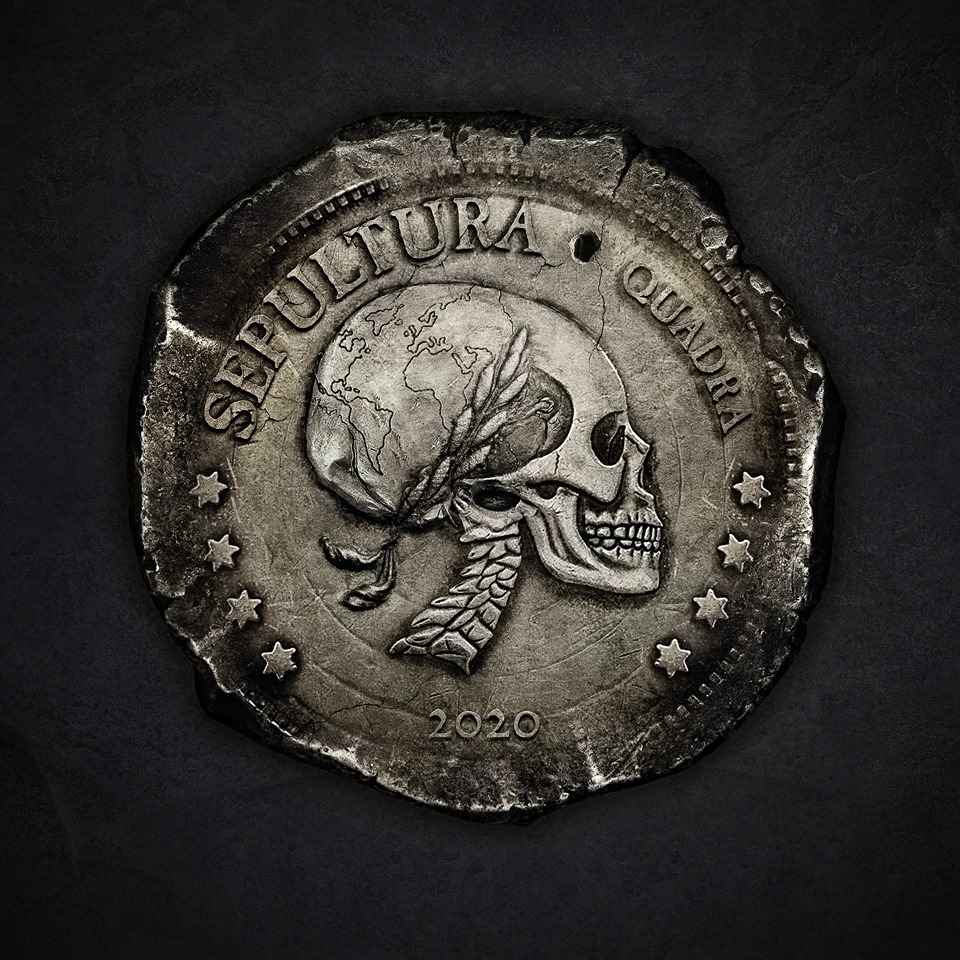 Sepultura is a Brazilian heavy metal band, who started in 1984. These guys have dipped into Groove, Thrash and Death Metal, and have given us such songs as “Roots Bloody Roots”. Now, in 2020, they released their new album “Quadra” back in February. Has it gone down well with MMH Radio? Read on!

“Means to an End” is a really great track. I get a little Slipknot and In Flames feel from some of the verses, which flow very well together. It’s on the fast-paced list, so I would expect this one to join the live set list in the future.
“Ali” starts off well, but I do feel that the intro was dragged out a little longer than it needed to be. There are a lot of different sounds going on in this track and so, for me, it makes it a little difficult to get into and get where the song is going.

I’m on the fence about “The Pentagram”, which is an instrumental track. Personally, I enjoy watching solos at live shows because it’s nice to see musicians demonstrate their range of skills – and it’s a good way to break up the set. However, on studio recorded albums, I don’t think they’re my most favourite type of song to listen to (an exception made for “Moondance” by Nightwish). I believe that mainly comes from the fact that I connect with music on a number of levels, depending on the genre it is. For me, metal creates a very personal experience where lyrics help to portray and personify memories, deep thoughts and feelings, and actively cross-over mind and imagination. In short, it’s something that instruments alone cannot always achieve.
That being said, it’s not something that everyone feels. Many people can appreciate music for what it is, which is raw talent and a butt-ton of hard work. I don’t deny the fact that Sepultura are talented and impressive, but instrumental tracks are just not entirely my thing. Sorry guys!

“Fear; Pain; Chaos; Suffering” is the last track on the album, and is arguably one of my favourite. It’s like the trio love child they had with Metallica and Lacuna Coil. Those Metallica vibes come in with the intro, giving off some eerie chills. This is then complemented by our guest vocalist. This song is packed with nothing but greatness and varied talent. I really enjoyed this one, and listened to it several times more than necessary because I loved it so much. The guest vocalist also reminds me of Cinder from The Fangs of the Dodo. It’s a very different style of song in comparison to the rest of the album, but that only demonstrates how fluid this band is. The only nitpick for this song is that it would have been nice if they mentioned in the title of the track who the female singer was.

Overall, it’s a pretty decent album. There are certainly some tracks on here that stand out and will be making their way onto my playlists, and it’s a good album for all raging Sepultura fans. A few songs did seem a little lack lustre, as mentioned, but that is only really down to my personal tastes. It is a solid Sepultura record.