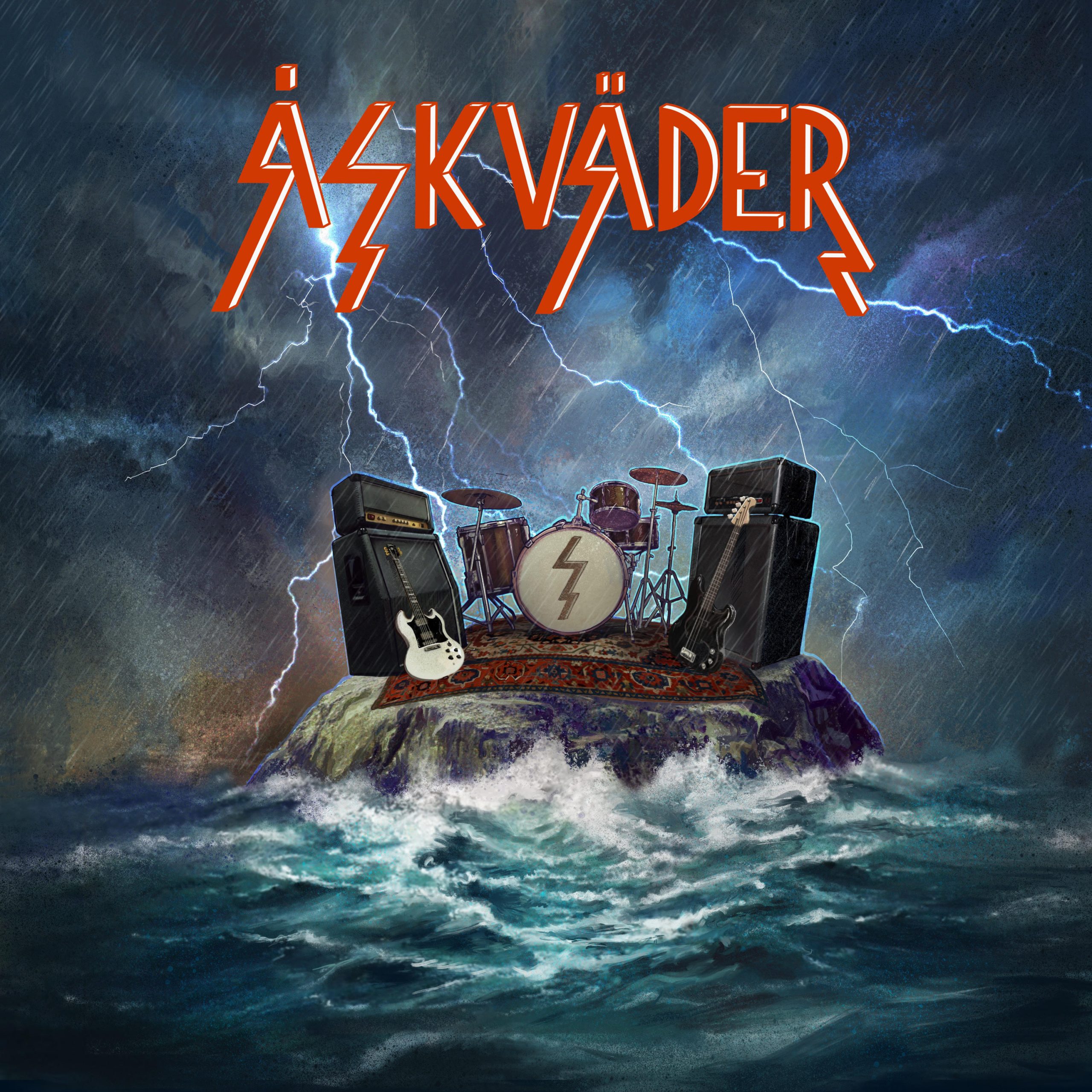 Swedish rockers Åskväder released their debut self-titled album this month through The Sign records. The band, formed in 2018, consists of Alex Mayr on bass, August Waernelius on drums, Albin Sörensson on lead vocals and Martin Gut on guitar, and describe their sound as “smoking hot riffs drenched in bluesy licks”.

Åskväder translated means ‘Thunderstorm’ which is the name of the opening track, a fast paced energetic and upbeat pop-rock song, fun and familiar sounding, driven by big drums and an irrepressibly catchy vocal.

The scuzzy guitar and strong drums on 70s indie rock style ‘Cutting Corners’ sound great but for me the vocals compete with the instruments and I think this is down to production rather than talent as they have loads of that!

‘God’s Grace’ is harder hitting with powerful vocals and a funky beat and just before 2 minutes Gut makes his guitar scream, and the riffs are bounteous in ‘Nothing To Lose’.

‘Give In’ shows the bluesy side they mention, a seductive vocal and sweet lyrics with divine guitar work and a trippy melody make for a mature, mellow sound. Picking up the pace again, ‘Bit My Lip’ is frenetic with a storming beat and massive bass.

Big chunky riffs feature heavily in laid back rocker ‘Devil’s Feast’ which is my least favourite on the album, before the growling gnarly bass of ‘Elysium’. An upbeat groove and excitable vocals, this is retro meets more modern with crisp guitars overlaying a solid rhythm section.

‘Defeat’ is another bluesy track, rootsy and earthy with lovely harmonising and a soulful vocal to die for. Serious but not miserable, I love this song and it’s my favourite by far.

A great debut which shows promise and talent, with melodies that seep into your brain, and I look forward to hearing what else they release.