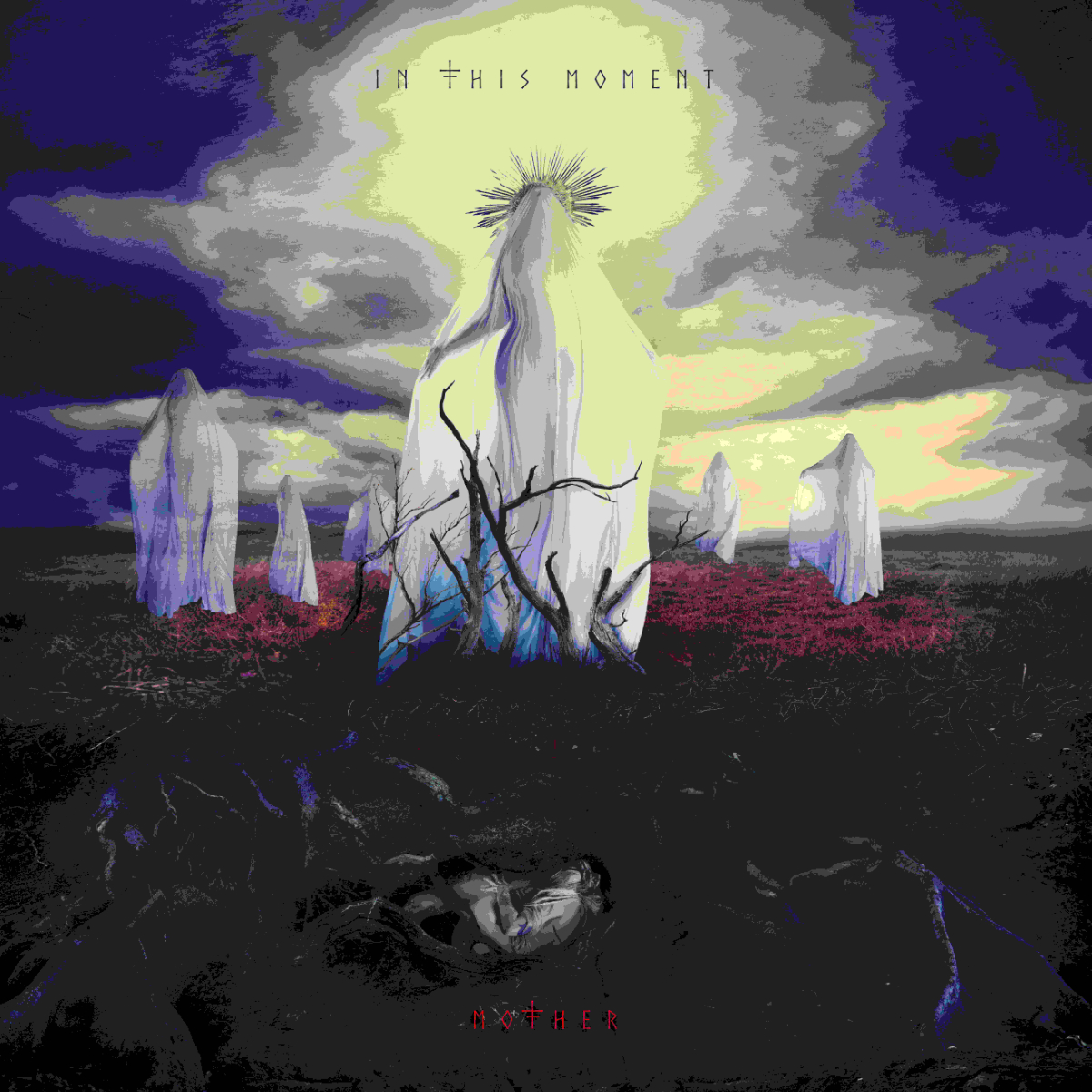 Since coming to life in 2005, hard rock provocateurs In This Moment have presided over a diehard fan base under the watch of a familiar “mother” figure frontwoman Maria Brink—joined by co-founder and lead guitarist Chris Howorth, Travis Johnson (bass), Randy Weitzel (guitar), and Kent Dimmel (drums) they have just released their seventh studio album, aptly titled – Mother on Atlantic/Roadrunner records.

In This Moment have, so far, had two gold selling singles in “Blood” and “Whore” and gold selling album “Blood”.

In This Moment teamed up again with producer Kevin Churko who produced the last 5 albums, so, does Mother live up to her predecessors?

Well, prior to the release of Mother, In This Moment released three singles. The first being “The In-Between”, which takes a knowing nod to earlier releases such as the previously mentioned “Blood” and “Whore” along with “Sick Like Me” amongst others, with the calm verses leading to the heavy distorted chorus of :

The second single was “Hunting Grounds” which is a duet of sorts with Maria and guest Joe Cotela of Ded, who matches Maria’s voice perfectly whilst warning each other, that “One of us is going down”.

The third single prior to the album release was, “As Above, So Below”, which starts with a cinematic organ and Maria’s voice starting in a whisper, building up with the rest of the band joining, swirling guitar riffs and a fantastic hook of Maria repeating a distorted “As Above” in true In This Moment style.

The rest of the album is a mix of original material and three covers. The 1st cover opens the album after an interlude track called “The Beginning”. “The Beginning” leads perfectly in to “Fly Like an Eagle”, a cover of The Steve Miller Band hit.

In This Moment, invite fellow femme fatales Lzzy Hale (Halestorm) and Taylor Momsen (The Pretty Reckless) to take on Queen’s stadium classic, “We Will Rock You”. Kept very true to the original with Chris’ excellent guitar work, whilst adding their own style – a track I’m sure all In This Moment fans are going to love. I’ll get to the third cover later.

There’s a fewer slower tracks on the album such as the title track “Mother”, “Born In Flames” and “Holy Man” all of which showcase Maria’s voice beautifully.

A stand out track for me is “Legacy”, it feels like it has inspirations from Phil Collins’ “In The Air Tonight” (which incidentally In This Moment have covered previously, and if you’ve not heard it, I urge you to check it out). “Legacy” starts with what I assume is a synth and Just Maria’s voice with the rest of the band kicking in to accompany her after a minute and half.

Another slow building track is “Lay Me Down”, with it’s seductive groove of which spirals towards a hypnotic hook as guitars toss and turn.

The final track on the album is the third cover version I previously mentioned. It’s a cover of Mazzy Star’s “Into Dust”. Personally, I feel this is the best cover, not just on this album, but quite possibly in In This Moment’s entire back catalogue. A bold statement I know! It is, quite simply, a haunting atmospheric 6 minutes 40 seconds featuring just Maria and a piano – and I’m not sure words can do it justice.

I would say, not only has Mother picked up where Ritual left off, it has given new life to In This Moment and set the bar for hard rock!

Mother is out now and available to buy here