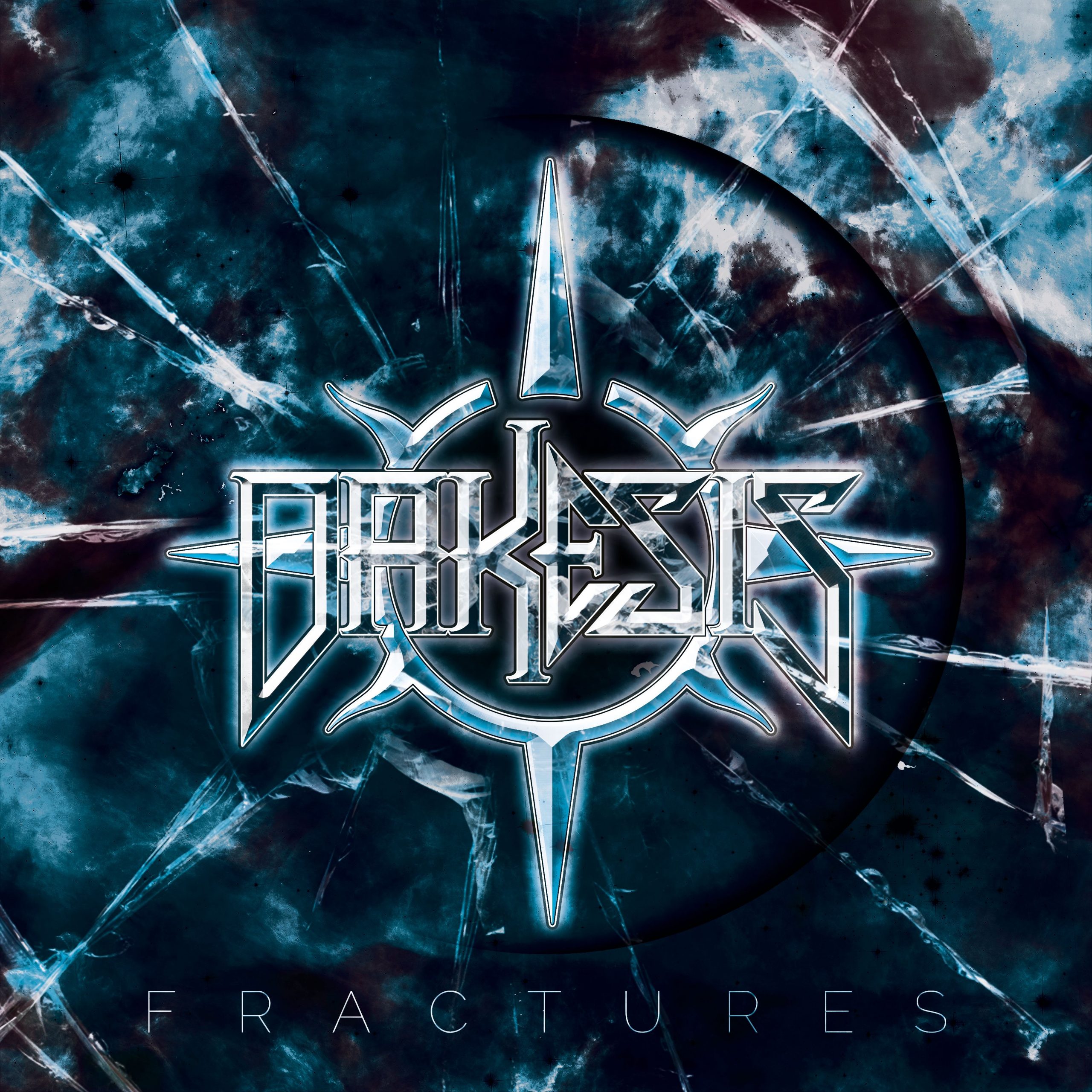 Four years on from their last album, Dakesis are set to release their third studio album since their inception in 2008. While we are in tumultuous times, in a way, this could be a blessing in disguise. I could be wrong here, and I’m sure they’ll be devastated to have to postpone upcoming shows for the album release, but this could be the perfect time to really get people listening to music. Almost everyone will have some extra time on their hands, and I urge everyone to go and discover new music in this window of opportunity. If you’re into your prog/power/symphonic metal, Fractures would be a good place to start.

The end of time part 1 incorporates thrash and power metal elements which makes for a tasty but solid first track, while part 2 is a real instrumental flavour, experimenting with riffs and melodies to an impressive result. The vocals slot in nicely in the middle, helping to texture the track and share the responsibility. Capped off by a sharp ending, while lengthy, it makes for an intriguing introduction to the album. Dakesis aren’t a band limited to one genre. The three that I listed above are probably the ones I could narrow it down to, even then the band blend them together to create an overall sound. Even with that said, they draw in more influences. Songs such as Legacy in Memory sounds like it should be in a play or a musical, embracing the musical theatre dynamics of a vocal-focused ballad with the keys dominating the melodies. With an unexpected kick from the instruments towards the end, it shows that these guys have a few tricks up their sleeves too.

More symphonic influences are noticeable in other songs such as Kairos which combines metal with an orchestral backing, giving that Nightwish-like sound. It’s got real potency to the song, with an epic guitar solo that fits like a glove. Clocking in at almost five minutes, the song races along with an overload of 16th notes on the bass drum. Although it suits the song well, it slightly loses its effect towards the end with the consistency. They could of probably ended it four or eight bars earlier and utilised the breakdown a bit more, but nevertheless, it’s a hard-hitting tune that will go down a treat at live shows.

Overthrown isn’t quite as in-your-face, but it carries the orchestral sound over and emphasises its effect, using stabs in the intro to give it an all-encompassing sound. It’s predominately played in 5/8, however it switches to 6/8 in the chorus, and has a swung 4/4 section, providing plenty of metric variation. A captivating change of tonality is used towards the end, which helps to elevate the piece and show its strength. Surrender your fears is a well-balanced tune. Dakesis keep it rhythmically interesting and varied throughout, and there’s a great breakdown section with the drums and percussion elements that gives the song an extra dynamic. The instruments compliment each other really well without clashing together or without being too overly complex. Though the chorus lacks the strength of previous numbers, the band prove they can consistently churn out their craft.

The fifteen-minute title track closes out the album, and it’s a fantastic finale. If you’ve got the patience to take it all in, you’ll feel more than fulfilled by the end. Fractures is a proper composition that would sound perfect as the soundtrack to a medieval first-person fighting game. I could be here all day trying to describe and analyse it, so it’s best if you go and listen for yourselves, you won’t be disappointed.

The album represents a lot of hard work and expression, taking the band up a level from their previous record. Sonically interesting, they’ve used this album to expand their own brand of metal and build on their songwriting, musicianship and finesse. Additionally, Fractures is an album that I feel will be appreciated a lot by the metal community. Keep doing brum proud guys.

Fractures is out now and can be purchased here.