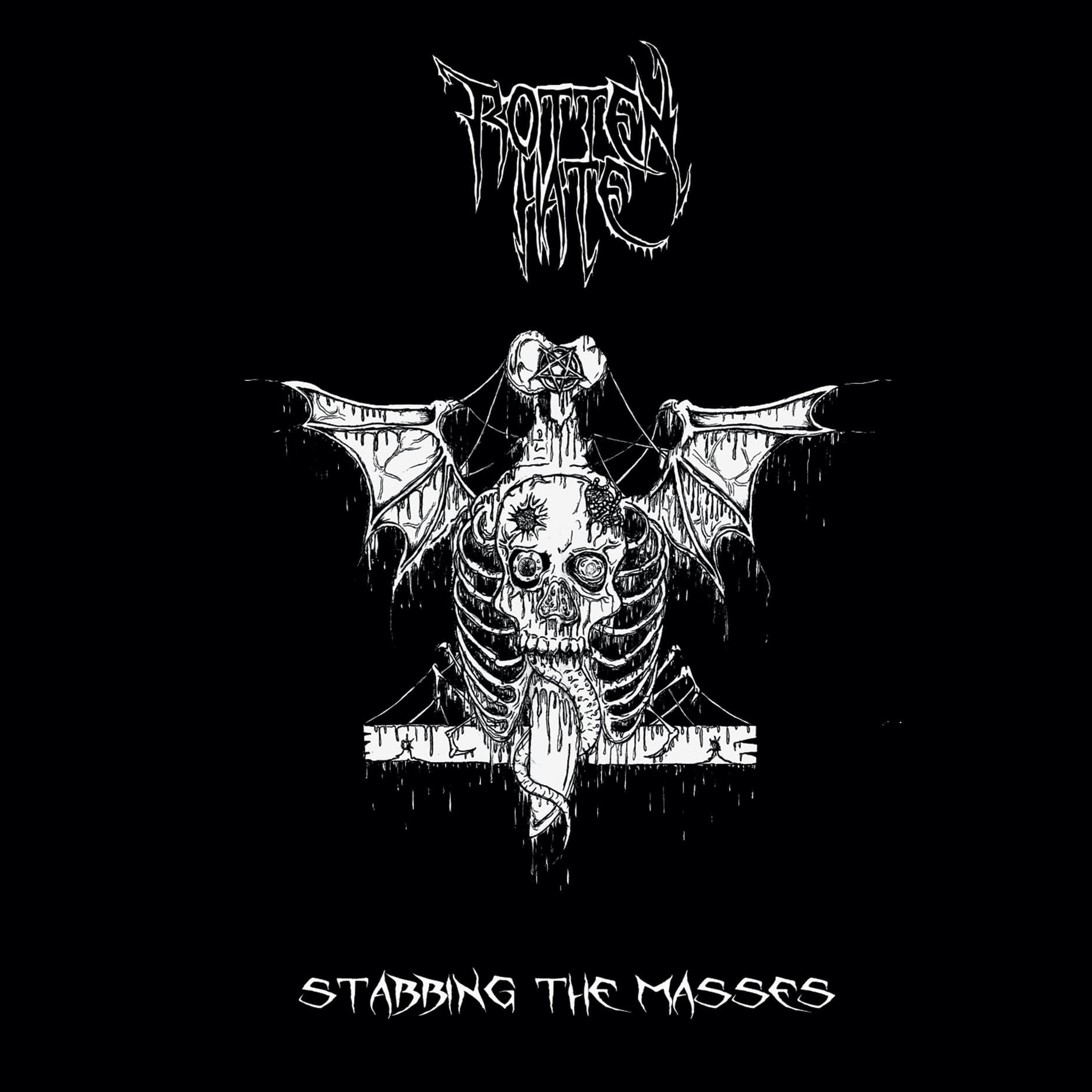 Death metal and crust punk are often cited as the two key ingredients in the make up of grindcore. As such, when a band is described as death/crust the question that is immediately raised is ‘how is this combination distinct from grindcore?’ Distinction from grindcore is not the sole arbiter of quality, of course, as whether or not a band strictly adhere to genre signifiers would be a silly way to assess quality. The question does, however, constitute a good framing devise for a review.

The combination of death metal and crust punk on Stabbing The Masses, as grindcore or otherwise, isn’t really present. They feel as if they are two elements placed side by side often, as if the band are saying ‘here’s some death metal, and now here’s some crust punk.’ It’s kind of a shame, an album that captured some of the slower and more mid-paced elements of Trap Them’s Crown Feral and combined it with the slower moments of Obituary’s back catalogue would have been an interesting fusion of the two genres, but here it just feels a tad disjointed. Barring the odd D-Beat – the signature crust punk drum pattern that evolved into the blast beat – under some of the death metal parts the two genres are mostly separate.

It’s a shame that they keep everything mostly separate, as both the classic 90s death metal style riffing is very well accomplished, and the crust punk parts certainly imbue that sense of invincible, violent energy that only the best bands can. Shooting and Vultures are two tracks that particularly stand out, the former with a surprisingly sticky hook cooked up from two genres usually bereft of them, and the latter with its insistent, shuffling march. The guitar and bass tones are to die for as well, just the right amount of absolute filth all over them, without ever losing clarity. Even opening track, Abyss, would be the perfect intro track if it’s four count led into some blisteringly fast riffing, rather than a momentum disrupting sample as the intro to the next track. It’s a bit of a shame then, that the rest of the tracks do struggle to stand out distinctly from one another.

Stabbing The Masses is a solid album with a few small drawbacks. Even so, it’s good enough to establish Rotten Hate as a band to keep an eye on and definitely check out live, as these songs will be absolute madness in the pit. Hopefully future releases will have a smoother blend of the two constituent genres, without sacrificing any of the song writing quality on display here.

Stabbing The Masses if out 30th July via Australis Records

Rotten Hate can be found on: