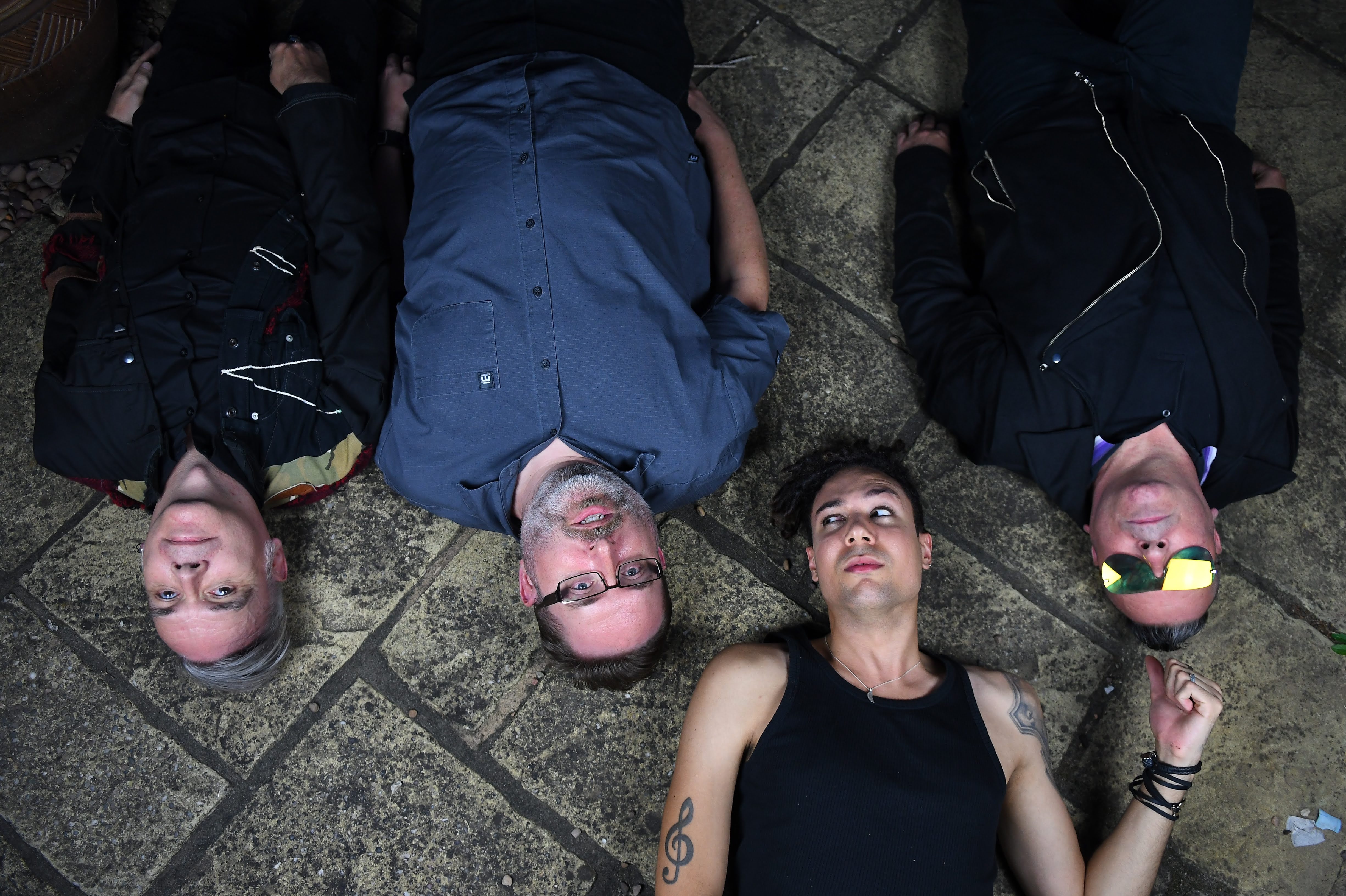 Hurtsfall are a four-member Post-Punk band from Nottingham, debuting their single “Lucid”. The band note influences such as The Cure, The Sisters of Mercy, Killing Joke and Joy Division – all very iconic artists which helped establish the 70’s punk scene. It would be nice to have something which brings these classics back to life in a new era, but it’s a hard sound to nail.

This song definitely has those 70’s-80’s vibes, and I’d fully expect to see the band on a line-up with The Sisters of Mercy or Bauhaus. It has a good mix of old school goth and punk. It opens nicely, and is straight into a good rhythm. The second vocalist that comes in gives off a sound comparable to Placebo, which compliments it nicely. Everything mixes well together, and works. The only real criticism I have would be that the song does just slightly lack power around 1:23, and I think it could have done with more percussion and a change in pitch.

It’s a nice start, and is different from a lot of music which is being released at the moment. It’s also a very brave choice, as this genre is certainly a lot more niche. I think that with more time the band will certainly have more to bring to the table, and I’m excited to see what that might sound like.
I think with a full EP it’ll be a lot easier to see the full potential the band has, and how their sound varies. At first glance, they seem to be nailing their core sound.

You can find Hurtsfall on social media here;