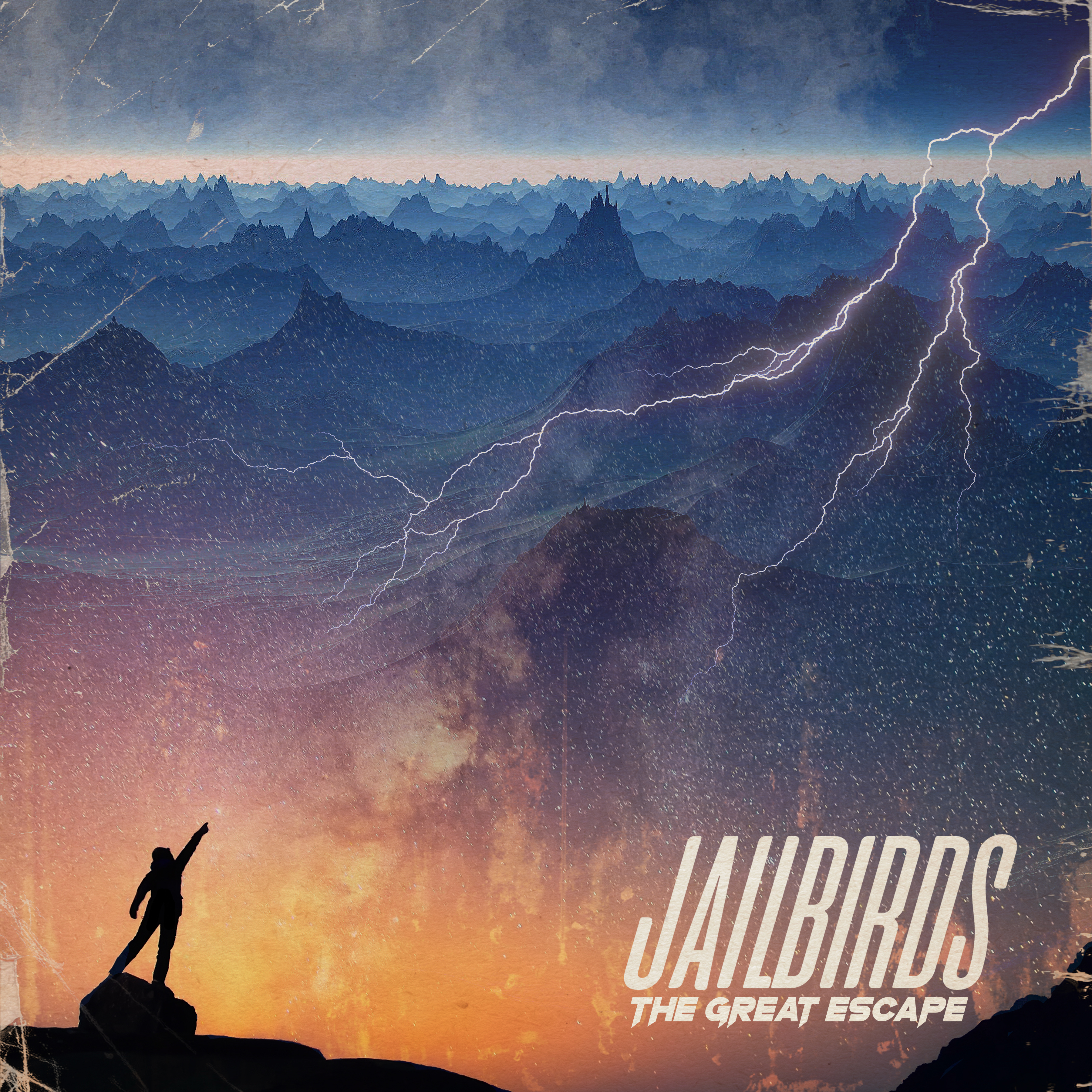 If you mix the Aussie’s with the Irish you are living dangerously, if you mix it in a rock band, you are asking for a hell of a ride. Residing in Dublin these four are two brothers originally from Sydney and two Irish lads, together they are the Jailbirds. Formed in 2016, ‘The Great Escape’ is the first album, since the debut EP ‘Break The Silence’ from 2017, which itself was outstanding. They have played Bloodstock and are regulars on the Irish Circuit, so a full album is most welcome.

First up is the title track and it’s a fiery rocker, starting with a subdued guitar intro and then rousing folk strings, it then bursts into life with gusto. The aptly penned ‘Loose Cannon’ is fast and furious, plenty of guitar again and Aussie Axel McDonald is amazing on vocals. The single ‘Nothing Good Lasts Forever’ has a few AC/DC tones, love the hook on this and the chorus draws you in like a magnet. ’Shadow Of Love’ is more dirty blues and full of twangy slide. The rhythm guitar of Ed Orr and drums by Axel’s brother Jay, are in the picture on ‘Thrill Of The Chase’ a ballsy rocker with high vocals, the video below is worth watching, with its fun Wild West theme. ‘Underdog’ is even more sleazy, it almost crawls along the gutter, it has a repeating riff that is so bad boy. Love that one.

‘Fight Or Flight’ is another that builds up from a rather intriguing beginning. Very catchy and the Aussie influences are apparent, there’s a decent guitar solo and not forgetting Jamie Trimble who is faultless on bass. Last up is ‘The Pilot’ very fast and it sounds like the band are just bouncing off each other, a bit of an Irish jig to end on a high.

With influences listed as Airbourne, Rose Tattoo, Thin Lizzy and Foo Fighters, the gel of pub rock and Celtic/Irish folk rubs off and Jailbirds lay down a sound that twists their favourites into a pleasing feast of upbeat, bar room rock. The Great Escape is available now on Golden Robot records and all usual platforms. If you are in Dublin or nearby on the 27th of July, why not head down to The Thomas House, for the album launch party.

‘Jailbirds lay down a sound that twists their favourites into a pleasing feast of upbeat, bar room rock.’