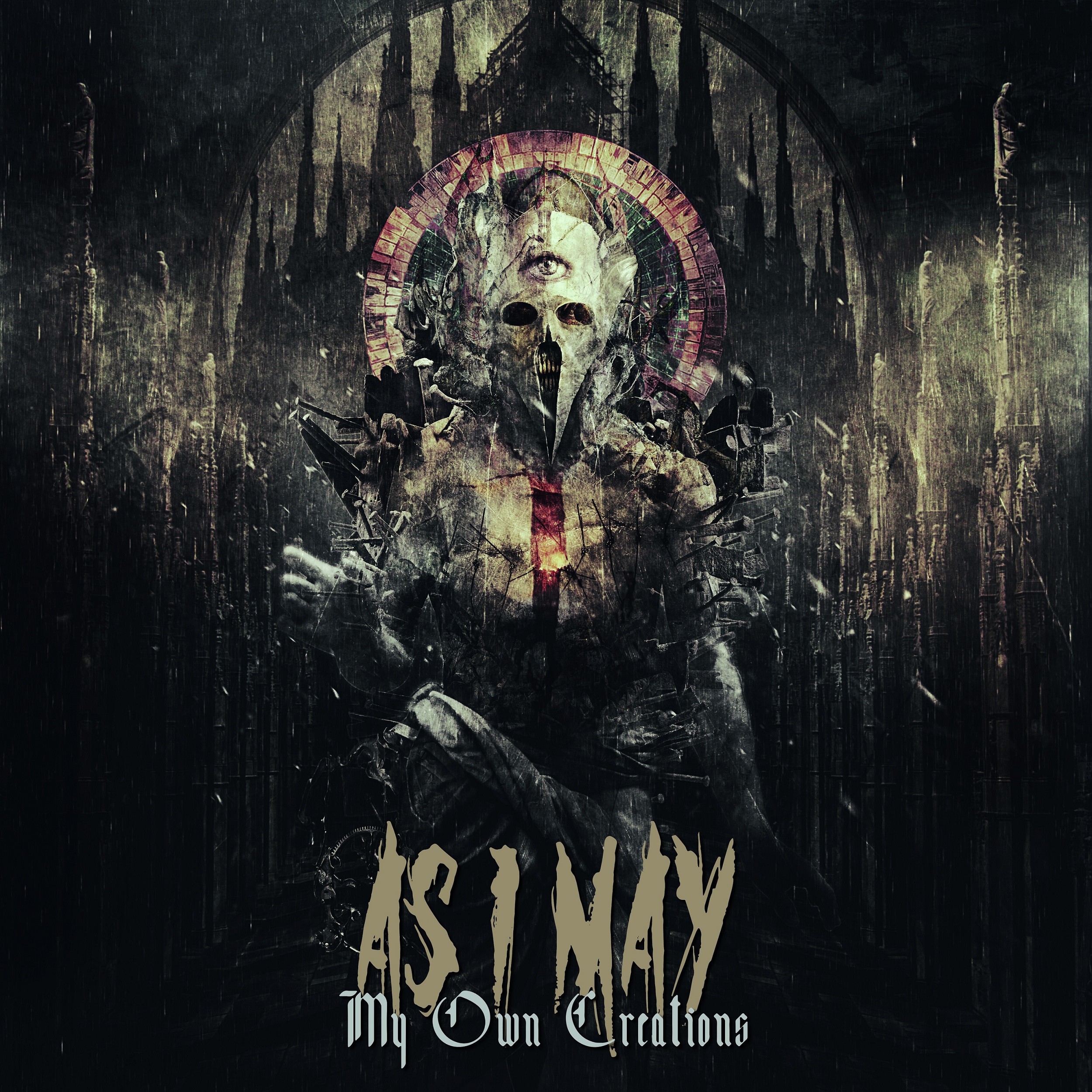 One of the things I naturally do when listening to a band for the first time is to make a guess as to what the sound of the band is based on – their name, image, and location. In this case, the band in question is the Finnish ‘Modern Metal’ band As I May, who have just released their newest album My Own Creations. Upon hearing this I initially picture a 2005 style metalcore band, similar to that of As I Lay Dying (especially given their 2018 single My Own Grave), with inspiration taken from melodic death metal, a large part of the Finnish metal sound, giving us the sum total of fast-paced, heavy, traditional metalcore. However, upon actually listening to the album, they did something rather different and more interesting than my initial expectations.

Although the album does keep to a somewhat traditional metalcore formula, a much more modern twist is present. We hear a lot of industrial elements within the album and, unlike many modern metalcore bands, As I May use synth well in order to layer the music unobtrusively, examples of which can be heard on tracks such as ‘‘Pride goes before a Fall’’ and ‘‘Necessary Evil’’. When listening to the album we also hear a substantial amount of nu-metal elements, a very popular technique that many bands incorporate into their music, and in songs like ‘’Silent’’, As I May do an excellent job of paying homage to bands like Korn and Coal Chamber with an eerie sound and more bouncy riffs pervading the entire song. That being said, those looking for a traditional metalcore sound will find some satisfaction with the guitar tone sounding aggressive and raunchy, clean vocals by Tipi Nokelainen sound very real with no autotune or noticeable production and powerful screaming by Lasse Hiltunen. As well as this, frequent use of modality gives the album a signature metalcore sound and the use of extended chords also aid this, giving many songs a warm sound, reminiscent of bands such as Killswitch Engage and Bullet for My Valentine.

However, we begin to see some problems with the album when we arrive at the third track ‘’What a Waste of Life’’ and it becomes apparent that, although the band incorporated synth rather well within the album, the guitars themselves aren’t used so well. In ‘’What a Waste of Life’’, whilst there are some nice elements such as the beast and the beauty verse-chorus structure, the song is let down by lazy guitar work, void of much harmonic or rhythmic interest. We see this again in the following song ‘’I See You in Me’’, which starts fairly promisingly with a groovy rhythm and an interesting nu-metal vibe present but the guitar work is unimpressive and the songs lack momentum, which leads to a lot of missed potential. On the whole, the drums also seem fairly basic and although complexity is certainly not compulsory within this subgenre, in this case, the album suffers from the slightly stagnant drum work. It also falls victim to a common problem for metalcore bands which is a lack of tonal variety. Most of the tracks are very similar tonally and whilst this doesn’t make any of the songs less impressive compositionally, it creates far less of a contrast between the songs when listening through the album. This makes the song changes unnoticeable and it results in some of the album’s best tracks not getting the proper attention that they deserve. Although many would say this is a rather small detail and doesn’t affect the overall experience, I can’t help but feel that the album would be more interesting if this were more varied, especially given that the final five songs all have the same tonal centre, which makes them sound very similar.

Overall, as much as I did enjoy My Own Creations, it also really annoyed me. It has very many aspects that I personally really like, the influence of other metal genres is something that metalcore holds very well to its name and As I May do a great job utilising nu and industrial metal. However, in this case, the album doesn’t fulfil its full potential as the instrumental work at its core is just too bland and uninteresting. Make no mistake, the band did do a relatively good job overall, with some very good songs available on the album, however, had the band gone through and refined some of the more underwhelming sections of the album, it could have easily been much more than just a relatively good album.

Highlights: ”Pride Goes Before A Fall”, ”Silent”, ”Cure Is Worse Than Disease”

Find As I May on