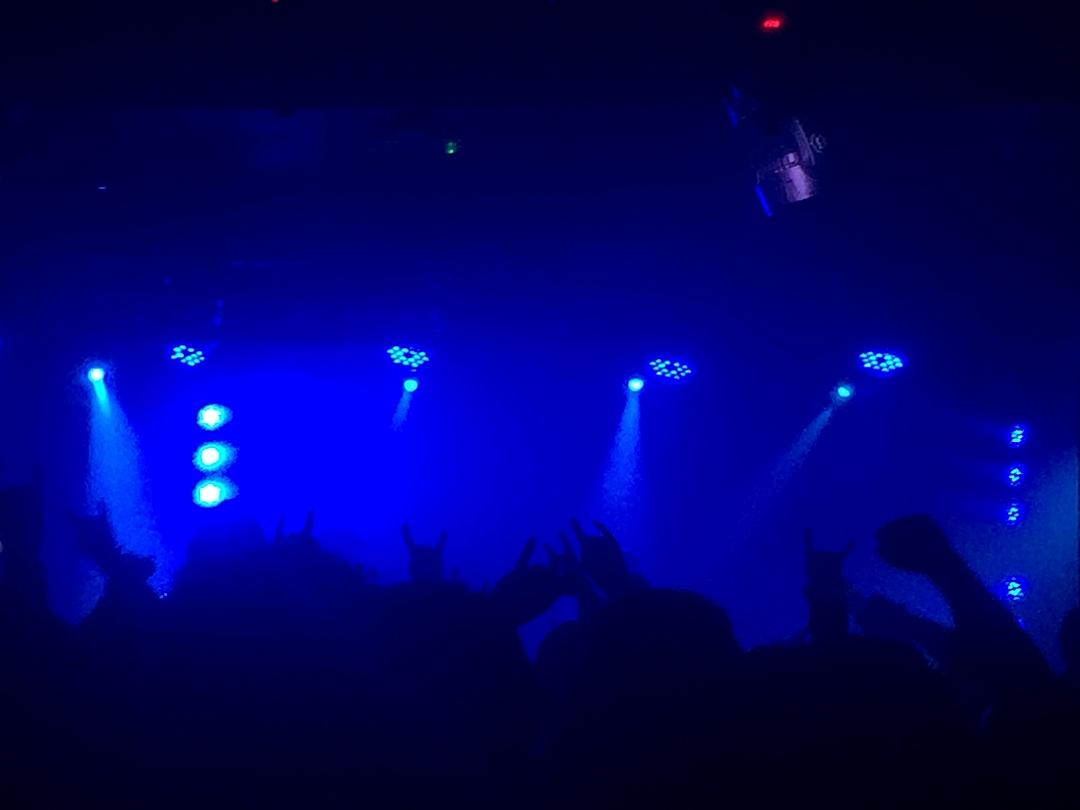 Bloodywood are a metal sensation from New Delhi, who blew up the internet with covers of “Tunak Tunak” and “Mundian To Bach Ke”. They formed in 2016, and were originally focused on parodies. However, they have now started to write their own material – and it’s selling out their shows. This particular show was at The Craufurd Arms in Milton Keynes, and the band had already played three sold out shows prior on this tour – including London.

I was impressed that the show was so packed, not initially realising just how popular they had become in such a short time. The crowd cheered as soon as they stepped onto the stage. From the get-go there was so much energy, which ignited in the audience too. Language differences were eradicated, as the whole crowd sang along to both the English and the Punjabi lyrics. A range of instruments were used, from your expected guitars and drums to traditional Indian wind instruments. From the get-go, the sound quality is spot on. Everything could still be heard impeccably at the back of the room. The set-list included songs such as “Ari Ari” and the other covers which had flooded the internet, all of which earned a mosh pit and a lot of jumping. The songs were catchy and well thought-out in terms of a set-list. They played a range of covers and original material, which was good to introduce those who had only heard the parodies the band started with.

The band also address a lot of things during their set, and it makes the crowd even more appreciative. They touch on subjects such as depression and “being as one”, but word everything in a very humble and spiritualistic way. There were cheers of agreement and plenty of fists in the air. There was a good balance of talking and playing, and it was never too much. You could tell that the band was very grateful and shocked at the response the crowd was giving. Even other aspects were well planned, such as the lighting. Everything went well with the music and set the mood.

The band finished with a short encore, and the audience chanted “Bloodywood!” until they came back on stage. After a quick ten minute spruce up, the band came back to greet fans after the show. They had huge smiles on their face, and greeted everyone with the utmost respect and appreciation.

Overall, Bloodywood did an amazing job on this tour. It was fun, interactive and full of energy. I cannot wait for the next tour!