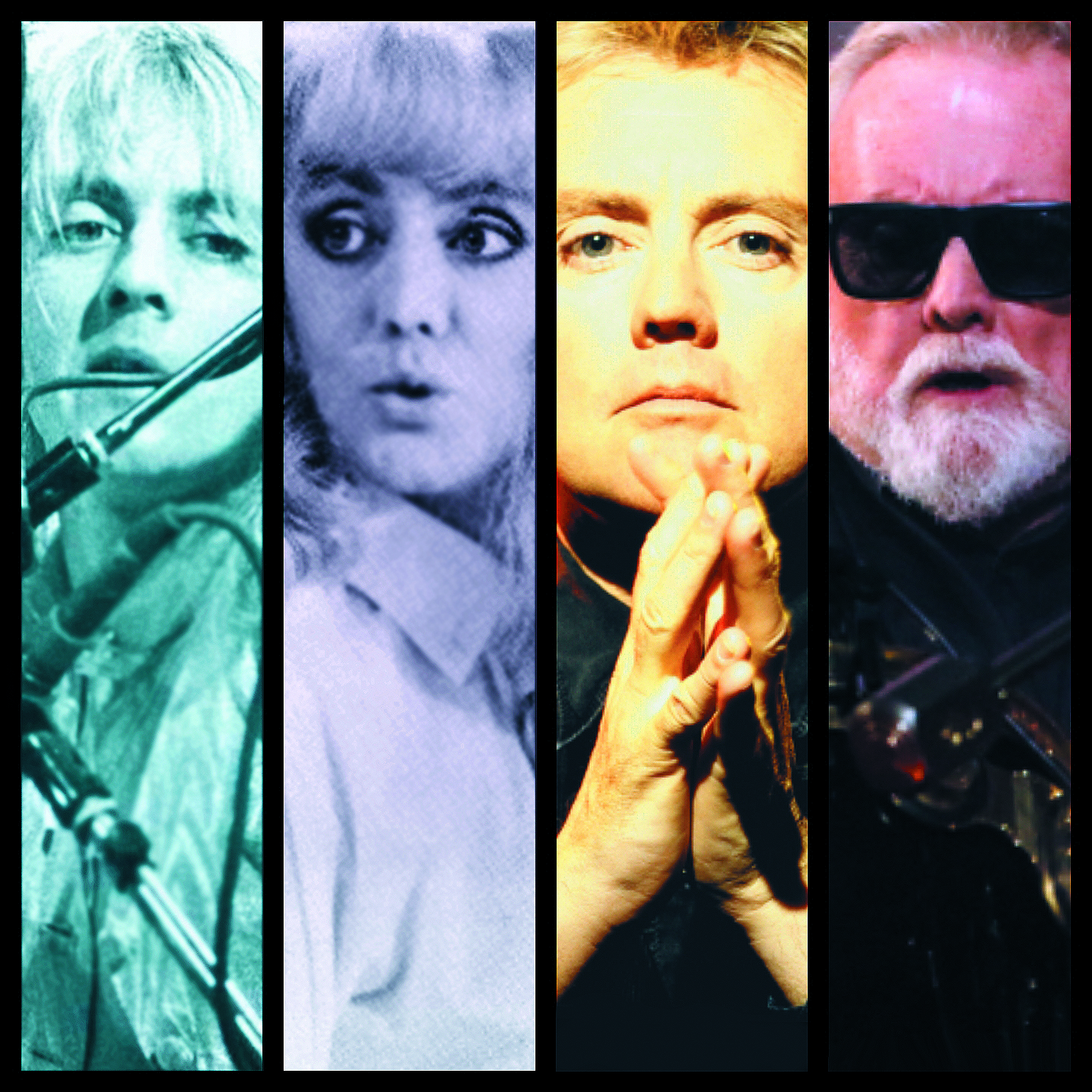 Drummers… they always get in the way. Not the following drummer though.

Today (26th July), is Roger Meddows Taylor’s 71st Birthday. And also last week was the 50th anniversary of Queen as a band. Not the Queen we know, but featuring their first bass player Mike Grose before additional bass players and then settling down with the great John Deacon in 1971.

This weekend numerous DJ’s on MMH have played tracks celebrating Roger’s Birthday… There is a lot of love there.

I’ll start why I’m doing this (apart from being RMT’s Birthday). Discovering Queen at a young age and the and becoming my be all and end all in music, collecting and absorbing everything I could… Freddie was the tart in the spotlight. There is no denying it. But who was the pretty boy sat behind the umpteen shelled kit with rototoms and a solid vocal??? Me… Fascinated!!! And if I could name anybody to who made me love rock music, Roger is at the forefront. So, here is a start….

Before I start writing a 285 page essay on Queen, Roger and his solo career and how he was the main inspiration for learning to play the drums – i’m going to pick ten recordings of Roger Taylor across his career in various forms. I’ve omitted lots of solo tracks and the like otherwise it’d be 50-100. From pre-Queen to Queen, solo albums to The Cross etc. They could be through drumming, songwriting and more – whatever takes my fancy (and no, not Rog in drag… although ask me after a few pints and a few JD and cokes)

10: The Midnight Hour – The Reaction (1966)
We’ll start at the very beginning. Roger Meddows Taylor had began his days in Kings Lynn, Norfolk before moving to Truro later. From his first band in 1964 The Bubblingover Boys and additionally Beat Unlimited shortly after, Taylor joined the band Johnny Quale and The Reactions.

One recording was prominent from 1966. A cover of the James Brown hit, I Got You. And you guessed it – Roger on vocals.

With John Grose no longer there for recordings – recording engineers which had the remaining members at the makeshift recording area in a cinema in Wadebridge, suggested they’d do additional recordings with Taylor on vocals for the extortionate price of £20. History was in the making.

From various incarnations and numerous recordings, the name shortened to The Reaction with Taylor becoming lead vocalist they started a progressively successful career supporting the likes of The Kinks as more of a cover band. Alas, this R&B outfit was never meant to last. By September on 1968, Taylor rather selfishly left for London for his (supposed) future in dentistry.

However, for my choice – I’ll choose this cover of Wilson Pickett’s hit single. Long before Mr Bulsara or Mr May had dedicated anything to tape or lump of plastic.

9: April Lady – Smile (1969)
Before the days of Queen, Smile were making waves n the London gig circuit with recordings made and playing the likes of the London polytechnics to the Royal Albert Hall. Freddie was already very much in the fold watching this 3 piece of Tim Staffell on bass and vocals, Brian May on guitar and Taylor on Drums – their short lived career ended with Staffell going on to join Humpy Bong. Taylor allegedly turned down playing in Genesis according to some (Some say he never auditioned even when asked after John Silver left the band)… but we can only speculate…

In his time with Smile and numerous recordings, this has always stood out to me the most with prominent backing vocals from Taylor. The rest of what came after is history.

8: Hijack My Heart – Queen (1989)
Don’t shoot the messenger… Jumping forward a good number of years (20 to be exact) – this Queen B-Side to The Invisible Man has all but been sidelined over the years. By the time of Queen releasing The Game, it was to be the last time Roger sang any lead vocals and the an additional release in the form of the B-Side of Play The Game (A Human Body). Anyway, Hijack My Heart has a sound reminiscent of The Cross’ Shove It album (with the exception of May’s solo). A track very much of it’s time and left out of the fold for many years.

7: Heartland – The Cross (1991)
This Peter Noone penned track for Roger’s side project, The Cross (1987-1993) and sadly relegated to a B-Side from the CD single ‘Life Changes’, the latter was featured on The Cross’ final album, Blue Rock. Heartland is a track that has some serious punch and could have (in my opinion and for it’s time) easily have been a single in it’s own right. At that point with the band, Taylor had always made clear that Queen were the prominent force in his career and they were at the point of the release of Innuendo with focus on more personal responsibilities in the Queen camp.

6: I’m In Love With My Car – Queen (1975)
I think this track needs no introduction. From the album A Night at the Opera it then became a track that (supposedly) caused rifts in the band as one of the most successful B-Side’s of all time (and most profitable) to their most notable single of 1975/1976 and 1991. Still a fan and gig favourite 45 years on… Need we say anything more?

5: Roger’s Social Commentary
Like Queen’s often overlooked single ‘Scandal’ from The Miracle era – Roger hadn’t gone unnoticed with his views in his music. He has never been a big fan of the press like the rest of the band (or many musicians for that matter). And like any normal person with an ounce of interest in the world around them, he put it to tape instead of the echo chamber like many that came after within certain movements during the mid 90’s and beyond.

4: Electric Fire promotion and Live At The Cyberbarn (1998)
This is where I kind of lost the plot with Roger and trying to watch that live show with a really slow internet connection through a 56k modem on RealPlayer. The Cyberbarn gig (at the time) on 24th September 1998 was the highest viewed live stream in history (598,000) at that time at a time where the internet was non-existent for many across the globe. It was like having a rather pixelated Roger Taylor in your living room. And to quote Roger “You Had To Be There”.

However, the promotion for the Electric Fire album was like a mine field. To my memory it’s the one RMT album that had the most promotion in the UK. Every other day it was “Did you see Roger Taylor on TV?”. It only feels like yesterday and Roger seems to be enjoying himself for the first time in years considering the previous 8-10 years…

3: Roger Taylor – I Wanna Testify (1977)
Right, apart from spending an absolute fortune on 7″ copies of this debut solo single way back when (which mostly worn out as there had never been am additional official release following that 1977 single until 2013). The whole myth surrounding this track was a corker in the pre-internet days (and too many wild stories to to list here like the master tapes were supposedly lost… Hmmmmm).

The single was a cover of a track originally by Parliament (at the time, The Parliaments) but with lyrical changes). It had no impact despite promotion on TV (such as the appearance on Marc Bolan’s show ‘Marc’) and the national press. There was no additional information and barely touched upon by Roger himself for years after. His falsetto is prominent in background harmony and is very reminiscent of News of the World era (subsequently recorded at the same time). The first solo single of any band member (We’ll discount the Larry Lurex single as that was mostly Queen under a pseudonym).

2: Friendship
From becoming friends, flatmates, selling old clothes and tat in Kensington Market to their success in Queen and beyond – there is far too many hours of footage to link. From raw footage and more… Freddie and Roger…

1: Queen + Paul Rodgers: These Are The Days of Our Lives (Live)
This track penned by Roger is significant for obvious reasons as a single and on the album, Innuendo. This video featured has Roger singing his own tune – however on The Cosmos Rocks tour in 2008 at the NIA in Birmingham, I went along with my then partner (and shortly after – my fiancée) and stood there awestruck. As well as my eyes and ears lighting up with Roger singing – it was rather special to me on a more personal and private reason.