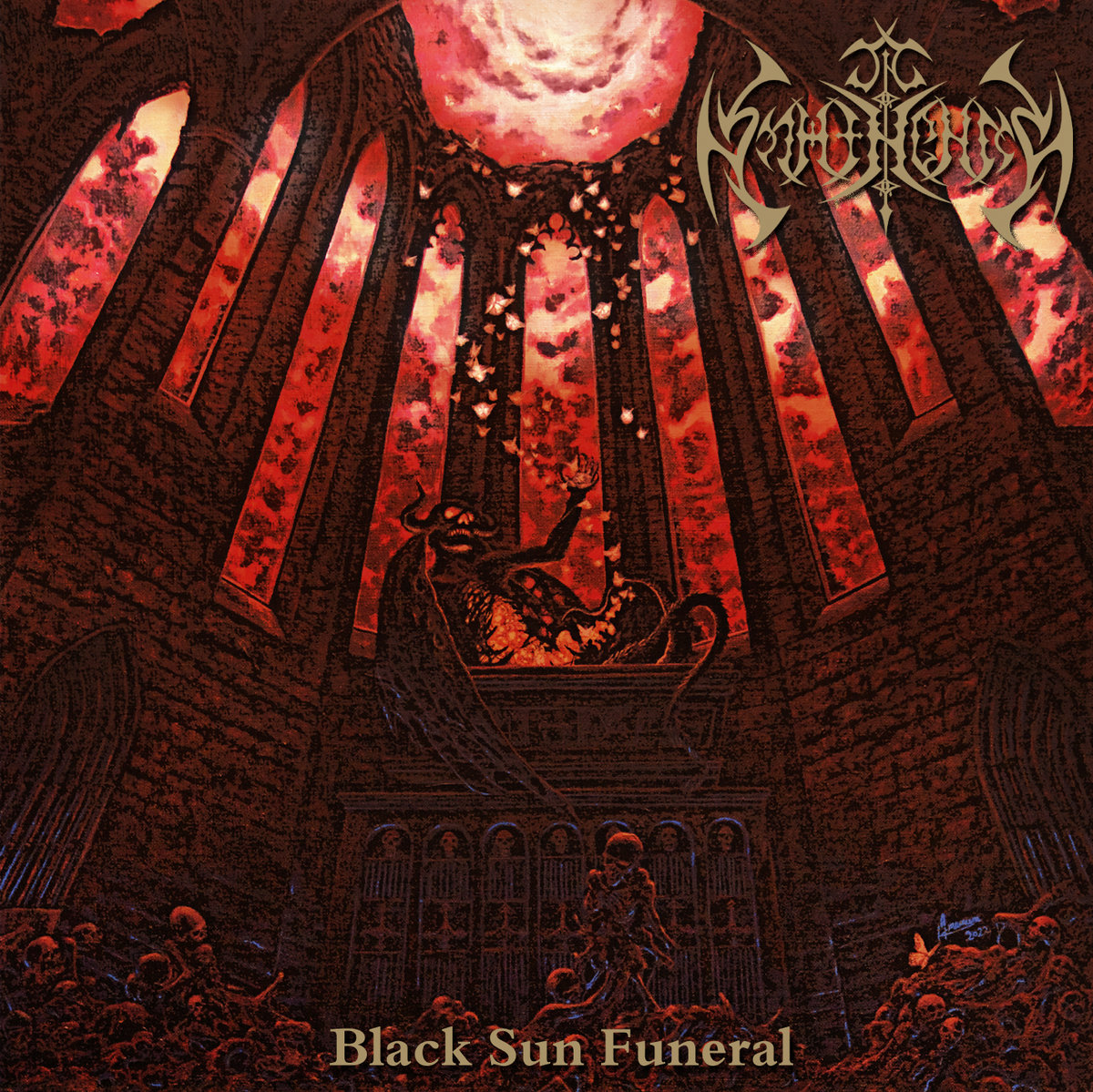 The solo project of Lord Nothingness (or Kenta Inoue, in his alternate form) since 2014 (acting as ‘The Eternal Nothingness’ for a couple of years), In Nothingness are gearing up to release their debut full-length album. A nostalgic take on old-school melodic death metal, it is sonically complete with gut-wrenching melodies, grandiose orchestration and haunting acoustic guitars. Its folky elements, slightly blackened moments and even the production values might make you think of Gothenburg, Sweden, around 1995. It comes as a surprise, then, that this comes from Tokyo, Japan, this week!

Straight away, there’s a Jester Race-shaped spirit lurking over opening number ‘The Garden of Pain’, as a memorable acoustic pattern drops into frenzied melodeath madness. With duelling guitars, hyperspeed drums and shrieked vocals, it’s going to appeal to the old-school fans. Yet the variations in rhythm, background nuances and clever key changes show Lord Nothingness’ firm grasp on the genre, a well-developed songwriter who would be mentioned in the same breath as Dark Tranquility or In Flames if Black Sun Funeral was of a different decade. The melodies in this introductory track are amongst the strongest across the whole of the album and many listeners will probably count this one as one of their favourites.

‘Sadness Is My Cross’ follows, with a melancholic, atmospheric opening. It’s an emotive record all around, for sure – the melodies can make you feel the songwriter’s despair in one moment before having a genuinely uplifting quality to them in another. The hummable melodies in ‘A Nameless Grave’ aren’t exactly joyful, but hardly have a bleak quality to them. When the twin lead guitars line up and harmonise over various points, it can feel truly special. Though many (but not at all) chord sequences might sound familiar, allowing you almost to predict where they’re going as you listen along, it’s an album full of life. The use of orchestral instruments – see the start of ‘The Last Autumn’ or over the following title track in particular – can be extremely potent and stirring as well.

It’s not anything that hasn’t been done before, but that’s not really the point. Lord Nothingness demonstrates a real passion for the Swedish death metal scene of the 90s that influenced countless bands afterward, of which In Nothingness is far from the first and surely not the last. It’s commendable how closely Black Sun Funeral seems to emulate those early melodeath bands; even the way that the acoustic guitars are recorded is distinctively vintage. Rather than being a bland copy of the genre’s innovators (of which there are many and of which In Nothingness is far from being like), the vocals drip with desolation and each guitar melody is deliberately placed to paint a cold, fantastical setting that could come from a Tolkien epic.

Unashamedly retro and strikingly musical, Black Sun Funeral may not set the world ablaze in the way that In Nothingness’ predecessors once did, but melodeath connoisseurs (or even heavy metal/folk metal fans after something a little heavier) will be sucked into Lord Nothingness’ world for 40 minutes and will find it very difficult not to keep coming back. Emotional and powerful, this is a band worth following.