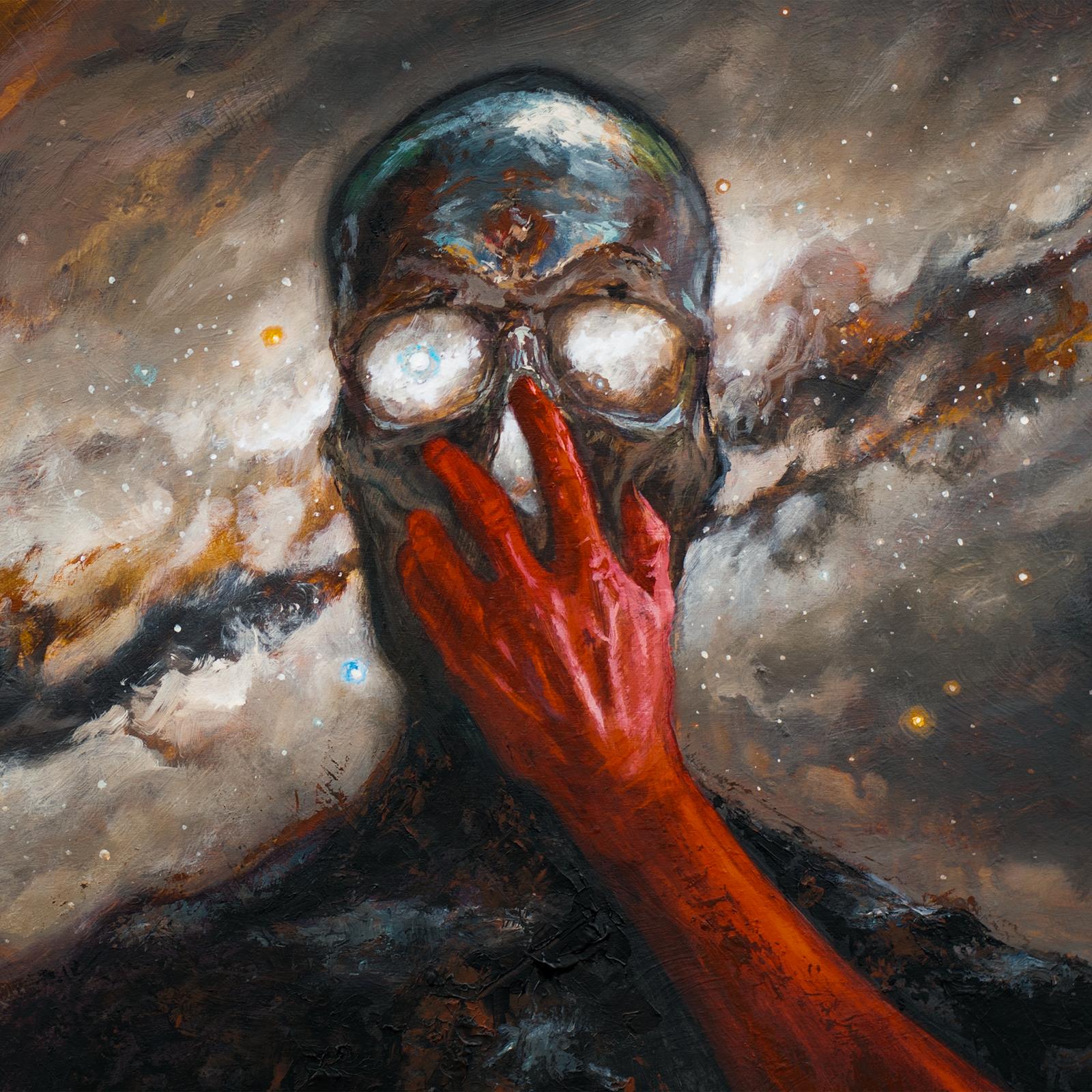 I’ve been following the powerhouse that is Bury Tomorrow for many years now, and every album they pump out brings me immense joy. When I heard that they were releasing Cannibal I was incredibly excited for its release. These Southampton rockers started back in 2006 and since then have gone from strength-to-strength. Their stage presence is also quite impressive; always full of energy and passion. So what is the conclusion on their latest album?

Let’s start with their album-titled song “Cannibal”. It’s a track that has been teased for a while, since the band first announced that they were releasing a new album. Clips of the music video were uploaded in the form of a count down on the band’s social media pages, building a fair amount of suspense. The track, much like the music video, is very emotive. It’s safe to say that it’s a signature piece on this record, and so I think making it the album-titled feature song works very well. It’s all rounded and give you a taste of what the whole album is about. I like the mix of vocal styles throughout, and lyrically it is a very strong narrative on mental health and the society we live in. It really demonstrates front-man Dan’s frustration with the world around him, and how these norms we’ve fabricated have impacted us in ways we should question.

“Gods & Machines” is another great song, which you may have heard before the rest of the album as it was used for their album promotions on social media. This song was also broken up into snippets for a fan-inclusive music video idea. Fans sent in videos of them singing along to parts of the song, which will later be made into a video. I’m really excited to see that as a finished product. I feel like the band have really pushed the boat out with this one, in terms of wanting to be inclusive of fans. I can see this track being a big one live, crowds chanting the chorus and going a bit nuts. Every album has their “anthem” per se, and I think this is it.

“The Agonist” is an emotive track, much like the rest of the album. I also find it’s a little experimental at 1:40. I think this song is probably one of the heaviest songs on the record, but in all honesty the whole album is very much level with itself. You’ve got a good mix of everything in every song, and it’s writing very well lyrically. Dan and Jason Cameron are quite the dynamic duo musically, and it certainly shines through. Like their other tracks, “The Agonist” has a tremendous transition between heavy and clean vocals which seems almost effortless. This is replicated when they play live too, and I find that all the more impressive

I’m a sucker for metalcore because I love what can be made when you mix clean vocals with a deep growl. I find it very therapeutic and heart-wrenching. Bury Tomorrow, in every sense of the word, are experts in this. In all honesty it was hard to say I had a favourite song, as they were all really good tracks. I could narrow it down to a possible top 3 or 5, but overall the album was another great instalment in the story of Bury Tomorrow. I love how much this band interact with their fans, and how real they are – in the sense that they often reiterate that they are just as human as everyone else. Lead vocalist Daniel Winter-Bates touches a lot on mental health, and that comes out in the music as well.
After “Black Flame”, and all its success, the band have really taken a great next step with this album. Bury Tomorrow have absolutely nailed their sound, and I will never not look forward to what they do next.