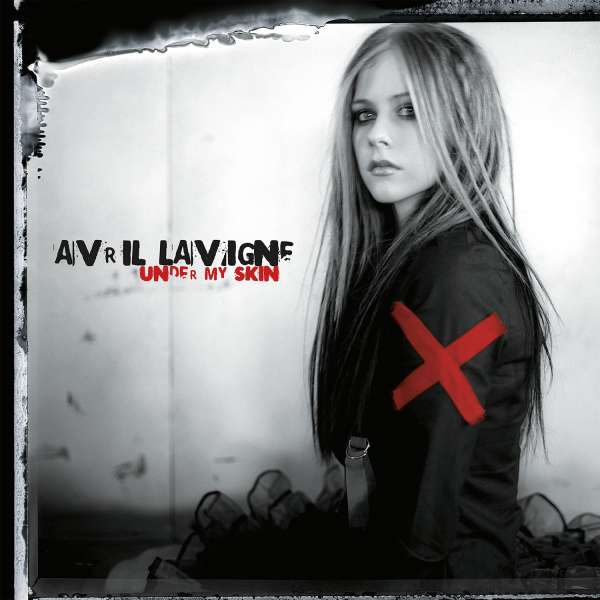 Despite have previously enjoyed Avril Lavigne’s debut, I was still apprehensive going into Under My Skin. Without big name songs like Sk8er Boi or Complicated in the track listing, I was concerned that I’d end up listening to a bunch of unremarkable, radio friendly rock songs. That concern combined with the well-known phenomenon of sophomore slump gave this album the potential to be quite boring. But once again, Under My Skin shows just how underrated Lavinge’s career really is.

The core of Under My Skin is incredibly similar to that of Let Go, but it’s executed to a much higher standard. There’s nothing that quite touches the quality of the best songs on Let Go, like Complicated, but the average song quality is much higher. On Let Go the over saturation of ballads really harmed the flow of the album, but the ballad percentage is much lower here, and all of the ballads feel much more sincere which really elevates them. Don’t Tell Me is the best ballad on the album, with a core message that’s surprisingly relevant in 2019, even if it’s undercut with some disappointingly sex negative lyrics that lean into the “not like other girls” territory present on the previous album. The pop-punk tracks on this album are also far better than anything similar last time out, He Wasn’t and I Always Get What I Want completely blow Sk8er Boi out of the water. It comes down to their much higher energy and a tiny bit more dirt under their nails, still accessible to a mainstream audience but capturing that feeling of a bunch of angry teens smashing out songs in their bedroom.

As on Let Got, Lavigne is the star of the show on this album. The clearest demonstration of this is on Forgotten, the way her voice morphs and swells throughout the track before exploding onto that Tool-esque chorus is masterful. It’s not just performances that any prog fan would admire that mark Lavigne as one of the best vocalists of the twenty first century, it’s her ability to deliver the simple hooks on the album that made her such a beloved artist. Fall To Pieces and Who Knows are the perfect demonstration. There’s no complication or showboating in her delivery, she keeps things simple and lets the song worm its way into your mind. The bridge of Slipped Away allows her to demonstrate her range in yet another masterful ballad, and, frankly, shames many contemporary pop artists with her use of that range to convey emotion.

Under My Skin does something not a lot of albums do. It fixed every issue I had with its predecessor, while also improving the over all quality of song writing. How this album isn’t mentioned in the discussion for best record of the 2000s is beyond me. My preference tends to be for a more non-linear approach to song writing, but I can easily see someone with more mainstream oriented tastes holding this up as an unassailable masterpiece. It’s a shame that the frequent elitism of the rock community has been aimed at Lavigne in the past, because if her back catalogue continues to hold even half this quality then we’re denying ourselves something great for no real reason.

Avril Lavigne is touring in April 2019, tickets can be brought here.

Songs I’d love to see performed live: He Wasn’t, I Always Get What I Want, Don’t Tell Me, Forgotten