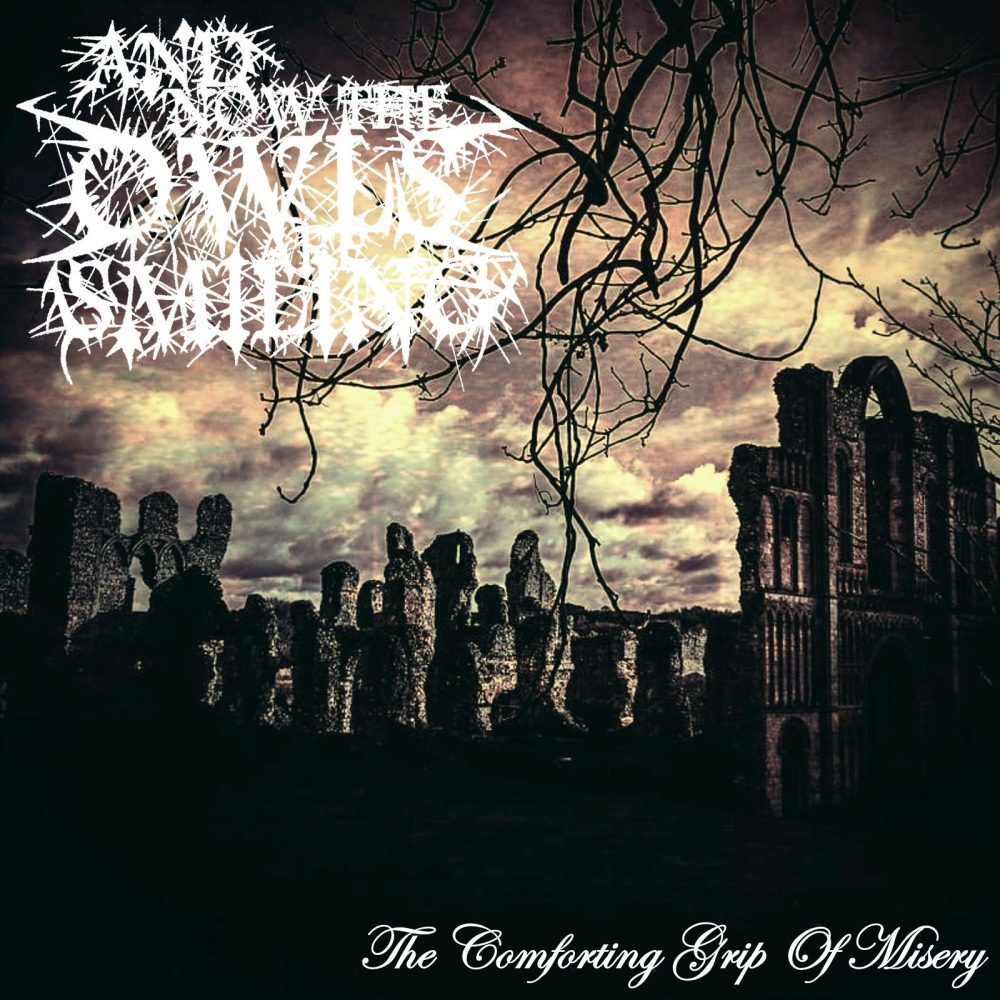 The wonder of nature was always a mystery and inspiration for many. It attracts, amazes and stuns. For its truest worshipers, it’ll be the sweetest home but for the reckless it will turn into a disastrous prison. The strong desire for closeness and longing for the beauty of nature is well reflected in And Now The Owls Are Smiling’s works.

Behind this mysterious sounding name, hides Nre, founder of this one-man atmospheric black metal project born in rural North Norfolk, England. ANTOAS derives from the countryside of the Norfolk and captures its unique and magical sublimeness in its nostalgic tracks. Its first steps towards this musical world was an EP titled The Brooding and full album Desolation. Nre barely took a break from writing new music. Soon after releasing his first album, he issued another EP titled Ignis Fatuus. Initially, the project was known in quite a narrow circle of ABM fans, slowly extending its recipients. Well composed and innovative pieces exploring the bitter sweet beauty of nature, secrets hidden between old, mighty trees and the past trapped in dark forests drew atmospheric black metal fans’ attention.

The Comforting Grip of Misery was officially announced in late September 2019. It takes And Now The Owls Are Smiling’s best features, develops and evolves them further. With great contributions from Linds Bestwicke’s lovely vocals and Steve Blackwood’s mesmerising guitar solo, Nre has composed a real masterwork. The album is absolutely full of bewitching tracks, pleasing even the most demanding listeners.

The opening track Our Forest Calls Me Home conjures the atmosphere of late autumn with sounds of rain and storm, promising a feeling of nostalgic grief over misty silvan home. The next track, An Indictment, reveals the raw but still very melodic, and a bit folky, looped guitar riff that blends well with Nre’s high pitched screams. Title track, The Comforting Grip of Misery is an absolute masterpiece. Listening to this charming and compelling guitar solo by Steve Blackwood from Old Corpse Road blended with amazing, dark and melancholic shrieking vocals gave me intense chills. This track is the sweet essence of sadness and catharsis that all fans of depressive and atmospheric black metal are after. Once you got trapped by grip of misery, ironically it become your comfort zone that you nerver want to leave. The Comforting Grip of Misery sticks in ears and minds for good. Right after this great track comes another one – Winter’s Elegy. It is a wonderful vocal display of Linds Bestwicke from Corvid’s Call. Her beautiful and mesmerising voice recites a sad poem lamenting to the winter with sounds of a freezing cold snow storm in the background. That voice keeps repeating ‘Be still’ – winter has come and you can’t help it, there’s no point to fight or strive. ‘Be still, Be still, Be still, Winter is now your new king’. Winter’s Elegy is another great track from The Comforting Grip of Misery album. An Empyreal Spirit Dances Before Me is the longest composition of the album, composed of raw tremolos pickings and some melodiousness, well mixed with bleak vocals. The Hollowness of Existence reflects thoughts of the meaninglessness of life and feelings of helplessness. It starts with some distorted guitar sounds and a statement ‘I’m so f*cking normal’ turning quickly into another slow track full of melancholy and sadness, summing up the atmosphere of the whole album. The Comforting Grip of Misery ends with a lovely, touching, comforting but still wistfully reflective, acoustic instrumental track titled Betarachtungen, translated as ‘meditaions, considerations’. It’s a wonderful track to stop and contemplate the beauty in misery.

The Comforting Grip of Misery is a rare, honest and very personal reflection of nature and sorrow. Nre’s caught the essence of his need of constant intimacy with inspiring him mighty forests of Norfolk. It really was a great pleasure to dive into the magical and misty world he created. With my eyes closed, I could see an old and hazy forest hiding mysterious secrets between its somber trees. I feel that everytime I listen to it, I discover more and that is why I will return to The Comforting Grip of Misery many times. I’d recommend this masterpiece to everyone looking for an enchanting and atmospheric album. I assure you, you won’t be disappointed.

Highlights: The Comforting Grip Of Misery, Winter’s Elegy, Our Forest Calls Me Home

The Comforting Grip Of Misery is available from 1st November 2019 via Clobber Records.

For more on And Now The Owls Are Smiling visit: Facebook