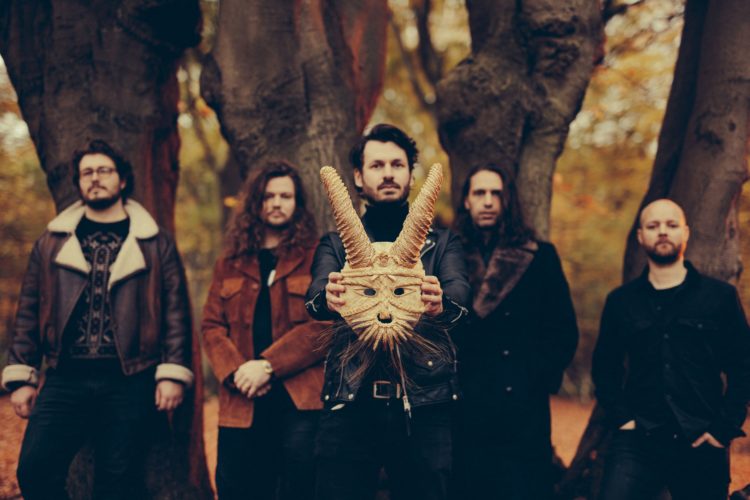 By the time this version of Repeat Offenders goes out on Facebook this Friday, I’ll be losing my mind at Bloodstock festival. I hope those who are going are having an amazing time and those stuck at home, well, that gives you more chance to read my ramblings about my current favourite tracks.

In the run up to Bloodstock I’ve been checking out a few new bands. I’m a massive fan of how the festival have dealt with band drop outs due to Covid by adding lots of underground UK acts to the line-up. The two I’m most excited about seeing is Mother Vulture (more on them in the next paragraph) and Green Lung. I’ve been intrigued to check out Green Lung after a Guardian article described them as blending horror and folk with an occult like fanbase. Their latest release Reaper’s Scythe is a blistering track that certainly lives up to the hype. Beginning with gentle melodies that have the merest hint of Iron Maiden to them, the track kicks off with groovy distorted riffs and vocals that are akin to Uncle Acid and The Deadbeats. Clearly there’s recognisable tones here but make no mistake, Green Lung are masters of their own sound with clear nods to retro psychedelia and the early emergence of metal. Reaper’s Scythe is ominous, emotive and beautiful.

As soon as I read about Mother Vulture and Metal Hammer describing them as “a modern version of MC5” I knew I had to listen immediately. Apart from the smallest Western like acoustic intro, The Wave is pure rock n roll intensity from the get go. With heavier tones than previously released songs, the track kicks into full throttle with a high pitch shriek. The chorus is enormous and the vocals just exude exhilaration. I’m personally a fan of the little funky interlude between the chorus and verse, the cowbell playfully bouncing off the rhythm guitar. It’s a fantastic rock n roll track that rises to heavier heights in the outro through the use of screams that would be much more common in metalcore. The Wave is ridiculously exciting and its clear the band is ever evolving.

I started listening to The Shrine back in 2015 when I saw them on tour with Kadavar. Seeing them live I thought they were effortlessly cool as they thrashed through their gritty blend of metal and punk. 2020’s Live at Freak Valley Festival captures this experience perfectly as each track is injected with extra speed and fire. Tripping Corpse is relentlessly fast and edgy, the lyrics druggy and carefree in the most psychedelic way. The whole song production wise has such a retro “I’ve just blasted and finished this track in my garage” kind of vibe which I personally love. Tripping Corpse is wild and reckless, much like the rest of the album.

I’ve been going through a country phase over the past few months and regularly switching between Dolly Parton and Johnny Cash. Cash’s covers are second to none as Depeche Mode’s Personal Jesus took on a darker form in 2002. There’s just something so intrinsically bad ass about the isolated acoustic guitar riff, deep and foreboding, the perfect theme for an Outlaw roaming the wild west. Stripped back, the song possesses an intimate feel and is so much more personal when thinking of Cash’s troubled history and connection to religion. It’s one of my favourite tracks to listen to whilst walking alone.

The news of Dusty Hill’s passing broke my heart. I blab on about Motorhead a lot but ZZ Top even pre dates them and are right next to Motorhead as my favourite band. I’ve been listening to ZZ Top since I was a kid, often watching a DVD with my dad of all their iconic MTV era music videos. On a whim, I decided to see them in London in 2019 and I’m forever thankful to that gig for letting me see the absolute bass master at work for the first and last time.

There’s so many ZZ Top songs that I could have picked that not only showcase Dusty’s unique bass playing but also his wonderfully bluesy voice. I’ve gone ahead and picked one of my absolute favourites and a critically underrated ZZ Top track. Ten Dollar Man from 1976’s Tejas is Texas blues perfection with Dusty’s melodic and frequently sassy vocals taking centre stage. There’s an abundance of groove and soul throughout, the instruments tight as ever and locked in with the rhythm of Dusty’s iconic voice. It’s a perfect example of the blend of blues, boogie and hard rock that ZZ Top crafted so well in the 70s.

RIP Dusty Hill, you will be sorely missed.