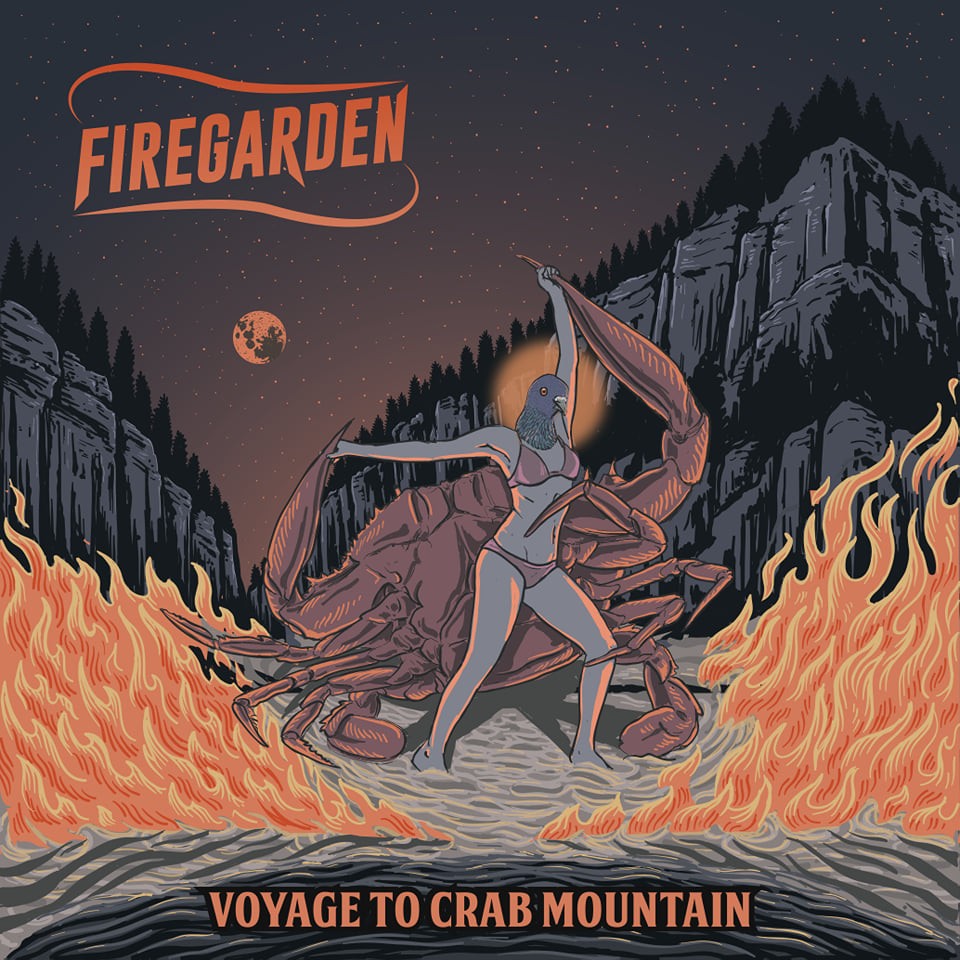 I’d like to share with you 5 of my favourite, most played tracks. These tracks are ones I listen to all the time; you know the ones, you can’t just listen once but have to replay them a few times before moving on. I’m excited to share some of my favourite music with you, songs that make the hairs on my neck stand on end. So, here goes. Enjoy.

Firegarden always take me on a journey and this track is one of my favourites; an ingenious cacophony of sound, gorgeous husky vocals and a very talented guitarist in Jake Mann. As in true prog rock style, this is a mix of styles and influences, the melodic classic rock vocals giving way to a piratical melody and dramatic vaudeville style monologue. Perhaps as a result of being together for many years, this band has one of the strongest rhythm sections around and paired with Jake’s playing, I can only wonder how on earth they are not better known.

This is my catnip. Am I a fan of prog rock? I wouldn’t have said so before I discovered Firegarden but I am a fan of Firegarden.

‘Crabs’ comes from their ‘Voyage to Crab Mountain’ album of 2018.

Mason Hill – Against the Wall

I get a real Puddle of Mudd vibe from the opening section of this title track to Mason Hill’s debut album, and it builds to a supercharged chorus which soars like a golden eagle. That voice though #hearteyesemoji. Scott Taylor has such an evocative and graceful style that holds me spellbound, whether he’s singing a ballad or shouting out an anthem like this one. He has a rich, velvet-textured tone.

The fluctuation between verse and chorus is compelling as heart and soul is laid bare. A very brief guitar solo from James is just the tip of the iceberg – boy has serious skills. But Craig is my boy crush and always has been, his cheeky face makes me feel all maternal.

FFO Shinedown and Alter Bridge, this track is permeated by a sense of defiance and proving yourself and is a full on balls to the wall rocker.

I bored everyone I know senseless about Mason Hill for many years but their debut album is my redemption. It has been in my car stereo (yes, my car is almost as old as me) since purchase and it is my album of the year.

Those Damn Crows – Blink of an Eye

The melody is mesmerising from the off, exciting and urging you forwards, hooks that dig deep into your skin. I am completely at the mercy of the song, singing loudly is not an option but a demand, it’s exciting and exhilarating. Charismatic frontman Shane Greenhall – one of the most captivating lead singers I’ve ever witnessed – has a powerhouse voice and his impassioned vocals add fire to the song. The drum beat slays you and the sludgy guitars pummel you into submission.

This is not their heaviest song but it remains my favourite from TDC and is from their debut album ‘Murder and the Motive’ in 2018. First released as a single in 2016, it’s a firm fan favourite and was re-released as a B side on their Record Store Day special edition purple 7 inch vinyl, proving that time is not diminishing the popularity nor the quality of this track.

There are two versions of this song, the original which is very much for fans of Foo Fighters, and an exquisitely beautiful and heart stopping acoustic version which establishes Greenhall as a voice for the generation. Two very different and equally fabulous versions of a truly great song.

I heard this on the tv recently and it has been playing in my mind non-stop since then. I dug out my albums and re-listened, remembering the power Radiohead’s music has over me.

Storm clouds gather as the instantly recognisable and haunting riff plays, and melancholic vocals beautifully demonstrate Thom Yorke’s vocal prowess in this oldie from 1996. The track has urgency and intensity, like life is petering out any second, and a sombre, gloomy feel, though it is never depressing. It’s lyrically astute and by and large astoundingly evocative, giving me feels on top of my feels. A huge story is told with a few words and some incredible musicianship, such is the genius of Radiohead.

This is the final track on their second studio album, The Bends (1995) and was released as a single in January 1996, reaching number five on the UK Singles Chart, Radiohead’s highest chart position up to that point.

Take a listen to completely lose yourself for a few minutes and “Immerse your soul in love”.

Heavy pounding, a meaty riff, and dulcet vocals, ‘Invincible’ makes me feel just that. It is catchy as hell and a great driving track, and blew me away the first time I heard it. Some songs just resonate, and like the other tracks in this listing, Invincible reaches deep inside of me.

This is a real powerhouse from their self-titled debut album, all of which is killer, no filler btw. Hollowstar have all the right ingredients for a long and successful career so I hope the Gods are smiling on them as we emerge from the drought.

Joe Bonson is an enigmatic frontman who charms the audience whether he’s singing or chatting, such an open and authentic individual it would be impossible to not like him.

As always, the song is lyrically meaningful and passionately delivered, and the dual guitars are remarkable creating a gritty edgy sound. The song is infectious and won’t budge from your mind after just a single play. The hammering beat speeds your heart, throbbing in your chest in time to the music. Love love love it.

I love everything about this band and they can do no wrong for me.