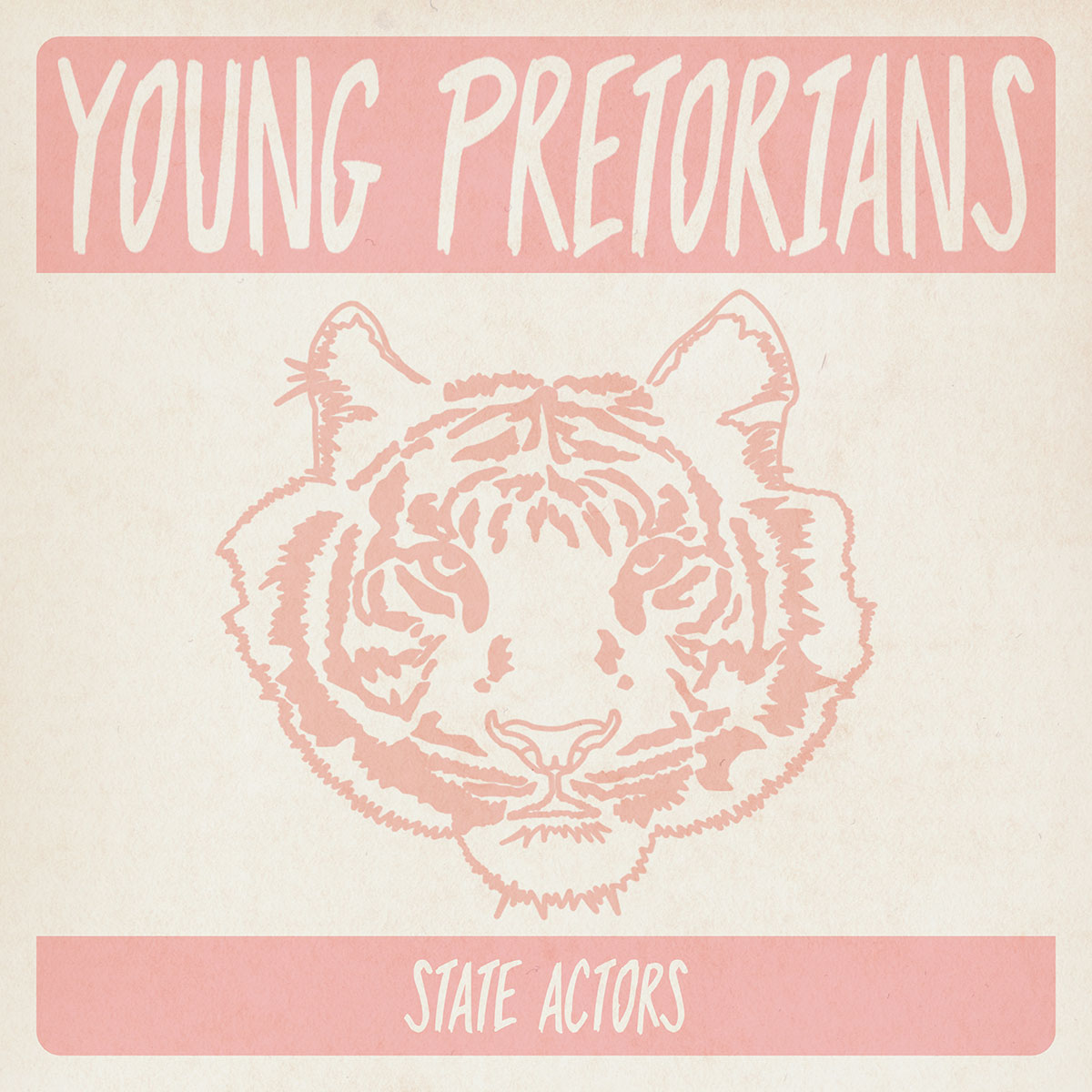 “Call it Punk, call it Rock and Roll, call it guitar music, call it what you will. Let’s not let genre get in the way of a good song now”. Well said Pretorians, Well said.

Southside newbies Young Pretorians dropped their debut EP “State Actors” today and I have to say, It’s a solid release from the potential fast risers

Hailing from the idyllic seaside town of Southsea Pretorians grew up swallowed by the mundaneness that can come with living in a “perfect” resort town, the band aimed to spill all their feelings and experiences into their tracks, and It looks like they hit the nail on the head.

The EP is only a four-piece setlist, but each song speaks truths about the band’s origins and the complications that come with living through your 20s.

The first song on the release ‘Desperation Party Scene’ debuts the band’s rendition of modern punk, fans of The Menzingers and old Green Day will find the style easy to fall into, it’s a refreshing change from the more hardcore scene that punk is heading into these days.

The album takes a turn into a more common catchy sound by track three, following a more lighthearted punk sound to go with the lighthearted lyrics that talk of a realization that comes too late.

The lyrics of the whole EP tell of stories of loss of loved ones, the strains of long-distance relationships, and the exhaustion that comes with being young, it’s a mature concept that even some big-time bands have a hard time putting into words, but Young Pretorians seems to manage it perfectly, giving us lyrics that make us identify with the band, but also giving us a beat that makes us feel just the right amount of okay.

One of my highlights on the track was ‘The Shakes’, the track is a huge banger, it’s catchy, the lyrics hit home, and the band really fell into their own sound, which was a mix of Three Doors Down and Green Day, which weirdly worked perfectly.

Young Pretorians almost sounds like a band that has been established for years, they’re up there with established groups like Against Me!, Teenage Bottlerocket, and The Menzingers, yet they’re new, It’s one of the first times I’ve felt like I’m on the ground floor of something amazing to come.

The group still has a long way to go yet and a few areas still need tweaking to properly fit in with the rest of the crisp sound, but saying all that, the group is one to watch, and it’s only going to get more exciting now that restrictions are coming to an end.

The album is just 18 minutes long over the 5 tracks, but the group manages to fill every single second of those 18 minutes with pure bliss, definitely worth the listen.

You can buy State Actors through the band’s merch page here.

Young Pretorians almost sounds like a band that has been established for years, they’re up there with established groups like Against Me!, Teenage Bottlerocket, and The Menzingers, yet they’re new, It’s one of the first times I’ve felt like I’m on the ground floor of something amazing to come.