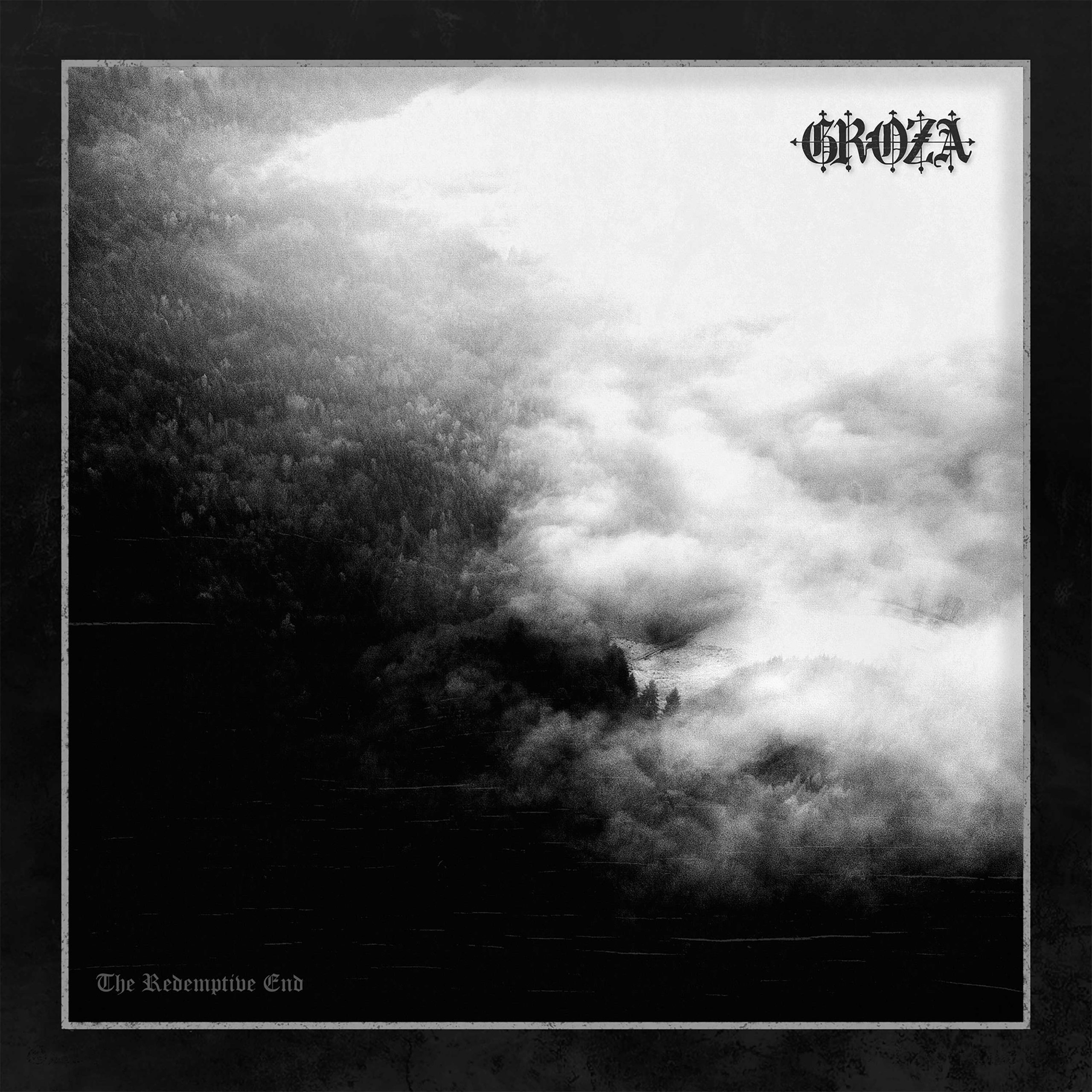 After a very strange year and a bit for us all, Groza have focused on some of the more negative and pivotal aspects of recent events such as hopelessness, resignation and isolation and harnessed these feelings into fuel for their second album ‘The Redemptive End’. Founded in 2016 as a one-man project by singer/guitarist P.G, a gradual two year build included the formation of a full band and culminated in their debut release in 2018 – ‘The Unified Void’. Much like their first release, Groza are releasing this record under AOP Records who are most notable for bands like Harakiri For The Sky, Fellwarden, Forndom and many more; this is hopefully a sign of a strong future for the German black metal outfit.

Opening up proceedings is a song split into two parts, the first of which is very much an intro to the whole album whereby it demonstrates Groza’s flexibility and dynamic control of lighter, cleaner tones that then evolve into the more traditional black metal distortion. Overall, a solid opener that doesn’t overstay its welcome and introduces you to the themes, atmosphere and techniques that Groza will be making use of. Also, right from the get-go, you can hear the excellent production value applied to this album, every instrument has its designated place and the overall clarity and crispness on display should not go unnoticed.  Moving into the second part of ‘Sunken In Styx’ entitled ‘Descent’ we are greeted with the full force of Groza’s blistering black metal. What is great here is the immediate carrying over of some of the melodic phrases used in the previous part, which is great to see as some acts include tracks as “parts” and there is no real sense of any link between them – so full marks here.

As we approach the middle stages of this album, we see a couple of the singles Groza have released. ‘Elegance of Irony’ is a more open and flowing track that also increases in scale and scope. It is easy to see why Groza has selected this as one of the singles with a haunting video to go along with it. Expertly crafted melodies and song structure is on display here, with furious black metal blast beats and the icy chill of the blizzard wind-esque guitars.

Moving over to the title track, ‘The Redemptive End’ begins with a furiously malicious rout of pure black metal “riffery”, it delivers a successful sense of urgency and intensity. Towards the middle of the track we get to a break in dynamics and it drops out to a delicate clean guitar simply playing on its own and eventually joined by the others in a similarly toned down fashion. This break adds a whole new depth to Groza’s sound and creates a moment of reprieve and reflection within the chaos surrounding it; as this section comes to a close we are met again with an even angrier storm of Groza’s power. Both this track and ‘Elegance of Irony’ manage to remain catchy despite their extreme styles.

Before wrapping this review up, I’d like to spend a moment to appreciate one my personal favourites on this album: ‘Nil’. This track serves up some incredible riff mastery that is sure to please any metal fan. It contains stomping and grooving rhythms combined with some expertly designed dynamic decisions – commonplace throughout this record it seems. I could go on about many positives for this track, but what really grabbed me was the riff about half way through; it carries such power, groove and is absolutely dripping with evil that is one of the best I’ve heard in a long time. It was one of those points where you stop whatever you are doing and immediately focus on the music.

Groza have followed up their debut with an absolute black metal stunner that is well worthy of your time. Nothing short of riff excellence, atmospheric mastery and mesmerising melodies can be found on ‘The Redemptive End’. AOP Records have once again helped to deliver an extreme metal ripper that will please many fans and hopefully rally a few newcomers to the darker side of metal.