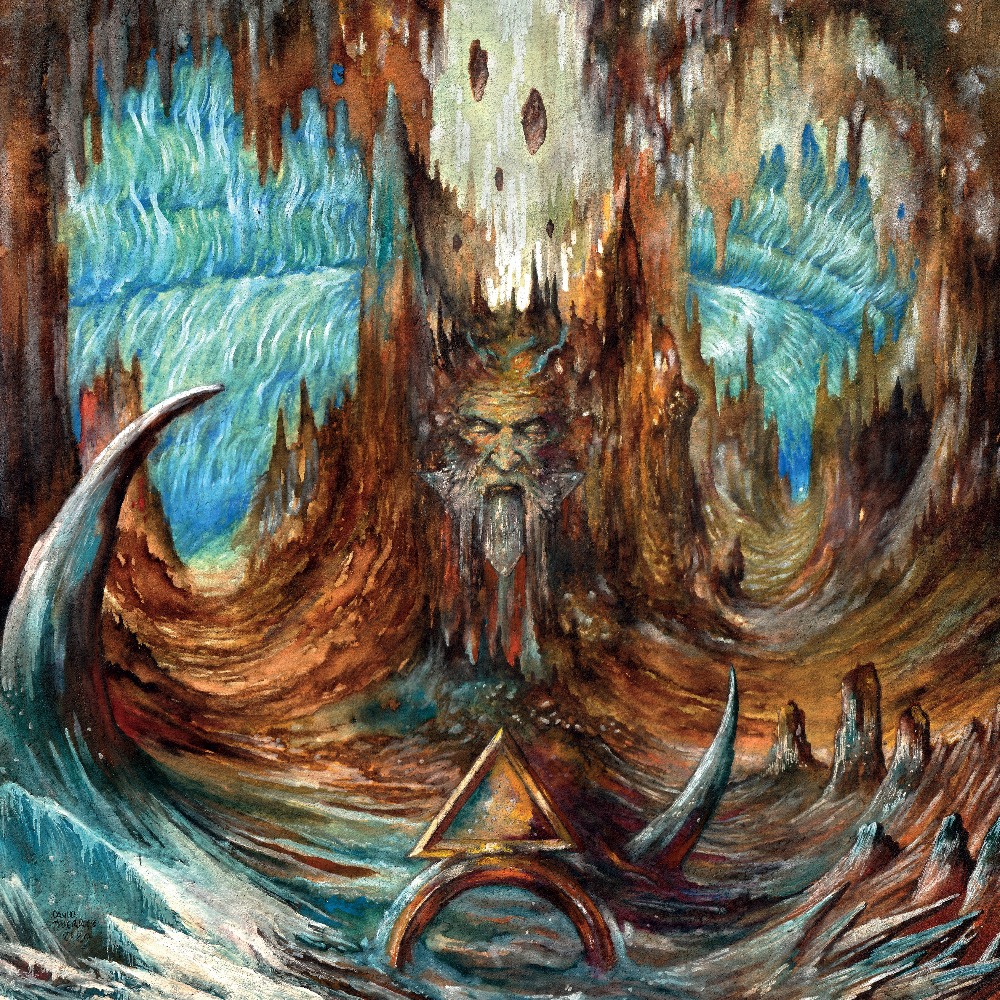 Rising from the ashes of doom band Church of Void, Finnish Fimir have blazed back on to the scene with their debut record ‘Tomb of God’ from Argonauta Records. Almost all members from Church of Void have transcended into Fimir, apart from the drummer who has been pinched from Septic Apes. A new dawn is on the horizon and after pushing through some lockdown setbacks, Fimir are ready to tackle the world.

Steeped in a fantasy doom atmosphere, Fimir creates a wonderfully vast scale that echoes their dramatic album cover. Within this chasm however lies a very powerful, sludgy riff fest akin to the stampede of mammoths. Signalled by an ominous few chimes of a distant church bell, opener ‘One Eyed Beast’ teases the riff with a bass line drenched in effects and then kicks into action with the full band and in an instant you’re head-banging along to a groovy doom riff. While Fimir have certainly got their roots firmly in doom which translates well through their atmosphere and tone choices, there is definitely some power metal influence here in just the overall presence. While there is no mimicry going-on there is some Grand Magus influence just poking its head up now and then.

The following two tracks continue in similar fashion with exciting and pummelling riffs accompanied by some nice lead work on ‘Horde of Crows’. We also hear some traditional heavy metal influence shine through on ‘White Wolf’ with again some melodic lead work sprinkled over some bouncing riffs.

Fimir changed things up a bit on ‘Obsidian Giant’ and stripped back a lot of the electric guitars in favour of the bass guitar, at least during the verse sections. This dynamic between the vocals and bass guitar works extremely well and provides a new dynamic to the listening experience at this point in the album and provides a much more sombre mood. A bit of breathing room, slight creative exploration and a solid vocal performance by Magus Corvus, ‘Obsidian Giant’ is a high point of the record.

‘Temple of Madness’ is a bit of a slow-burner (well, it is a doom song), but compared to the rest of the album it takes a little to build up and it all comes together in this super heavy riff that delves into a guitar solo to take us out of the track. Some strong Black Sabbath influences are seen here more than anywhere else on the record with some of the earlier riffs really invoking the Iommi style. It seems you simply can’t have a doom record without a tiny bit of Sabbath worship!

Closer ‘Mausoleum Craft’ takes on a haunting journey with the vocals sounding very mystical and ritualistic. On this track Fimir shows some of their creative colours by incorporating some more soundscapes and occult influences, broadening their playbook once again.

Fimir have produced a vibrant debut record that is sure to spark a positive new journey after their leave from previous band Church of Void. A good mix of tried and true doom tactics but with a unique vocal style and some dips into further creativity, ‘Tomb of God’ is a sign of a band finding their own and we will hopefully see this develop into something special over the coming years in Fimir.