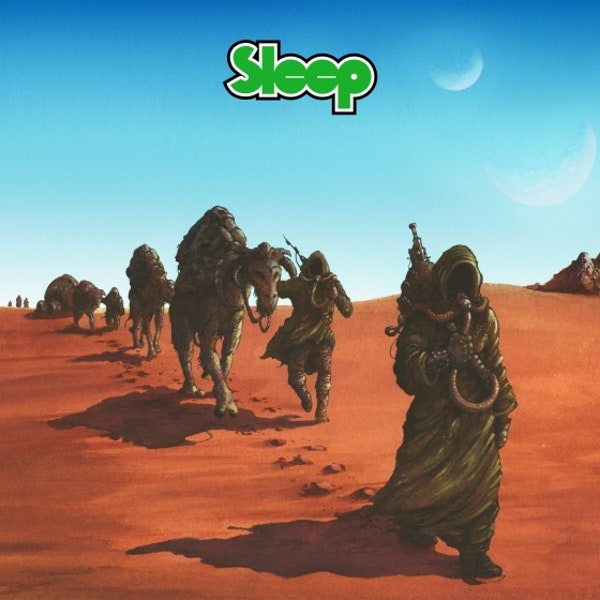 I’m once again back to contribute to Repeat Offenders by ignoring the brief and picking whole albums and spiralling out of control upon hearing a record slightly out of my comfort zone. It’s always struck me as slightly amusing that Repeat Offenders comes out on Fridays, the day on which myself and my D&D group indulge in Posi Vibe Friday. Weekly, we share songs that make us all feel good or happy in some way- my past two Repeat Offenders lists could easily qualify as lists for Posi Vibe Friday, but this one absolutely would not. Have fun with that, I guess.

If The Hell stop dropping bangers, I will stop including them in Repeat Offenders, it’s that simple. Joris Part 2 doesn’t deviate too much musically from Part 1, instead choosing to continue the narrative directly and expanding on the humour. Not before giving us the only Covid anthem, we’ll even need in Back To It. I was slightly worried going into Part 2 that there wouldn’t be any songs as big as Dickheads For Life or Nuts & Bolts. I was pleasantly surprised by songs like Uncle Alan’s Car Shack and especially The Open Road, which features national treasure Jamie Lenman filling the role of aging popstar Jeremy Lonsdale. Part 2 also features the biggest plot twist of 2021, which I won’t spoil for you here, but it does allow us to recontextualise We’re The Greatest Hardcore Band Of All Time as a song. Of course, if you’re just looking for classic The Hell shenanigans, rest assured there’s plenty of that, including a choir singing “stick it up your arse” at one point. There’s plenty of sincerity here too on Give It Some Heart. This might be one of the most enjoyable albums of the year, from the perspective of sheer joy induced.

I’m breaking my habit on never picking an individual song for repeat offenders here. In my defence, Dopesmoker is over an hour long and the only song on the album of the same name. If you think an hour of slow, patient stoner-doom riffing is probably a bit much, you may well be right, but this is one of my favourite songs, and albums, of all time. The hypnotic, patient approach to the music is enveloping. It’s very easy to lose yourself in the pure vibes that Sleep are able to conjure. As an absolute classic of the genre, I don’t want to dwell too long on Dopesmoker, as smarter people than I have said everything there is to be said about this odyssey. If you do listen to it, I suggest putting on your good headphones and closing your eyes, letting the riffs consume you. If you happen to indulge in certain substances which I don’t, I suspect that this may elevate the experience, but remember to be sage and sensible.  This isn’t fun, so much as it is relaxing.

British Post-Metal crew, Bossk have returned with a new album this year, and damn is it a good one. Swimming in floaty, faintly unsettling yet somehow lush ambience, into crushing waves of cavernous, metallic guitars, Migration feels like an ebb and flow of some sort of vital essence. In a similar manner to Dopesmoker, this is a journey (a migration if you will… I’ll see myself out), but not one that exists on pure vibes. Instead, Migration is built on a subtle paranoia, aided by the fact that the album is mostly instrumental but even when the two tracks with vocals come in it’s not much of a comfort. This isn’t the most claustrophobic post-metal album by any means, nor the most apocalyptically heavy, but it does conjure a unique sense of persistent unease.

Daughters- You Won’t Get What You Want

This album makes me feel wretched, scared, pathetic, useless, worthless, depressed, vulnerable and unlovable. And I bloody love it. It’s not a metal album, or even a rock album. It lives in a much more electronic realm. It’s the sound track to a nervous breakdown, grinding your face into the dirt, confirming every single one of your insecurities and vulnerabilities. It spits on you and indulges your worst fears until you’re fairly certain the world would be better off without you. It drags all of that out of you and leaves you purged of it all, but still in need of some sort of psychological intervention and convinced of your own insignificance. I promise I’m okay. I think it’s impossible to have a good time listening to this album. I don’t even think I enjoy it, but there’s something so alluring about its bleakness that I can’t help be drawn back to it, again and again. I’m not sure I can recommend this to anyone. It’s certainly an experience.

Lex Bratcher- Thanks For Waiting

A friend of mine shared a video of Lex Bratcher adding a verse to Megan Thee Stallion’s Thot Shit, this lead me down a road to finding this record, which has thrown me into a bit of a spiral when it comes to my role as a music critic. You see, I’m very unfamiliar with hip hop in general, so I don’t have the vocabulary to be able to talk about this record very much beyond “record good, I liked it”. And that is true. Record good, I liked it. But it made me question how I can perform the role of a critic of rock music when we’re moving into a stage of the genre where we’re starting to see a re-emergence of Nu-metal and rap elements in rock music in our exciting new bands. The kind of bands I want to spend my time talking about and pushing forward are borrowing elements from something that’s so far out of my comfort zone that I don’t know if what they’re doing is any good. I know enough about pop to know a lot of our bands who borrow from there make worse rock music to try and crow bar in bad pop choruses for crossover appeal, but I can’t make the same determination when it comes to hip hop. I was listening to the latest Hacktavist album the other day, not knowing if what they were doing vocally was actually good, or just another in the line of bad rappers trying to get a pass in rock music. (I like that album for the record, big love to Hacktavist) I think part of the problem is how rap is often pitched to myself and possibly other rock fans, often we’re told to listen to rap that’s “aggressive” but I often walk away disappointed, it’s not exactly Trap Them is it? Why pitch us aggressive rap? We’ve got music over on this side of the fence that’s far more aggressive than can exists elsewhere, I don’t need more of that, I need a different flavour, something that makes rap stand on its own feet. If it’s not aggressive rap, it’s just big artists whose music I’ve heard in passing not a good base for understanding the genre or what makes it good. Maybe that’s on me but if I’m not vibing with your Kendrick Lamars, Cardi Bs, Megan Thee Stallions, etc. Where else am I supposed to go? I don’t live in that world, all I can do is check our recommendations and big names. Maybe I should just give up and accept it’s just not for me, but every now and then I’ll here a record that I really enjoy. I’m missing something and I don’t know what it is. Am I just a failed music critic whose analytical ear has worn out by the tender age of twenty-four?
Oh yeah, I was supposed to be talking about Thanks For Waiting, bugger. Uhhh… I could do without the autotune style on Like Dat, but maybe that’s just a me thing. The rest of this slaps. Record good, I liked it.

|
bossk, Daughters, Dopesmoker, Joris, Lex Bratcher, Migration, Repeat Offenders, Sleep, Thanks For Waiting, the hell, You Won't Get What You Want