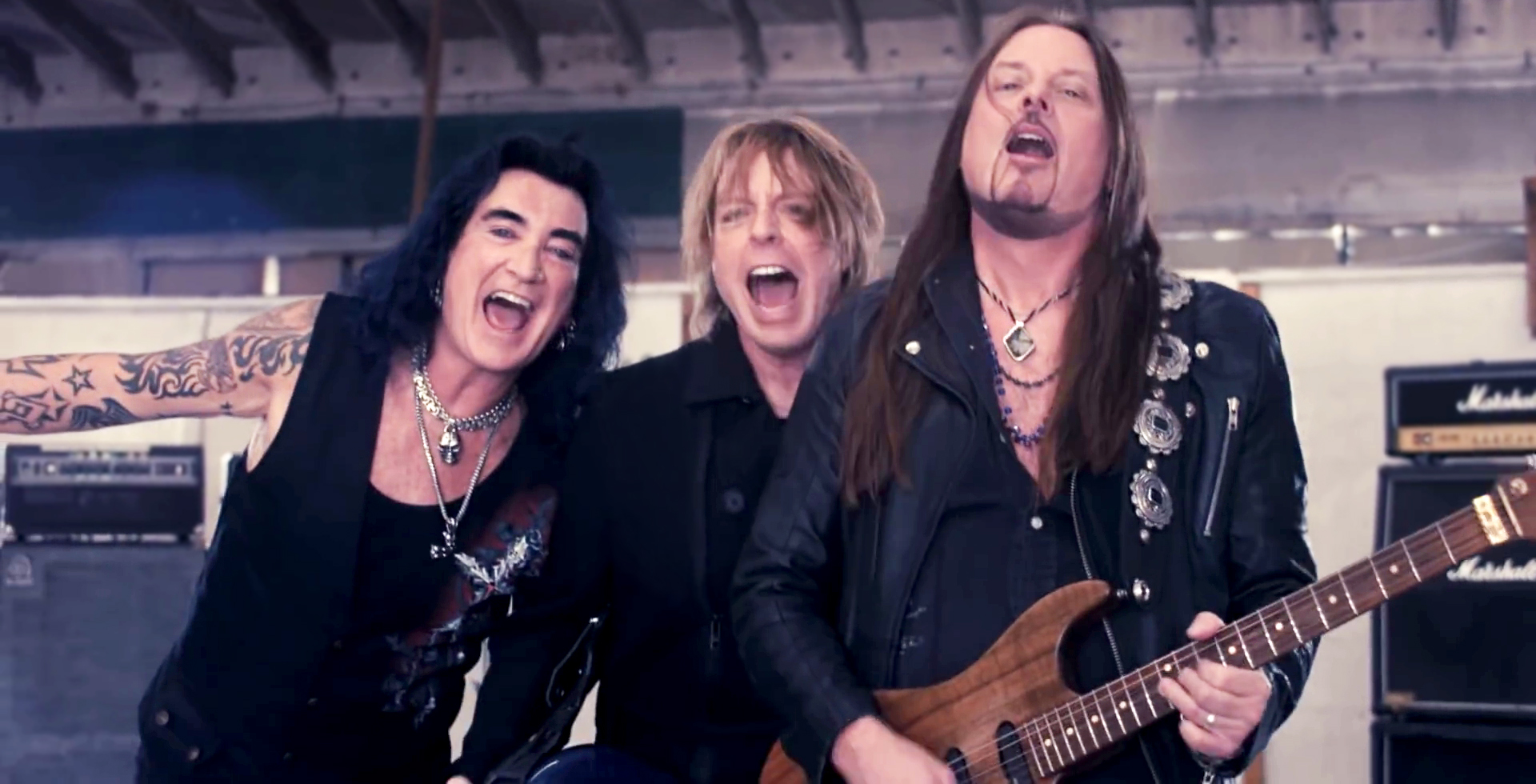 **This offering for Repeat Offenders has been extensively curated like i’ve been on the sesh for 12 months. Can you imagine that? It would put Nikki Sixx’s past experiences to shame. The last 12 months were one hell of a scary ride like i’ve been forced to listen to Babymetal on repeat or some heavily autotuned nonsense like Bloodmoney (sorry/not sorry). But, I digress. It has brought some killer tunes, albums and singles that have lifted my spirits (and my ass off the sofa during lockdown). Shall we?

Lady Beast – Betrayer
Lady Beast are a band I retouched with the release of 2020’s album The Vulture’s Amulet. A band that scream of NWOBHM with twists of other old school bands of that era – yet for me personally reminds me of a time long gone and drips harmoniously like a pubescent adolescent discovering Rock, Metal and sex together for the first time. Betrayer is a track with a chugging groove that powers along with a screaming lead vocal that needs to be heard blasting through some decent speakers. It erupts, explodes and then elevates with a kick ass solo that fellates your ear lobes based on it’s strength. You can’t help but picture Ronnie James Dio or our own Rob Halford belting out this one.

Lady Beast: A band that maybe shattering the foundations of hallowed ground stateside between Evans City Cemetery and Monroeville Mall – but this is one band that will hopefully be shattering their international audience in the near future. Love it! Raised beers and raised horns for a great band and album!

Black Swan – Big Disaster
I have no issues in declaring that Black Swan‘s album Shake The World is on my list for best album of 2020. The groundwork for a solid album was laid down to perfection. Reb Beach‘s killer riffs, Matt Starr‘s solid drumming alongside Jeff Pilsen‘s bass lines for a thumping groove – and then the “cherry on the cake” – Robin Macaulay‘s distinctive vocals from this dream of an all-star star line up. This track caught me off guard in yet another year of overly-polished offerings from many bands and labels. When the track had dropped… it dropped hard and pleasurably. I never repeat tracks on my show in a 12 month period. 3 times for this bad boy (and 5 or 6 times for other tracks from this album). Check out the track and the whole album!

Girish and the Chronicles – The Rebel
Repeat Offender… Not one track, but the whole album… Rock The Highway has all the elements of that classic Hard Rock vibe and solid musicianship that flows like water! Check it out (as well as their album Back On Earth from 2014).

Burning Witches – Dance With The Devil
The first time I heard this track (half asleep and picking tracks for my show early last year) – it was like somebody had slapped me across the testicles with a ruler and told me to wake up. That shit hurts… but it was a deeply pleasant experience on the ears (Make of that what you will). I’d only previously dabbled with the band after hearing their album Hexenhammer some time back – yet this was something that screamed at me. Let me be clear… The whole album is aflame to the point it stands on it’s own teasing you to dive in again and again. That title track from that album has been a personal and show playlist favourite all year and works solidly by electric and acoustic.

Chez Kane – Too Late For Love
This is a last minute entry as it’s only just dropped as a single. It’s entry has been made, noted, played on repeat because it stands out and completely caught me off guard. And believe me – it stands out! Chez Kane is no stranger to the world of Rock and has been in the ears and eyes of the UK music scene for well over a decade. This single…. Well…. is pure nostalgic audible porn! Especially for the show I present – this is a killer track with solid vocals and great production. And dare I say it, one of the best Rock tracks I have heard in 12 months or more. If you love Chrissie Steele, Lita Ford, Lorraine Lewis, Janet Gardner, Saraya, Lee Aaron etc… BOOM! If this single is that good – the self titled debut album is gonna be on fire when it is released in March. Need I say more?